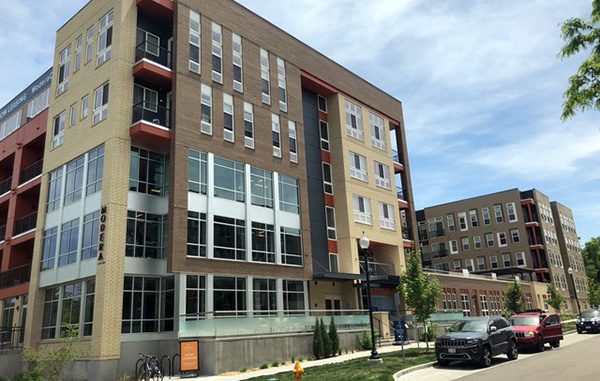 The Modera Observatory Park apartment complex in Denver sold for $93 million. (JW Cos.)

A recently completed, 275-unit apartment complex near the University of Denver has sold for $92.5 million.

The seller was Dallas-based Mill Creek Residential, which developed the complex.

John Winsted of JW Cos. represented the seller. He said construction was completed last summer and the complex is 75 percent leased.

Mill Creek paid $9.18 million in two transactions in June 2015 for the land where the complex was built, according to county records.

Brian Wynne oversaw the development for Mill Creek. Studio PBA designed the project and Shaw Construction was the general contractor.

The Modera Observatory Park apartment complex in Denver sold for $93 million. (JW Cos.)

A recently completed, 275-unit residential property has been snatched up by a California company for a hefty sum.