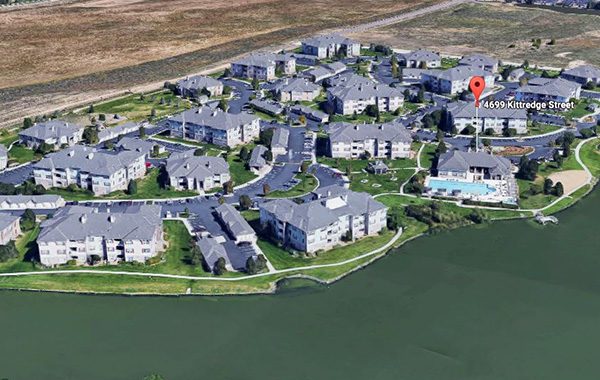 A Georgia real estate firm has shelled out nine figures for a northeast Denver apartment complex.

Atlanta-based Cortland Partners, acting as Kittredge Co Partners LLC, purchased 4699 Kittredge St. in Denver last week for $101 million, according to property records. The price comes out to about $230,000 per unit.

Cortland’s director of investment Adam Hazlett said the complex, Lakecrest at Gateway Park, has 440 units. One-bedroom apartments start at $1,218, according to the property’s website.

Hazlett said Cortland purchased the property as a “value-add opportunity,” and plans renovations.

The seller was Irvine, California-based The Bascom Group, which purchased the property in September 2007 for $51.7 million, according to city records.

The transaction brings Cortland to three properties in the Denver metro area, all acquired in the last two years. The firm purchased The Covington on Cherry Creek at 2234 S. Trenton Way in Denver in February 2016, and Westview at Union Station at 10185 Park Meadows Drive in Lone Tree in February 2017.

Cortland has eight offices in the U.S. and China, including one in Greenwood Village, according to its website.