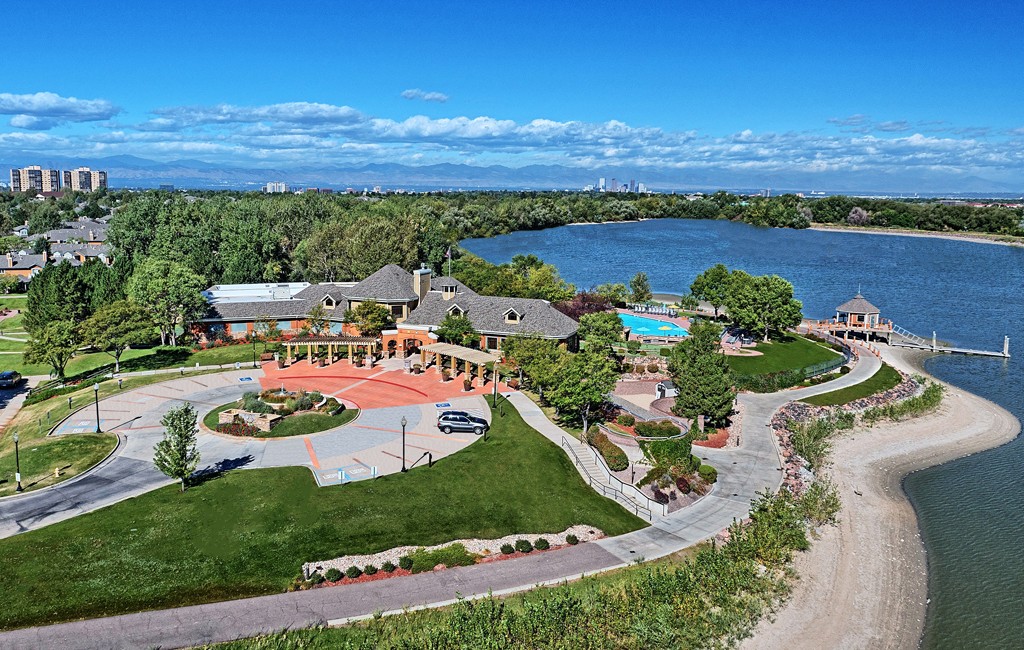 The Breakers Resort, completed 20 years ago, was bought for $350 million.

A Miami-based firm has splashed into Colorado with the biggest multifamily acquisition in Denver history.

Pensam Residential, along with BH Equities and Wafra Capital Partners, bought The Breakers Resort apartment complex near Fairmount Cemetery from Koelbel & Co. and The Bascom Group this week. The Denver Business Journal reported the sales price at $350 million.

Koelbel & Co., which finished building The Breakers 20 years ago, will stay in as a minority partner. Company head Buz Koelbel said he chose to bring on Pensam because they shared similar strategies for the complex moving forward, which will include a $20 million renovation.

“I look at them as a very non-institutional, entrepreneurial kind of partner,” Koelbel said. “They want to look at a completely new vision for how we can further enhance and improve The Breakers.”

The Breakers is the largest single real estate asset in the Denver metro area, according to a press release from listing brokerage ARA Newmark. It covers 190 acres just north at 9099 E. Mississippi Ave. The property includes 1,523 units between six separate villages oriented around a privately owned lake.

Pensam financed the acquisition with a Freddie Mac loan arranged by Berkadia. A deed of trust filed on the same day the sale closed showed a principal balance of $280 million.

The property is 95 percent occupied with average lease rates at about $1,500 per month. The average unit size is slightly more than 1,000 square feet.

ARA Newmark brokers Terrance Hunt and Jeff Hawks handled the sale on Koelbel and Bascom’s behalf. A press release from the brokerage claimed the sale as the largest Colorado apartment deal ever and the second most expensive multi-family sale in the country this year.

The property drew more than 20 offers, Hunt said. He added the pool of buyers for a property this big tends to be smaller, but right now buyers are looking for properties they can upgrade for increased rents.

“There are only so many people who can write the check,” Hunt said. “But with the majority of the funds pursuing multifamily real estate in the value add category, there was more interest than we anticipated.”

The Breakers was especially appealing, Hunt said, because its 1,500 units can create a multiplicative effect on renovation investments.

For example, fixing common amenities like a pool or clubhouse might cost the same whether a community has 200 apartments or 1,000. But if each apartment draws $50 more in rent each month after those improvements, that means higher returns for a complex like The Breakers than for a smaller property.

Koelbel said they plan to start upgrades next spring and the entire renovation program will probably take about three years. The new ownership group will look to renovate both apartment interiors and exteriors, add new amenities and revamp the community pool.

When everything is finished, Koelbel said he hopes to earn monthly rents about 15 percent or 20 percent higher than what apartments The Breakers lease for right now.

Koelbel and Co. developed The Breakers in a partnership with The Feld Co. Koelbel said they started putting together the land in 1978. It wasn’t until 10 years later that the sprawling complex first broke ground.

The first tenants arrived in 1990, and Koelbel said they added a new village each year until the project was finished in 1996.

Koelbel and Co. has owned a piece of The Breakers ever since, though its roster of partners has shuffled over the last decade. Feld Co. sold its share in 2006 when the Bascom Group and General Electric bought in.

The 2006 sale valued the complex at $190.5 million. That was the most expensive apartment sale in Colorado history until the Horizons at Rock Creek complex in Superior sold earlier last for $255 million, according to a Denver Business Journal story from April 2015.

Koelbel and Co. again became the majority owner at The Breakers three years ago in a $230 million loan refinancing. General Electric got out of The Breakers at that time.

Koelbel said he’s sticking around through the second sale in The Breakers lifetime in part because the complex holds an emotional value in addition to its immense financial value. He came on board at Koelbel and Co., the company his father founded, in 1976 just as the group was starting to think up the now-most valuable apartment complex in town.

“It’s something I’ve worked on some part of every week or month my whole career,” Koelbel said. “So I wasn’t ready to give up on it.”

The Breakers Resort, completed 20 years ago, was bought for $350 million.

A Miami-based firm has splashed into Colorado with the biggest multifamily acquisition in Denver history.