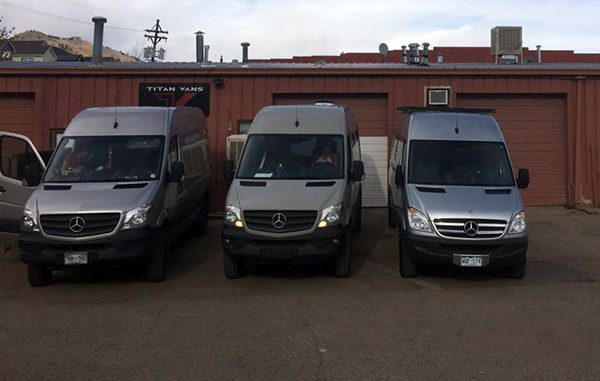 Matt North almost burned down his parents’ garage working on a diesel motorcycle in high school. The neighbors called the fire department when they saw smoke billowing out of the doors and windows.

“My parents were not amused,” he said.

“My business model right now is more to find people who have vans,” said North, 27. “I’ve spent thousands of hours researching all these components and parts for really clean design that’s durable and looks good.”

North grew up in a small town in southern Oregon, working in carpentry, flooring and other handy projects.

“I was putting engines on bicycles in middle school,” he said.

North built a truck camper to live in when he moved to Colorado five years ago to study physics and engineering at the Colorado School of Mines. He graduated last May.

During his time at Mines, he built out vans for himself and friends, even living in one with his girlfriend for two and a half years. After applying for engineering jobs last summer, North decided he’d rather drive the road less traveled and started Titan Vans.

“It’s kind of a gold rush right now in the van conversion world,” North said, adding he’ll stick with conversion for now. “As business becomes more solid I can justify going out and purchasing vans and converting them and selling them outright.”

Customers pay anywhere from $2,000 for a furnace installation to $100,000 for a full custom build that includes cabinetry, bed platforms, solar panels and wiring. Instead of using RV appliances or products, Titan installs marine products, which North said last longer.

He is also a certified technician for installing diesel appliances, including furnaces and stoves.

“You’ve got 75 square feet to fit someone’s dreams in,” North said, adding that he’s helped a customer design a van for his family of four, plus kayaks and mountain bikes. “I want to help out the DIYers because I was one.”

At the shop in Boulder, North said the company is booked out a month in advance and has made $50,000.

Titan joins other adventure van businesses in Colorado, including Colorado Camper Vans, Escape Campervans and Native Campervans. North said the popularity of vans comes from millennials not wanting to be tied down to a house or property, plus the increased interest in the outdoor industry and ability to work remotely. 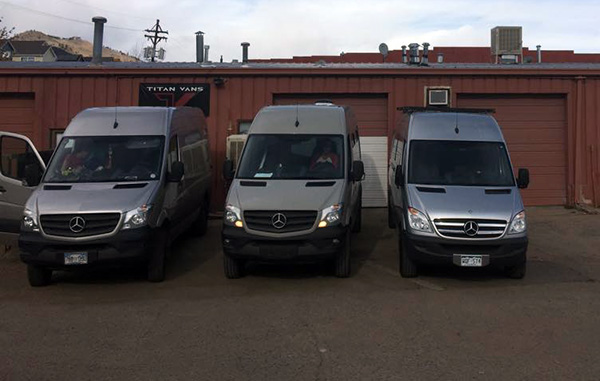