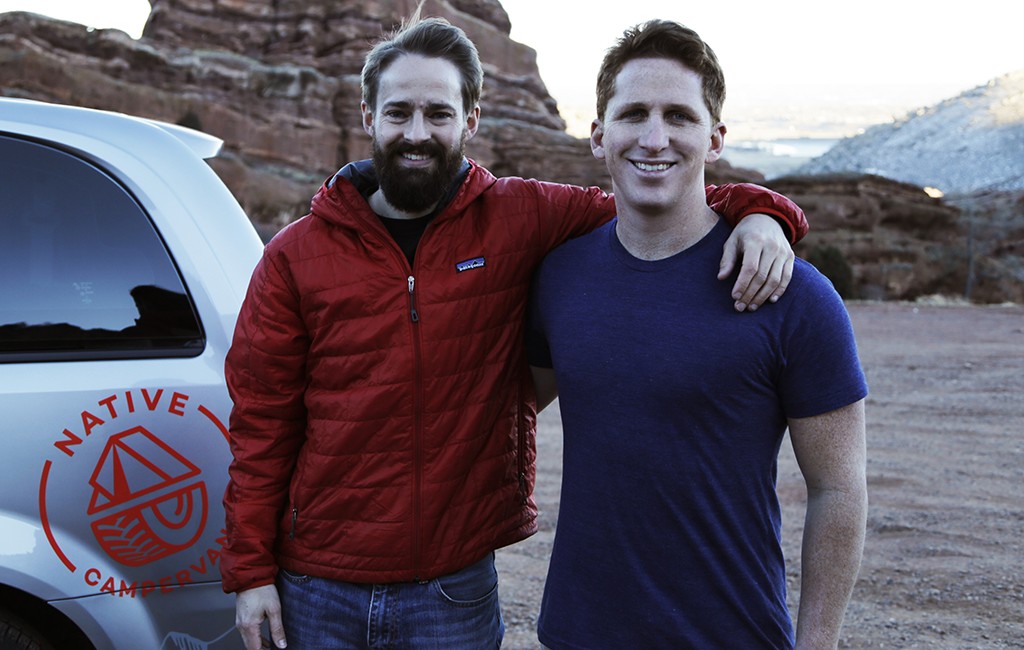 Dillon Hansen and Jon Moran spent about six months managing their rental van startup’s fleet of six retrofitted Dodge Grand Caravans out of a series of vintage Airstreams that sizzled in the sun.

The Airstreams looked cool, but the pair found that running their business, Native Campervans, out of space-age trailers was about as fun as a flat tire: warm days felt boiling and shuttling out-of-town customers from the airport to a parking lot at Federal and West Second Avenue became too time-consuming.

“We would actually try to work off-site as often as we could,” said Moran, only working on the lot if they needed to hand over the keys to their vans, which fit a kitchenette and a double bed for the comfort of road-trippers and campers.

That is now changing as the two University of Colorado alums, both 32, move their fleet to a lot in RiNo just two blocks from the 38th and Blake light rail station. It has enough space to park 18 vans.

“Most people are looking for quick and easy transport from the airport,” said Moran, adding that around 70 percent of customers are flying into Denver from out of state.

The change of scenery coincides with Native Campervans kicking into a higher gear. Come early 2017, the startup will start booking seven more vehicles, including three Ram ProMaster Cargo Vans tall enough to stand inside and wide enough to fit a queen-sized bed. 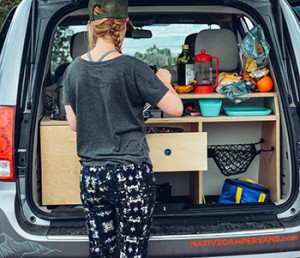 The trunk interior of a Native Campervan.

As far as business milestones, Native Campervans has been profitable in its first full year since launching in September 2015, Moran said, and is already starting to book reservations for next year.

The startup is now exploring terrain blazed by a few other local businesses.

Living Mobile Rentals in Denver quotes rental prices for its Airstreams at $200 to $260 a day, depending on the model and the season.

But Native Campervans says its Dodge Caravans are cheaper and hardier than iconic alternatives like an Airstream or a vintage Volkswagen. The vans average $100 a night to rent, a deal that includes pots and pans, blankets and sheets and no extra charge for the first hundred miles of driving.

And to set each one up costs about $4,000. Each Native Campervans retrofitted van in its first six vehicles includes bench, a table that breaks down to fit the bed, and a sink, stove and cooler in the trunk.

Summer is the busy season, Moran said, but the business has fared well with enough bookings from travelers interested in skiing or camping in colder weather that it has decided to keep the vans in Colorado rather than drive them to a warmer climate.

As for startup’s new headquarters, Native Campervans will still be spending time working of a trailer. Their parking lot rental at 3712 Downing St. includes a trailer made by their landlord, a metal artist.

It doesn’t have air conditioning, Moran said, but it does have a heat hookup.

“It’s probably more winter-proof than it is summer-proof,” he said. “That’s okay – that’s what camping is all about.” 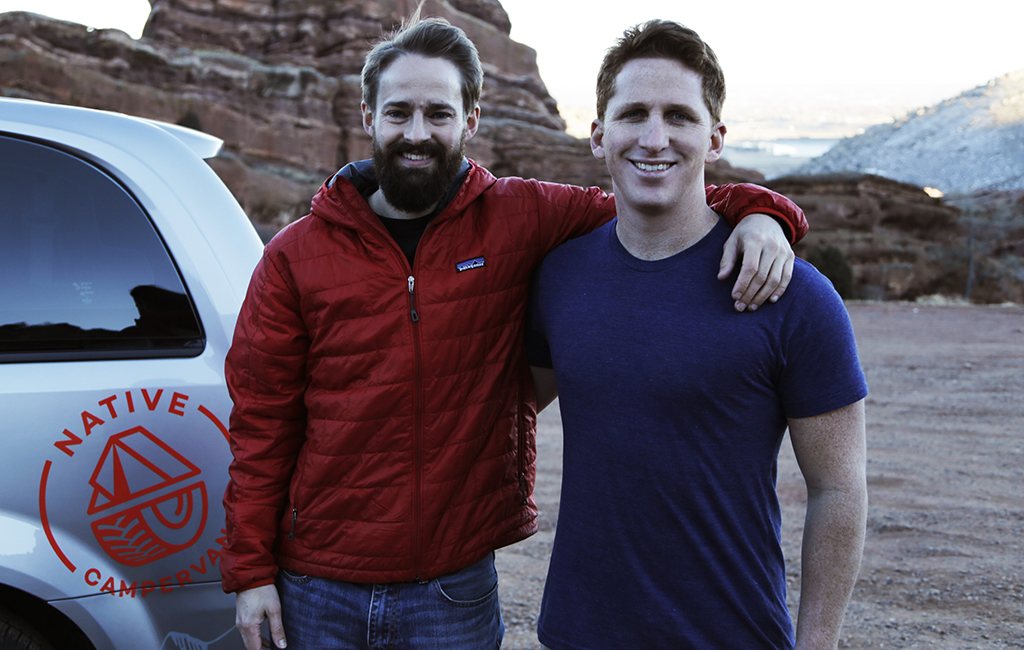 The local startup moved its lot near a light rail station and plans to expand its fleet in coming months.

I’ve know numerous people that have used Native Campervans and have had only good things to say. Great vans and great service!