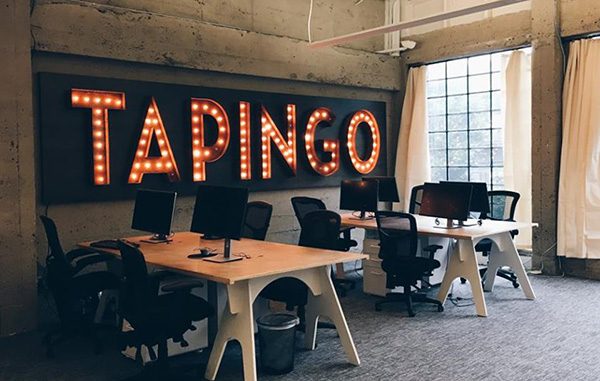 Tapingo makes an app for students to order food on college campuses. (Tapingo)

The company, which handles mobile food orders on university campuses, leased 4,500 square feet downtown on the sixth floor of 1700 Broadway.

“For the value, this building is great because you don’t have to pay Union Station prices, (but) you’re still in the buzz of the city,” said Jake Lansburgh, head of merchant sales.

Lansburgh, a previous employee of Uber Eats, moved from Chicago to Denver in August to help start Tapingo’s sales and operations office in Denver.

“Originally, it was supposed to be four to six people,” he said. Since then, the company’s Denver office has mushroomed to nearly 30 employees. “We could get to 40 within the next three to five months.”

Tapingo moved out of WeWork’s Platte Street location and into its permanent office space at the beginning of December, Lansburgh said.

“It had to be open and bright, and also had to be functional. As a tech company, we wanted an open area,” he said.

Tapingo makes an app for college students to order food from restaurants on or near campus. More than 200 universities use the app, including the University of Denver. Tapingo charges 59 cents every time a student orders food through the app.

“The university can only service people waiting in line,” Lansburgh said, but with Tapingo, students can order online, rather than wait in line.

In addition to its San Francisco headquarters and new Denver office, Tapingo has an engineering office in Tel Aviv, Israel. Lansburgh said the company is testing ways to bring its mobile ordering and pickup off campus, as well as providing ways to order products other than just meals, such as gym classes or movie tickets.

Founded in 2012, Tapingo has raised $36 million so far in venture capital. It joins a slew of other California tech companies expanding in Denver, including Thanx, Switchfly, Mindflash and Marketo.

Garrett Johnson and Winters Heafey with Cresa Denver represented Tapingo in its new downtown lease. Rent at 1700 Broadway is $30 per square foot, according to LoopNet. 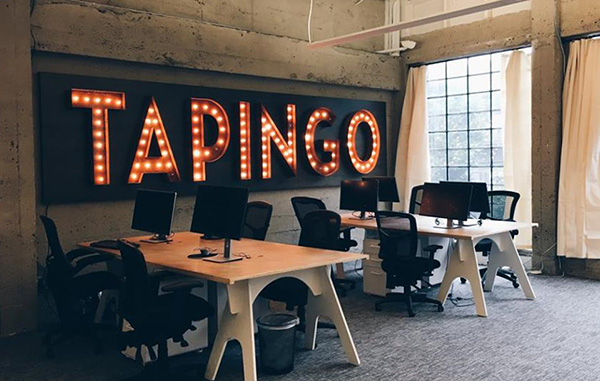