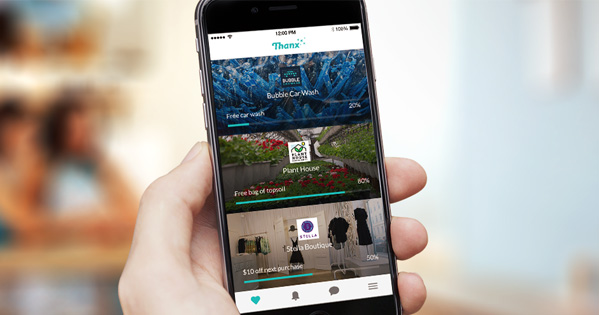 Denver has San Francisco to thank for another tech startup hungry for new hires.

Software company Thanx, which makes loyalty programs for restaurant and retail businesses, has hired 20 employees in WeWork Union Station and is shopping for a private space in LoDo as it plans to double in size by yearend.

“The primary function is to bring in a sales and sales support team to Denver,” said David Collier, head of sales. “We’re finding a lot of younger talent.”

Collier hired his first Denver employees at the end of July. The company is seeking 7,000 square feet in LoDo and hopes to acquire a permanent space by Oct. 1. The real estate will help it hit 40 employees by the end of 2017, Collier said. In 2018, he wants Denver to match Thanx’s 55-person office in San Francisco.

“We think (Denver is) the perfect place to have a hub,” he said.

He said the city won out over Salt Lake City and Austin because of a local talent pool that already feeds Denver technology companies, and due to ease of travel between San Francisco and Denver.

Unlike other San Francisco tech companies making Denver their second home, Thanx is keeping most of its engineering personnel on the West Coast.

“There is a lot of talent that’s always on the move,” Collier said. “It’s a little easier to keep them in the Bay Area.” 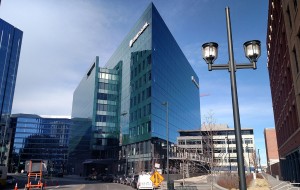 WeWork’s Union Station office space is in the Triangle Building, which sold in May. (BusinessDen file photo)

Business owners using Thanx can track revenue that customers are contributing, and can create customized campaigns to generate more business. Collier said the platform is trying to be the Amazon for brick-and-mortar businesses, including customers like Tupelo Honey and High Performance Car Wash.

“We’re trying to create that same type of view for offline retailers,” Collier said. “Actionable data is the way they can compete … against the convenience of online shopping.”

Collier said business owners pay Thanx a monthly subscription fee that varies based on the size of the company.

Last December, Thanx received $17.1 million in a Series B investment round led by Icon Ventures and Sequoia Capital. Collier said the funding is being used to expand its marketing and sales team to Denver. 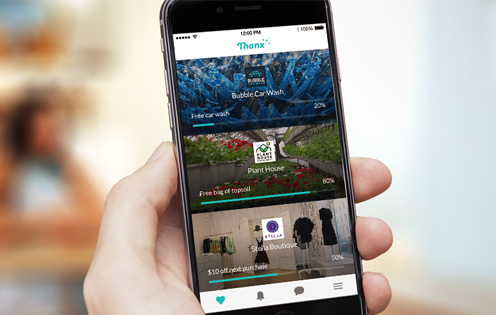 A San Francisco-based software company has hired 20 employees in WeWork Union Station and is shopping for a private space in LoDo as it plans to double in size by yearend.