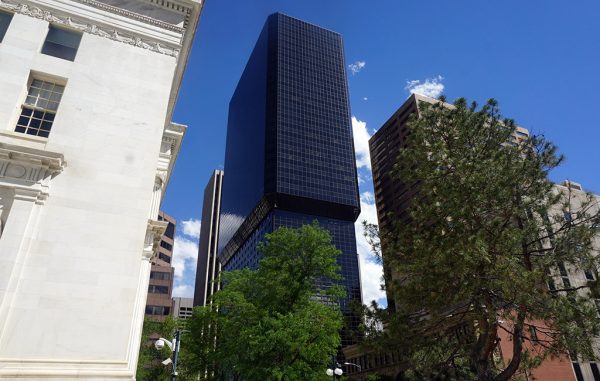 Another tech company wants to plant a flag in downtown Denver.

Marketo, which sells software to manage marketing campaigns, opened an office in Denver two weeks ago. It’s the company’s 12th location, and comes on the heels of Amazon and Apple both looking downtown and fellow email company SendGrid leasing 50,000 square feet in 2016.

“Within the next couple years, we’ll have more than 400 employees (in Denver),” she said, adding that the company is hiring for all departments, including sales and marketing, HR and finance.

Grau, who led the initiative to open Marketo’s new Denver office, said the prime downtown location was initially appealing for its convenient location.

“We’ve got the train nearby, we’ve got hotels, and you get the whole panoramic view of Denver,” she said. “We think we’ll get a lot of people interested in being downtown. It’s going to attract the talent that we want to work here.”

CBRE represented Marketo in its lease negotiation. The building at 707 17th St. is owned by Shorenstein, according to property records.

With its headquarters located in San Mateo, California, the firm has expanded its footprint to four continents, with offices in Australia, Japan, Europe and North America. Outside its Bay Area headquarters, Marketo’s U.S. offices include Portland, Atlanta and now Denver.

The Colorado Office of Economic Development would not comment on what sort of incentives might be involved in the deal.

The California-based company plans to hire around 150 more workers for the Denver office in 2017.