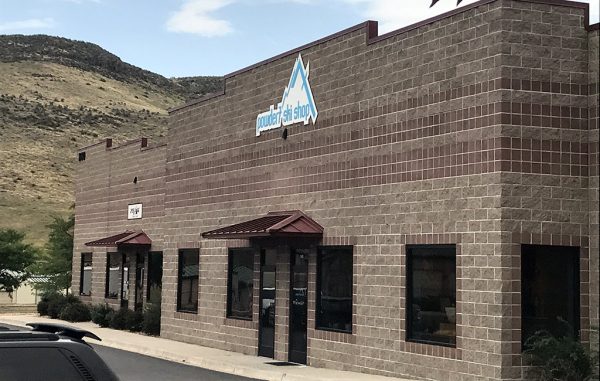 Powder 7 operates out of 880 Brickyard Circle in Golden. (Kate Tracy)

Call it a new shredquarters.

Golden-based ski retailer Powder7 is working on plans for a new 18,000-square-foot building that will combine a warehouse, showroom and office.

Ten-year-old Powder7 operates out of 880 Brickyard Circle and has plans on file with Golden for a new building a mile away at 1101 Catamount Drive.

Plans for the facility, on 1.5 acres of undeveloped land off Highway 93 near Golden Gate Canyon Road, were unanimously approved at a Golden Planning Commission meeting Sept. 6.

“We are running out of room,” owner Amy Jones said. “We definitely wanted to stay in Golden … it’s nice and close to (Highway) 93, so customers can find us easily.”

According to site plans from the City of Golden, Powder 7 will designate 2,400 square feet for retail space adjacent to a 13,400-square-foot warehouse, which will also contain 2,100 square feet of office space next to the retail shop. In the northern and southeast portions of the site, the retailer will have two parking lots with a total of 27 spots for employees and customers.

Jones said 80 percent of Powder7’s sales come from online buyers, which made it difficult to find the right building – with storage, desirable offices and a retail space. 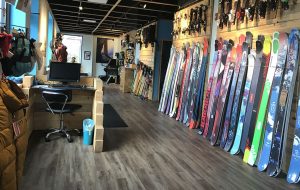 “Because our business model is fairly unique, it’s hard to get that combination,” she said. “We need all that together under one roof and that’s really hard to find.”

According to its website, Jordan Jones started Powder7 selling skis online out of his mother’s basement before moving into the company’s first warehouse in 2007. The business eventually expanded into brick-and-mortar retail, moving in 2009 to its current facility across Highway 93 from North Table Mountain. It has continued to expand operations since then, moving into adjacent facilities in both 2011 and 2015.

Powder7 is not the only outdoor company to expand its footprint in Golden recently. In 2016, Icelantic opened its flagship headquarters and retail shop downtown, and bike maker Proudfoot Cycles opened a 2,500-square-foot workshop and showroom, joining Italian outdoor brand Camp USA moving to Golden from Broomfield.

Powder 7 operates out of 880 Brickyard Circle in Golden. (Kate Tracy)

Powder7 is securing permits to build an 18,000-square-foot structure that will combine a warehouse, showroom and office on Catamount Drive.