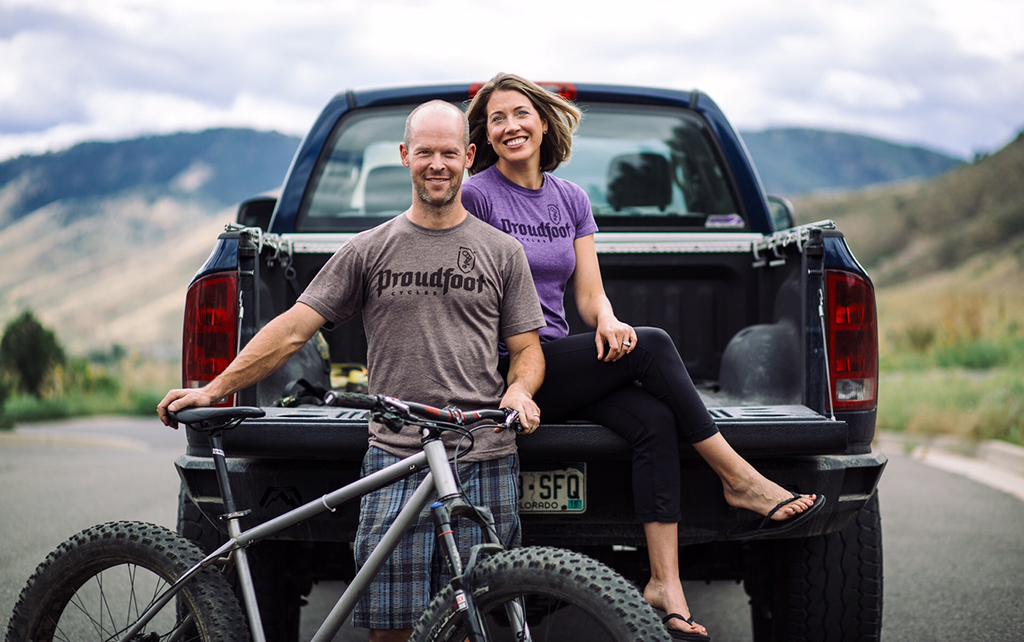 The Wright Brothers started with bicycles and ended up making airplanes.

Husband-and-wife Jon and Erin Acuff started with airplanes and have ended up making bicycles.

For eight years, the pair worked for Jon’s 60-year-old family aerospace business in California. By early September, they plan to open their first workshop for a family-run venture, Proudfoot Cycles.

“We want to take what we learned in the family business and apply it to a bike,” said Erin, 36.

Proudfoot is set to open its 2,500-square-foot workshop and showroom space in the same building where Jon’s sister, Kaylee Robbins, is starting a beer-making business, New Terrain Brewing. 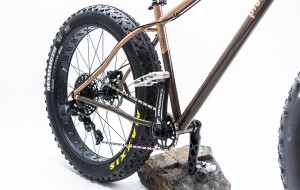 After getting a mechanical engineering degree from Metropolitan State University, Jon designed temperature and pressure components for aircraft, while Erin worked in business development.

But as an avid cyclist, Jon was ready to trade in his wings for wheels. Working with computer models and machinery meant for flying machines, he taught himself to weld and design bicycles as he would an airplane component – “as strong as necessary, but also as light as possible,” he said.

“Working on aerospace is very similar to (making) bike parts in that strength and weight are very important,” said Jon, 38. “You can’t have any wasted material in that you can’t have any extra weight.”

In January 2015 – with personal savings and some support from family – Jon and Erin moved to Golden and started working on Proudfoot Cycles full-time.

The first Proudfoot model was a fat-tire bike, followed by a mountain bike that summer and a cross bike to round out the trio. At first, each bicycle was custom built. Now, they have a standard model for all three bikes that retails for $2,000.

And Jon continues to take inspiration from the aerospace world. Proudfoot frames are made of a steel alloy more commonly found in older airplanes, rather than carbon fiber like most performance bicycles. Jon said the steel is easy to weld, has a high strength to weight ratio and doesn’t require heating or molds.

“When you look at the numbers and the strength and the weight of it, it actually can compete with the new, high tech bikes,” he said.

Erin said the startup has sold around 25 bicycles. It is steering away from custom frames, since building a batch to the same specifications is faster and cheaper than tailoring each.

“I wanted to develop the brand a little more and see how we could compete on the larger market,” said Erin. One strategy she’s pursuing is to sponsor racers and pitch potential customers at local bike events.

Proudfoot is also in the process of stocking four retailers on the Front Range –  Golden Bike Shop, Road 34, Redstone Cyclery and Green Mountain Sports – with two mountain bikes each.

Still, Jon said, customers will feel like they have the only Proudfoot on the trail.

“If they see another one like it, it’ll be amazing,” he said.

A husband-and-wife team ditched the aerospace business in California, and plan to open their first bike workshop in September.