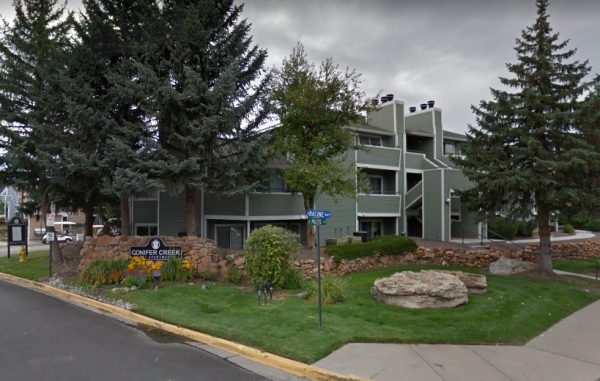 The Conifer Creek Apartments, a 480-unit apartment complex in Aurora, changed hands for $95 million last month, making it one of a handful of deals in the county to cross the $90 million threshold over the past five years, according to property records. Its per-unit sales price was $197,917.

The seller is California-based residential developer ColRich, which came just shy of doubling its money since it picked up the apartment complex and its 20 acres in 2013 for $54.5 million.

Steve Butler, director of acquisitions and dispositions, said that over the past four years the firm spruced up the property at 2205 S. Racine Way with a new clubhouse and leasing office. It also made improvements to the gym and apartment units.

Dave Martin from Moran and Co. represented ColRich in the deal. The sale leaves 12 other ColRich-owned properties in the Denver area, Butler said.

The acquisition gives Inland about 2,800 apartment units in Colorado, according to a tally of its website listings.

Besides large complexes like Conifer Creek outside Denver, Inland has shown an appetite for smaller properties inside the city. In 2015, it bought Ascent Uptown, a 22-unit apartment building on 17th Avenue, for $7.3 million, and the 42-unit Emerson Lofts in Cap Hill for $11.5 million.

According to a leasing representative at Conifer Creek, a one-bedroom unit went for about $1,100 at the end of June, and the complex is 98 percent occupied.