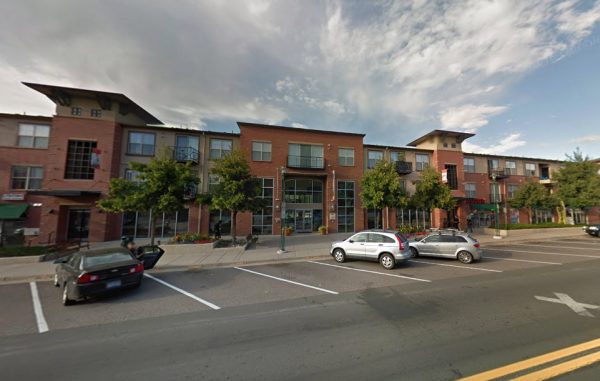 The 438-unit, two-building complex in Englewood was sold for $97 million. (Google Earth)

Los Angeles-based CBRE Global Investors purchased a 438-unit, two-building complex in Englewood for $221,461 per unit, according to county records.

Stephen Gullo, who heads multifamily acquisitions at the firm, said the 16-year-old development caught CBRE’s attention for its large floorplans and location near Englewood Station for light rail commuters.

“Denver is a market that we’ve continued to target given all of the population inflows and some of the strongest employment growth in the country,” Gullo said.

An on-site leasing agent at the complex, which CBRE dubbed ArtWalk at CityCenter, quoted 12-month lease rates on one-bedroom apartments between $1,300 and $1,400 a month. Gullo said the property was 6 percent vacant at closing.

CBRE will start to renovate common areas within six months, Gullo said. It then plans to replace appliances and finishes inside apartments. The company is budgeting renovation costs of $10,000 for each apartment unit, and more than $1 million for common spaces.

The 438-unit, two-building complex in Englewood was sold for $97 million. (Google Earth)