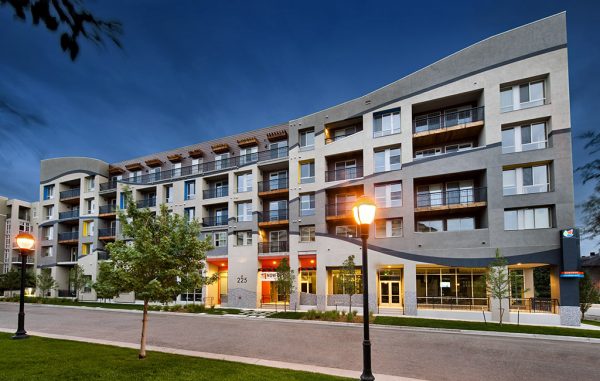 A new-to-Denver investor last week plunked down $65 million for a new apartment complex off East Alameda Avenue and Colorado Boulevard.

The apartments mark the firm’s first venture into the Denver housing market. The private company, based outside of Dayton, financed the acquisition in part with a $41.28 million loan from CBRE Capital Markets, according to city records.

The seller is Broadstone Cherry Creek LLC, and the deed is signed by Brett T. Kahn with JP Morgan Chase Bank.

Built in 2014, the structure is one of a handful of Broadstone-branded complexes developed by Alliance Residential. Alliance assembled the land between 2011 and 2012 for about $6.8 million, including a chunk it bought from Zeppelin Development. Zeppelin developed the adjacent Greenhouse condominiums, but sold the remainder of the Cherry Creek site as it turned its attention to Taxi and Freight in RiNo.

Oh I’m so excited another apartment building no one can afford… Awesome…
(I’m being a smart-a..