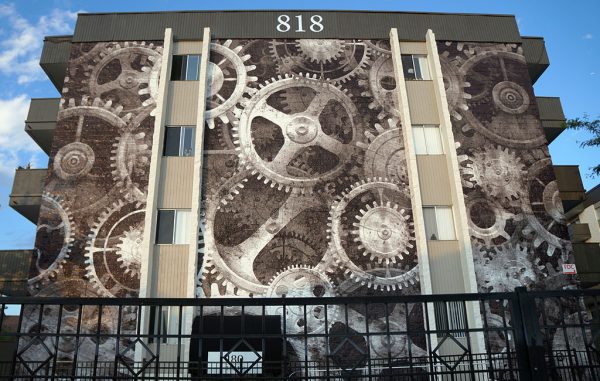 A New York investment group has notched another 142 units in its Denver portfolio.

Arel Capital purchased a 1974 complex at 818 S. Dexter St. north of Infinity Park for $22 million on March 25, according to Denver records, for a per-door price of $157,042. City records show Arel has a $16.7 million mortgage from Capital One Multifamily Finance.

A leasing agent at the Dexter complex said a one-bedroom, one-bathroom apartment available next week will lease for $1,165 per month. The complex recently has been renovated and is touting $500 off the first month’s rent.

The Dexter complex sits on 2 acres off Cherry Creek South Drive, near the border with Glendale. The seller is Dexter Lighthouse LLC, which picked up the apartments for $14.5 million in December 2015. Dexter lists its manager as Unique Properties co-owner Scott Shwayder, who did not return messages seeking comment.

Arel Capital took its first bite of Denver in 2015, gobbling up $11 million worth of Wash Park real estate in three deals totaling 80 apartments.

The firm then turned its attention to the Glendale area, buying 650 apartments in a series of deals in 2015. It moved into southeast Denver last year with a $78.5 million buy at Mississippi Avenue and Quebec Street.

Arel did not return a message seeking comment Tuesday.