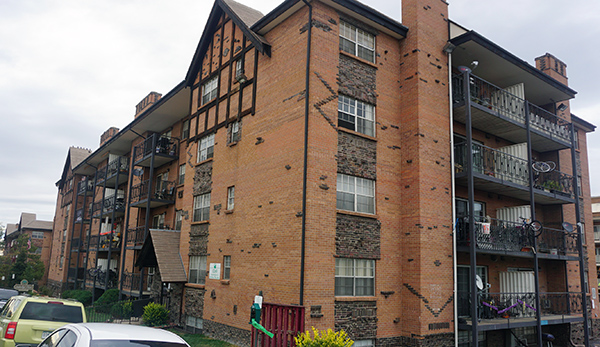 Arel Capital bought the 114-unit Cambridge Place apartments at 1260 S. Bellaire St. near Glendale for $13.34 million on Oct. 16. The buy expands on a 537-apartment deal just blocks away from Cambridge Place that the New York-based firm closed this summer.

Arel has taken a buy-and-renovate approach in the Denver apartment market. In March, CEO Richard Leibovitch said Arel would spruce up 80 recently acquired Washington Park apartments. According to a July press release, the company will fully renovate its other Glendale-area buildings.

The Cambridge Place building is about 50 years old, according to city records. Seattle-based Sherron Associates sold the building to Arel, and Sherron CEO Ed Springman said his company has renovated about 20 of its apartments.

Sherron has owned Cambridge Place since 1976, but Springman said the company is winding down its business in Denver.

“Somebody came in and was interested in buying it, and they were willing to pay a very favorable price,” Springman said. “It was my last Denver building; at one time I owned 25 buildings in Denver.”

Terry Smith of Consolidated Equities represented Sherron Associates in the Cambridge Place sale.
Arel’s first Denver acquisition came in March 2015. Since then, the company has bought more than $93 million worth of real estate around town. The Cambridge Place deal, closed on Oct. 16, follows an $11 million Wash Park buy and the $69 million Glendale acquisition.

Big apartment buildings near Glendale have accounted for at least $170 million worth of real estate deals since March 2015. That includes two complexes on either side of Cambridge Place sold to Denver-based Cardinal Group for $61.5 million in March. San Diego-based ColRich Multifamily bought The Lodge at Aspen Grove on Louisiana Avenue in April for $30 million.

ARA Newmark broker Andy Hellman represented the seller in Arel’s previous, 537-apartment Glendale buy. He said younger renters have rushed to the neighborhood in search of larger units or lower prices than in locations nearer to downtown, such as Capitol Hill.

Buildings in the area south of Glendale, and east of Wash Park and Cherry Creek, are showing some age, Hellman said, which gives investors an opportunity to pump money into renovations and get it back on higher rent rates.