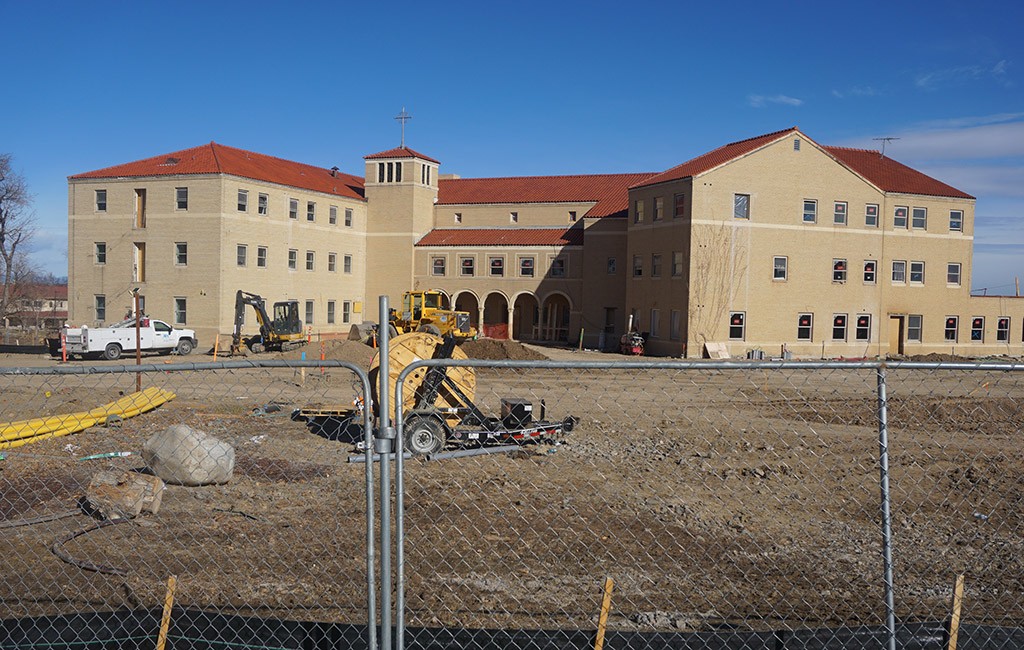 One developer is hopping Interstate 70 for a big townhome project near Regis University.

Weins Development Group is preparing to break ground on the first of 43 townhomes at Aria, a planned neighborhood near 52nd Avenue and Federal Boulevard at a former convent.

“In my opinion, it is going to Highlands, Sunnyside, and this is next,” he said.

The Weins Development project will come out of the ground in four phases, with the first 13 townhomes coming online this fall. The company is buying four parcels of land from developer Susan Powers for the project, with closings scheduled over the next 15 months.

Weins estimated his firm would pay $3 million for the land, and the entire development would cost between $10 million and $12 million.

The townhomes will come up in four groups of 13, 6, 13 and 11 units each. They’ll run from about 900 square feet for ranch-style, one-story units, up to about 2,500 square feet. The biggest properties will include a 600-square-foot carriage house behind a main, two-story townhome. 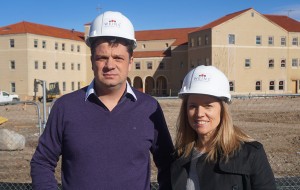 Eric and Evelyn Weins in front of the development site. (Burl Rolett)

“The younger crowd wants to be close to the Highlands, close to restaurants,” she said. “And we think we’ll see the 55-and-over group that wants to move to a smaller space, but still wants to have an active lifestyle.”

At least one prospective buyer is an investor, who plans to lease out his townhome. With Regis University right across Federal, Evelyn said she expects some buyers to rent to students and professors.

The Weins townhomes will be part of a 17-acre complex called Aria, which Susan Powers’ company Urban Ventures is master planning. Powers is turning the former Maycrest convent at the site into 28 condominiums.

The convent will be what Powers calls a “co-housing” project, where condo owners will be encouraged to attend community meetings, help with projects around the complex, and generally help make decisions for the complex.

Site plans for Aria include retail space, apartments and a community garden, in addition to the co-housing project and Weins Development’s townhomes.

Eric Weins said three of his firm’s units are under contract. He hopes to get the pre-sales process rolling early, and have contracts inked before buyers can even see their unit–at least in brick and mortar.

Weins Development Group recently launched a virtual reality project, led by in-house architect Tony Quattrini, that lets buyers strap on a headset to check out exteriors, bedrooms, living rooms and potential finishes before buildings come out of the ground.

Buyers stroll through their potential home using a video game controller, and can check out each corner of a room by turning their head to look around. The system also has a virtual drone tour to see aerial renderings of the building, and has settings for night and day to give buyers an idea about how to light their space.

“The problem we have preselling is that people don’t have the imagination to see what the home will look like once it’s finished,” Eric Weins said.

Weins plans to renovate that building, and build four more townhomes fronting Pennsylvania Street on a property across the alley.

The townhomes will be part of a 17-acre complex called Aria, which also includes retail space, apartments and a community garden, in addition to a co-housing project.