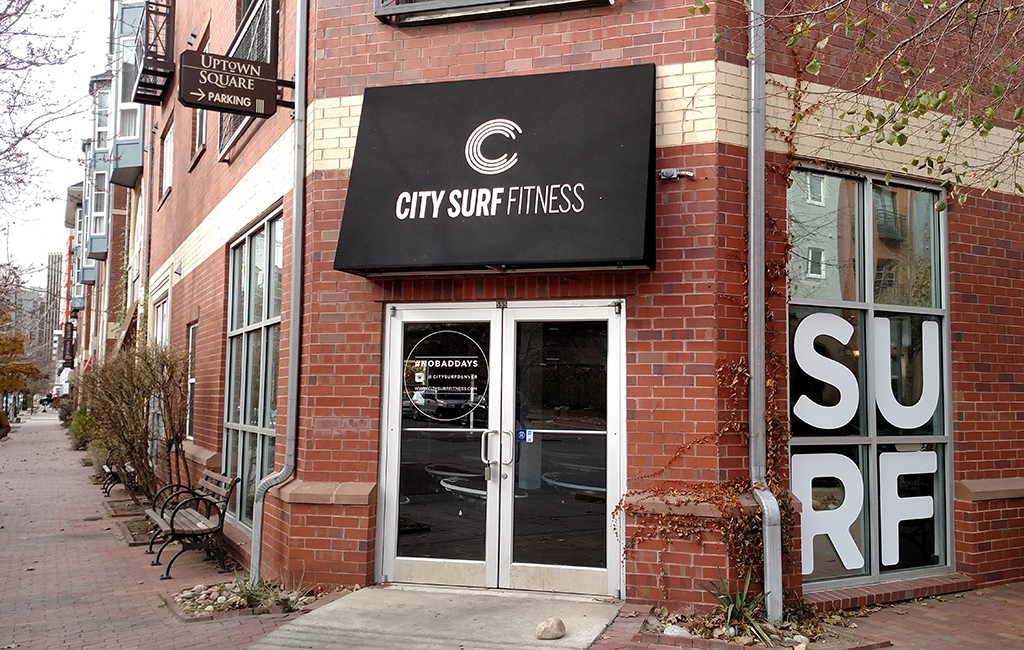 The nearest ocean might be a two-day drive away, but that’s not stopping a new surfing gym from riding the niche fitness wave into Uptown.

City Surf has opened a second Denver location at the corner of 19th Avenue and Pearl Street in Uptown. The new gym fills about 1,100 square feet of retail space on the ground level of the Uptown Square apartment complex.

At City Surf, members cycle through workouts atop a pivoting surf board that pitches and rolls. Keith Plum is heading up the location. Uptown’s City Surf opened about five months after Plum rolled out his first City Surf location in LoHi at 2525 15th St.

The gym’s website lists workouts in 50-minute blocks. Offerings include a cardio, strength and balance workout; a core and mobility-focused class; and the “Big Kahuna,” City Surf’s name for its strength and resistance training regimen.

Pricing runs from $25 for one session, $99 for five and $89 for a monthly unlimited membership, according to the City Surf LoHi website.

City Surf Fitness was founded in Dallas, Texas and now boasts five locations in Texas, two in Colorado and one in New Orleans, according to the gym’s website.

Uptown residents don’t have any excuse for skipping the gym this winter, as at least three new niche fitness outlets have popped up in the neighborhood over the last year.

Orange Theory opened a new spot near 17th Avenue and Pennsylvania Street in June. And kickboxing gym 9Round Fitness opened one block over near 17th and Grant just a few months later.

Not to be outdone, the Downtown YMCA at the corner of 16th and Lincoln is working on a $3 million renovation of its own. 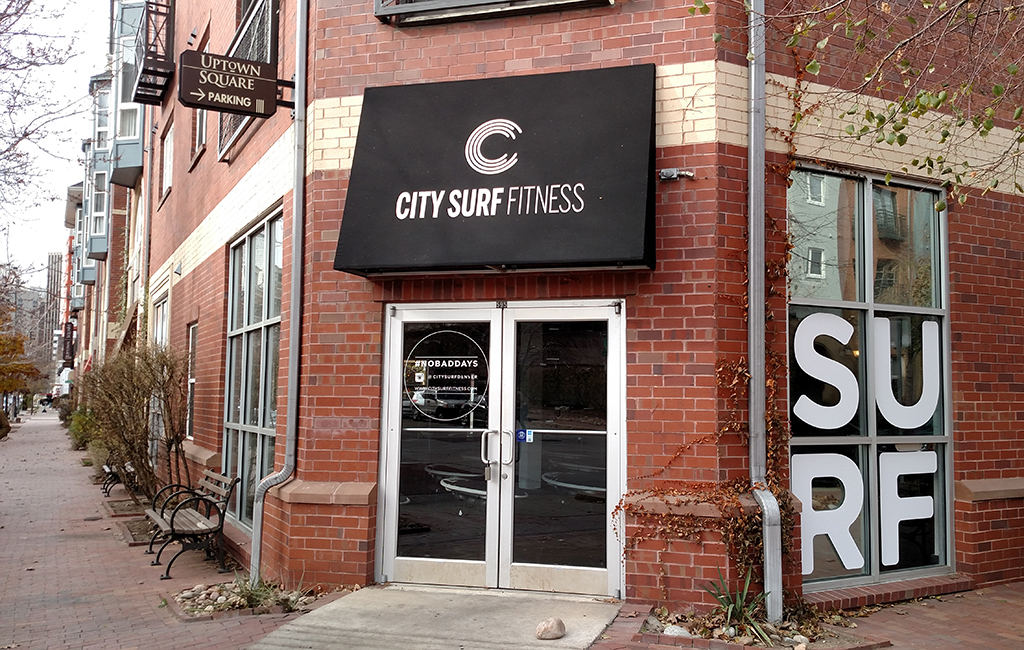 The nearest ocean might be a two-day drive away, but that's not stopping a new surfing gym from riding the niche fitness wave into Uptown.