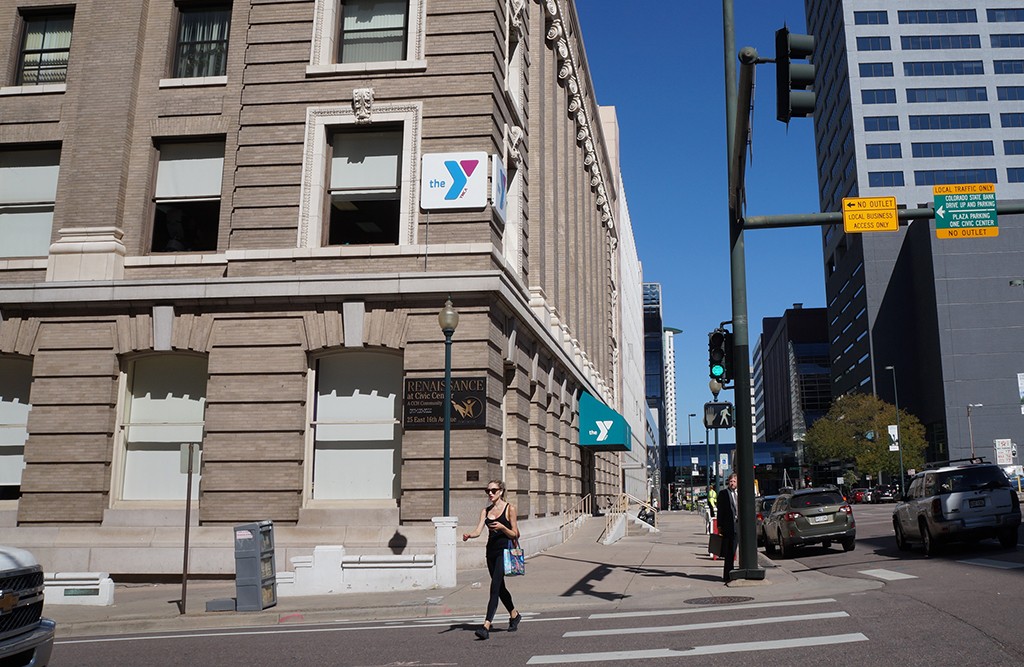 The downtown Y plans to upgrade portions of the building at 16th Avenue and Lincoln Street that it has occupied since 1906. (Amy DiPierro)

The 110-year-old Downtown YMCA needs some TLC, especially since a 30 percent rise in membership has made fitness areas and locker rooms cramped at busy times.

The downtown Y has so far raised $1.75 million to upgrade portions of the building at 16th Avenue and Lincoln Street that it has occupied since 1906. The Y hopes to raise $3 million and is considering: redesigned locker rooms, spiffing up the gymnasium and indoor track, and reconfiguring the lobby and basement.

Jim Hiner, the president and CEO of the YMCA of Metropolitan Denver, said that the past five years have seen the downtown Y grow from 1,500 to 2,100 members as nearby office space lands new tenants.

“That makes a difference in the amount of business people that can walk to the YMCA,” Hiner said.

And more members makes a difference in the locker rooms and weight room during the YMCA’s busiest hours, when those spaces get crowded. 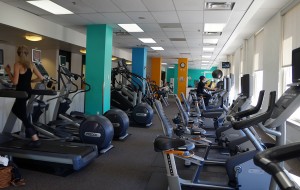 Planned upgrades include redesigned locker rooms, spiffing up the gymnasium and indoor track, and reconfiguring the lobby and basement. (Amy DiPierro)

Starting a year ago, Hiner said, the YMCA began to chart a course for the first major renovation of its downtown facility in about 15 years.

So far, the YMCA has raised $1.75 million from the Harmes C. Fishback Foundation, the Schlessman Family Foundation and an estate gift from Hilja Herfurth, Hiner said. The YMCA is continuing to fundraise.

Architecture firm Naos Design Group is designing the remodel. Besides renovating the changing rooms, plans call for a new entryway and lobby, new flooring for the basketball court and building out 5,000 square feet of unfinished space in the basement for free weights and other fitness equipment.

The YMCA’s building at 25 E. 16th Ave. is on the National Register of Historic Places. Hiner said all changes must preserve certain features including the size of original windows and details like ornate railings.

Depending on fundraising milestones, Hiner said the YMCA expects to begin renovating in the third quarter of 2017.

The YMCA of Metropolitan Denver recorded $23.7 million revenue in 2015, according to tax records filed with the state, up from $21.1 million the year prior.

The downtown Y plans to upgrade portions of the building at 16th Avenue and Lincoln Street that it has occupied since 1906. (Amy DiPierro)

The Y hopes to raise $3 million toward redesigned locker rooms, spiffing up the gymnasium and indoor track, and reconfiguring the lobby and basement.