Galvanize earned more than half the reported startup funding. Pictured is its location at 11th and Delaware. (Burl Rolett)

A massive capital raise from one veteran of the Denver startup scene boosted Colorado’s venture capital haul to $70 million in August.

Coworking startup and code academy Galvanize announced last month that it had raised $45 million, accounting for more than half of venture funding reported by Colorado startups in August.

After a midsummer slump to $15.6 million in July, BusinessDen’s monthly roundup of Form D filings with the SEC shows startup funding rebounded last month. (You can download a sortable Excel file with all of the transactions from August here.) 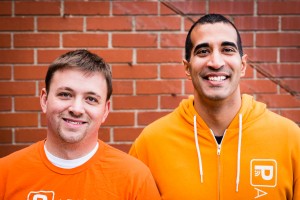 Ryan Sullivan and Rishi Malik of Parkifi, which raised $2 million. (Courtesy of Parkifi)

Denver startups raised $53 million compared to $12 million for their colleagues north in Boulder. And most of the funding – $65 million – went to companies that develop or sell technology products.

Health tech startup NextHealth Technologies in Denver raised $8.5 million and reported that it’s planning to double headcount within the next year. The startup, which tries to save its insurance company customers money by nudging customers toward certain behaviors, said it has raised $10 million to date.

Also in Denver, Ravenbrick, a company that makes windows that adjust their tint depending on the temperature outside, raised $2 million. So did Parkifi, which uses its sensor technology to track available and occupied parking spaces.

Apex Sports Group pocketed $1.4 million last month. The ski boot designer has recently zipped down from Boulder to a new headquarters in Golden. And it’s reconfigured the latest model of its boots to be lighter and smaller in time for hitting the slopes this winter. 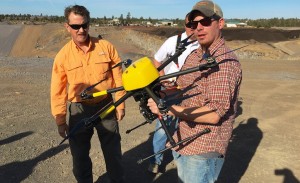 Raising $50,000 apiece were Juniper Unmanned, which helps customers to design and manage their unmanned aircraft programs, and Matchnest, which tries to pair homeowners with plumbers, electricians and other home service workers.

For its monthly wrap-up, BusinessDen defines a startup as any company founded in the past 10 years that isn’t publicly traded and isn’t an investment fund or real estate project. That means the count for August excludes a $39.5 million raise from LogRhythm, a tech company founded in 2003.

To see all of the data from August – and filter it by company headquarters and industry – download our spreadsheet. A map of all of the Form D capital raises reported in Colorado this year is here.

Have a startup news tip or a question about the spreadsheet? Email Amy@BusinessDen.com.

Galvanize earned more than half the reported startup funding. Pictured is its location at 11th and Delaware. (Burl Rolett)

Led by a booming computer coding academy, $70 million went to Colorado startups in August, which include drones, health care, ski boots and more.