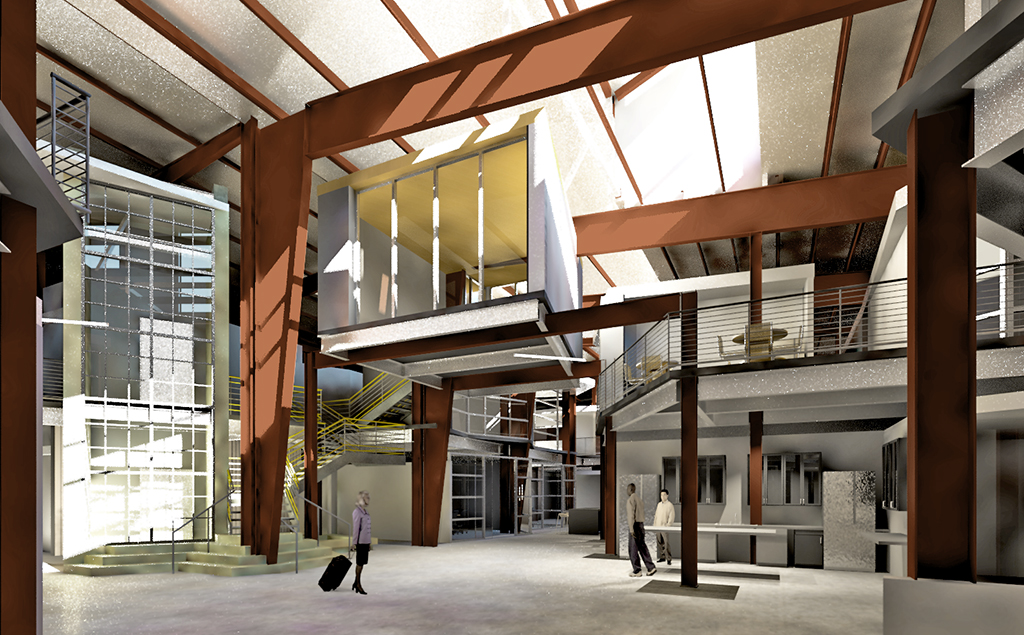 A rendering of the planned office tower. (Courtesy Industry Denver)

Two years after opening a massive RiNo coworking building, developer Jason Winkler and his partners are ready build a second location on the periphery of the booming neighborhood.

Jeff Dean, who helps handles leasing at Industry, said he plans to have building permits within a week for Industry RiNo Station, a $56 million office building at 3825 Lafayette St. in Cole. Winkler’s group will co-own the project with Clarion Partners, the firm that bought a majority stake in the first Industry building in 2015.

“We’re constantly running at close to 99 percent occupancy … and we’re on a daily basis turning people away because we don’t have room,” he said.

“So the goal is to not turn people away and direct them to a project that is very, very similar to what has worked here on Brighton.” 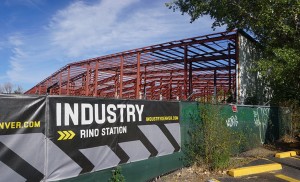 Industry RiNo Station is a planned $56 million office building for the site at 3825 Lafayette St. in Cole. (Burl Rolett)

At 152,000 square feet, Industry RiNo Station will be a twin to its brother on Brighton Blvd. Dean said he hopes the project is finished in November 2017.

The plan is to offer the same sort of office space as the original Industry with more conventional offices for larger companies like Uber and CorePower, small glassed-off one-room offices for small- and medium-sized companies and desk space for one-man shops. (CorePower is the biggest tenant at Industry with 23,000 square feet and exterior signage.)

“This far out it’s more of the larger tenants that are interested in moving in a year or 18 months,” he said. “The smaller tenants – the desk tenants, the 400-square-foot tenants – they don’t tend to plan out that far in advance.”

The Industry RiNo Station project went through a few other iterations before its developers decided to go on an extension of the original Industry. As far back as 2014, Winkler was working with Mike Biselli to build a healthcare office building called Stride.

Then they pivoted to the more general office project modeled after the original Industry building in 2015, according to a Denver Business Journal story from last year.

Biselli has since split off on another venture in RiNo. He’s working on developing Catalyst, another office space geared towards healthcare companies, at 36th and Brighton streets.

Industry first opened its doors at the top of Brighton Boulevard in 2014. But the second act will face a much more competitive share office marketplace.  National brand WeWork has gobbled up space all over downtown space similar to Industry’s small offices.

Shared office space Enterprise opened over the summer in nearby Curtis Park as other local brands including Thrive Workplace and Shift Workspaces stake out new locations around town.

Brinkman Construction is the general contractor for Industry RiNo Station. S-Arch is designing the building. FirstBank and Bank SNB are providing financing for the build.

A rendering of the planned office tower. (Courtesy Industry Denver)

Two years after opening a massive RiNo coworking building, developers will start building a second location on the periphery of the booming neighborhood.