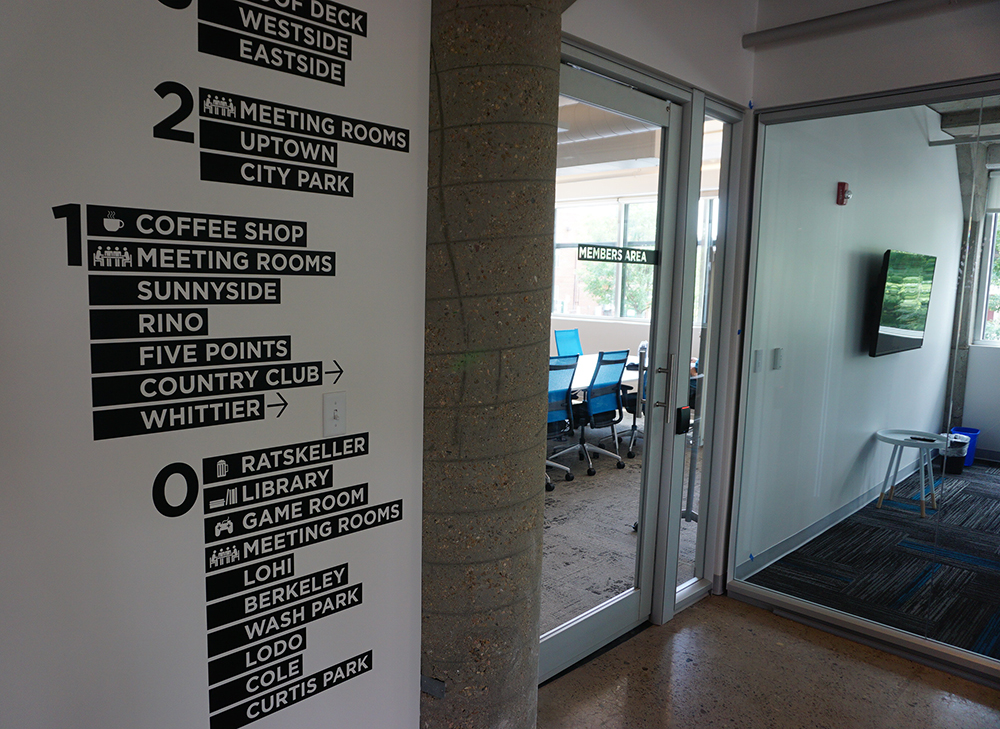 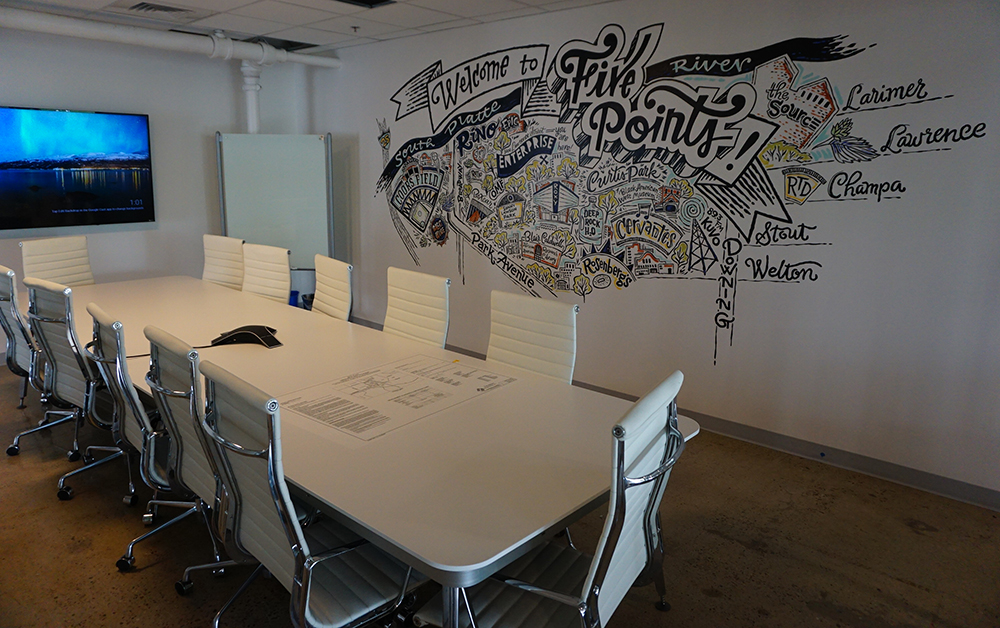 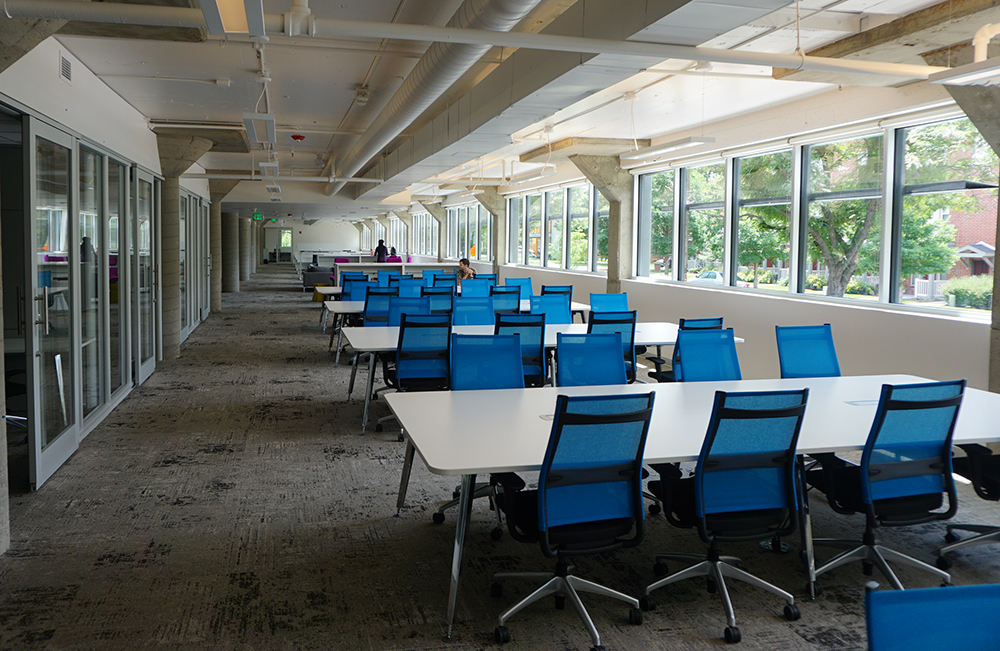 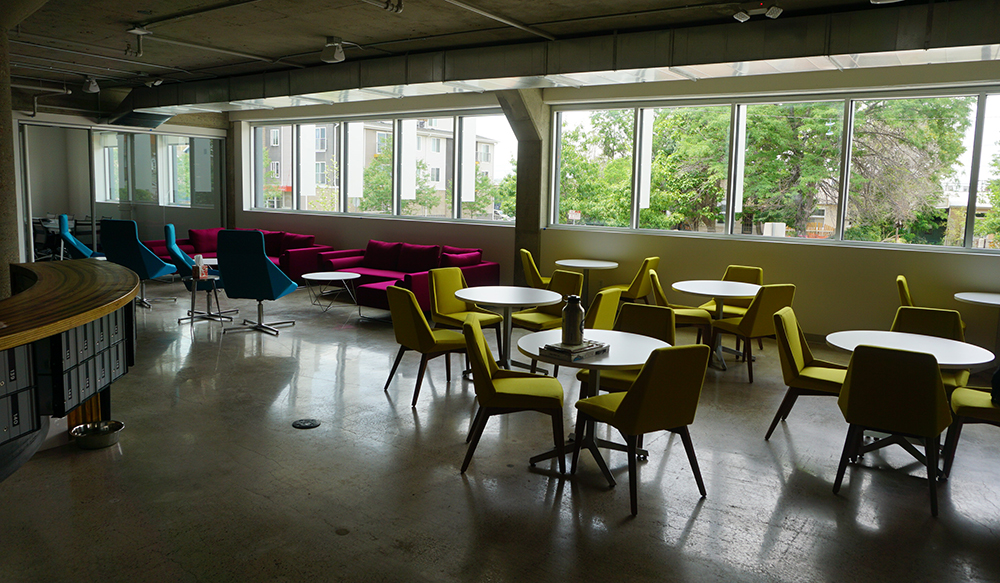 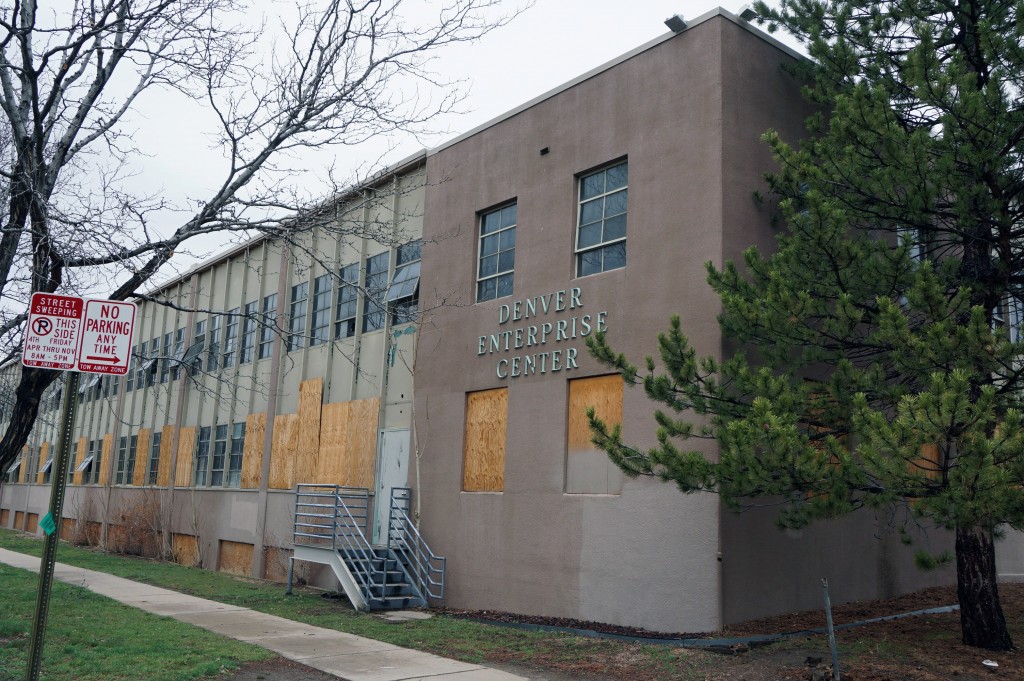 The Enterprise Center in March 2015. 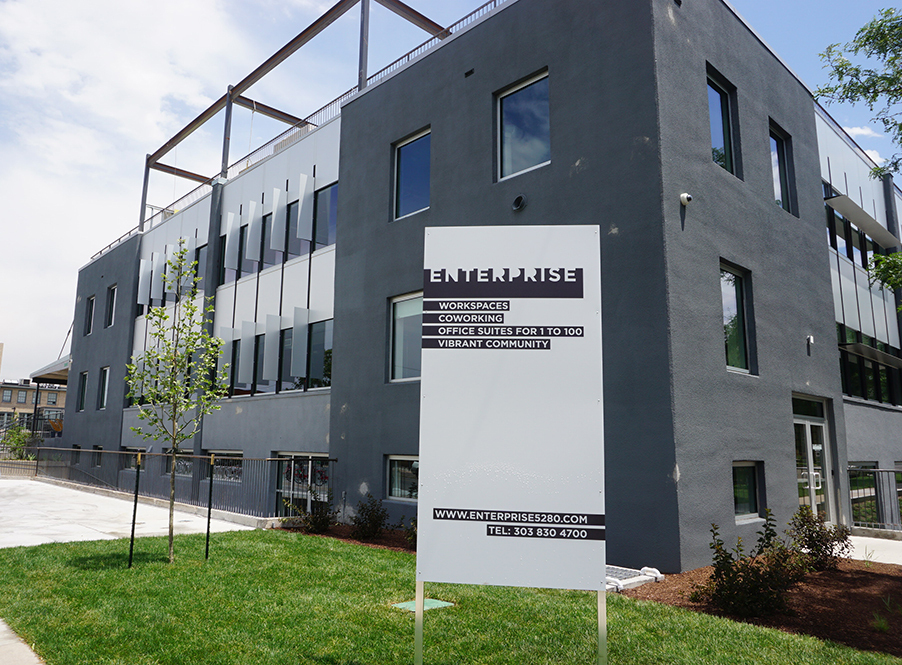 Coworking has come to Curtis Park.

Focus Property Group opened its coworking space at the 66,000-square-foot Enterprise Building last week. The brand hopes to stand out from other shared offices by drawing tenants from diverse industries and offering flexibility to grow in place.

“The thing lacking in a lot of other spaces that we’ll have here is great tech, great healthcare and great small shops,” said Tiamo Wright, the space’s director. “Here we have a suite for three, but you can move upstairs and have a suite for up to 100 people.”

Enterprise, as Focus has called the coworking space, welcomed its first clients on Monday after moving its offices into the former Enterprise Center at Arapahoe and 30th streets. 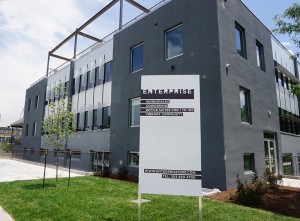 The Enterprise Center was a nonprofit business incubator before closing in February 2008. Focus bought the vacant building in 2014 for $2.83 million.

The company has spent more than a year on renovations. Focus knocked out an old cafeteria, reducing the building’s size by about 9,000 square feet. The entire project cost $14 million, Focus’ Josh Fine told BusinessDen last March.

The third floor will hold larger offices, with suites planned for 38-person and 45-person groups that Wright said could be combined for larger companies. That portion is still under construction.

Focus Property Group moved its own offices into the building’s basement, which includes meeting rooms and coworking space. The “Park” meeting rooms – like Wash Park and Curtis Park – are on the lower level and feature smaller, cozier spaces with couches. 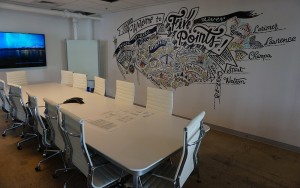 Enterprise offers drop-in coworking at $250 per month. Dedicated desks cost $450, and the smallest two-person suites start at $1,000 – including printing, coffee, beer and admission to members-only events.

“We’ve had people sign up to start as floaters,” she said. “And upgrade to a suite on day one.”

The Enterprise Center in March 2015.

Focus Property Group opened its coworking space at the 66,000-square-foot Enterprise Building last week. The brand hopes to stand out from other shared offices by drawing tenants from a variety of industries and offering the flexibility to grow in place.