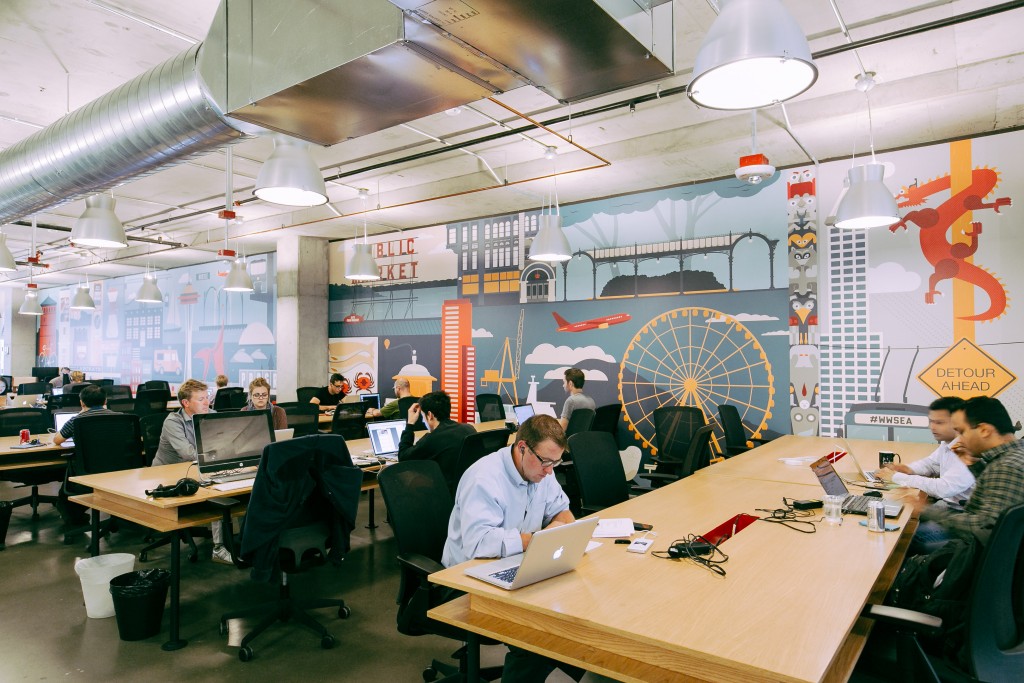 How many desks fit into 173,000 square feet of co-working space? A New York company with an appetite for downtown real estate says 2,661.

International co-working brand WeWork is eyeing more than 170,000 square feet of Denver office space, according to a pair of company documents, and plans to open new locations in three major downtown office buildings early next year.

A pair of WeWork real estate reports, both dated May 21, shows the brand scouting The Lab on Platte building, three floors at the Triangle Building and another 30,000 square feet at 16M. 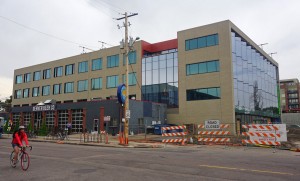 WeWork reported that it is in talks with The Lab on Platte to lease the entire building. Photos by Burl Rolett.

The largest of the potential Denver WeWorks, according to the reports, would take the entire 73,815 square feet at The Lab on Platte between Interstate 25 and the Denver Beer Co. The company lists an expected open date of Jan. 1, 2016.

A Platte Street WeWork would total 1,230 desks and put the co-working giant in plain view of local competitor Galvanize, the Golden Triangle-based brand that opened a second Denver outlet this month at 1644 Platte St.

WeWork’s real estate presentations also call for 69,823 square feet between three floors at the Triangle Building at 1550 Wewatta St. The company again lists an anticipated opening date of Jan. 1, 2016 and estimates another 931 desks.

WeWork’s documents claim it is in lease negotiations at both the Platte and Wewatta buildings. The company lists anticipated lease rates of $35.50 per square foot at The Lab and $37.55 at the Triangle Building. 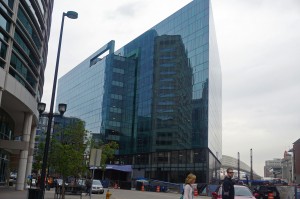 The Triangle Building is a 10-story 200,000-square-foot project near Union Station.

A third potential WeWork, listed as “preliminary” on the company’s real estate presentation would add 30,000 square feet and 500 more desks at the 16M development at 16th and Market. WeWork lists an opening date in March 2016 for that office.

WeWork will be rolling into Denver with some deep pockets to back up its expansive plans. The company raised $355 million in a fundraising push that closed last year, according to a Wall Street Journal report.

As of December 2014, WeWork had 23 total locations. Company co-founder Adam Neumann told the Wall Street Journal he hopes to grow to about 60 locations in 2015.

In Denver, WeWork will compete with an increasing number of local co-working and shared office brands. Galvanize, Modworks, Shift Workspaces and Thrive Workplace have all recently announced expansions or new locations. Upcoming concepts The Hive, Enterprise and Ignitrr are currently under construction.

And WeWork may not be the only national brand with sights set on Denver. Chicago-based Industrious lists Denver as a potential expansion market with a page reading “Coming to LoDo” on its website.

BusinessDen could not reach anyone at Industrious by press time.

Read more: “Is This the Office of the Future or a $5 Billion Waste of Space?” – Bloomberg

An international co-working brand with more than $300 million in venture capital is eyeing 170,000 square feet of Denver office space in three neighborhoods, including an outpost across the street from Denver’s darling of co-working.