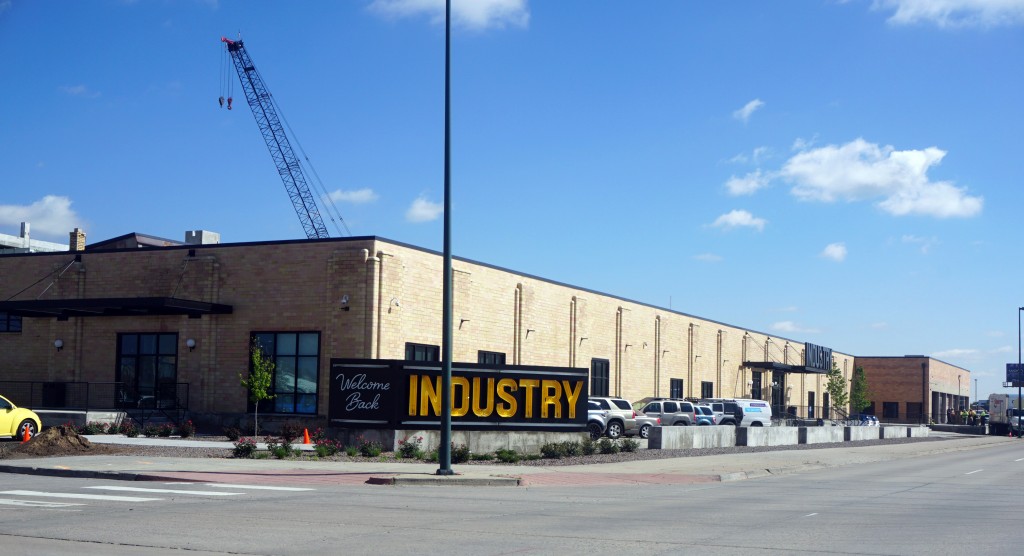 The Industry development has a new majority owner. Photos by Burl Rolett.

One of RiNo’s hottest properties has some new out-of-state owners.

“It essentially bought out everybody except ourselves – the closely held team that made up the founders,” Winkler said.

Clarion bought into about 153,000 square feet of office space at Industry, including the 80,000 square feet between the project’s first two phases and another 73,000 feet on the rise behind Industry’s first Brighton Boulevard building.

Industry co-founders Sean Campbell, Josh Marinos and Jason and Ellen Winkler remain part owners in the office building. Land for a planned multifamily development and a brownstone complex at Industry were not included in the Clarion deal. 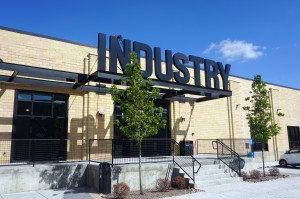 Winkler declined to say what the investor paid for its piece of Industry, and Clarion Partners representatives did not return phone calls by press time.

Clarion is buying into Industry about one year after the office share concept first opened its doors in River North.

Winkler said the building’s owners did not originally plan on looking for an institutional investor. It made sense to bring Clarion on board, he said, because the firm grasped their nontraditional office space concept.

The money wasn’t bad either.

“The reason it was compelling for everyone is that we did greatly exceed our pro forma expectations for investors,” Winkler said. “All those friends and family investors that did put money in had significantly greater returns than were expected.”

Industry leases office space ranging from single desks and small glassed-wall offices to a 26,000-square-foot office that CorePower Yoga is moving into at Industry’s third phase. The project also includes restaurants Tengu and Will Call.

All of the finished office space is fully leased. Industry’s third phase is still leasing, and Winkler expects its 73,000 square feet will be spoken for by the time it opens later this year.

Looking forward, Winkler said Denver-based Lynd Co. plans to break ground on more than 250 apartments at Industry this summer or fall. The developer will buy the land closer to the planned groundbreaking, Winkler said.

Industry’s investment team is also working on a new medical office development dubbed Stride at 38th and Walnut in RiNo.

The Industry development has a new majority owner. Photos by Burl Rolett.

A hip RiNo office development scored a sweet deal with a New York investment firm as it gets ready to launch the project's next phase.