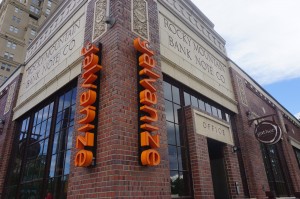 Editor’s Note: This is the first installment of a monthly story and data section that gives BusinessDen readers an up-to-date look at the companies raising money. Each month BD will publish a spreadsheet of capital raises from the month before.

Colorado startups kicked off 2016 with $33 million in fresh funding in January, a BusinessDen tally of SEC filings found.

Companies based in Denver accounted for just under half of all money raised by startups in the state, out of 20 such companies that passed the hat to investors last month.

You can see all the data in an Excel spreadsheet here. (And you can toggle between startups and all capital raises by switching the settings in column K).

Among Denver companies reporting outside investment in the first month of the year were startup scene standbys Galvanize, a code academy and co-working space that also has a venture capital arm, and photo-sharing app Photobucket. The two raised $3.2 million and $1.7 million, respectively, according to filings.

But the single largest raise was outside the big city: Greenwood Village-based Cool Planet Energy Systems pocketed $9.2 million as the alternative energy company develops a new product it hopes will help it to weather low crude oil prices.

Two Centennial-based startups also quietly pocketed $6.2 million in January: Nuburu, formed in 2015, is developing a laser to be used in 3D printers and sports-drink-turned slow-release-capsule makers Xtend Release is working on a capsule to store probiotic supplements off a refrigerator’s shelves.

That puts both Centennial and Greenwood Village well ahead of Boulder startups, which raised less than $2 million. That does not count a $27 million raise by Techstars Holdings, the venture arm of a startup accelerator of the same name.

About half of the startups on the list are technology companies that make hardware or software. But a handful – GrowCo, CWB Holdings and RMC Colorado – work in the cannabis industry. Three more – Skoop, FoodEx and Monday Carrot – are food-related startups.

Colorado companies of all stages and sizes reaped at total of $630 million from outside investors in January, boosted by two eight-figure transactions by veteran companies. Broomfield-based Ball Corp. netted $400 million as part of an acquisition deal and a private equity investment firm gave Englewood-based cable provider WOW! a $125 million check.

This is the first installment of a monthly story and data section that gives BusinessDen readers an up-to-date look at the companies raising money. Each month BD will publish a spreadsheet of capital raises from the month before.