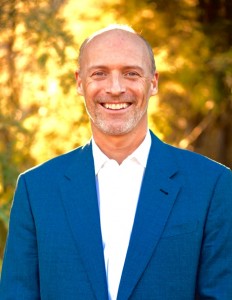 There’s a new yogi in chief at one of the nation’s biggest chains.

Denver-based CorePower Yoga appointed Eric Kufel as chairman and CEO this month. Kufel is coming to CorePower – which has 144 studios around the country – from Catterton Partners, a private equity firm that bought a stake in the yoga chain in 2013.

Kufel replaces Amy Shecter, who took over as CEO in May 2014, according to the company’s website.

Kufel will spearhead a massive expansion effort for CorePower this year, as the studio plans to open 35 locations in Southern California, the Midwest and Northeast in 2016.

CorePower is also relocating its headquarters this month from the Highlands to a 23,500-square-foot space at Industry in RiNo.

Kufel’s resume includes 16 years as a CEO in the food industry. He worked as the head of Arizona-based Inventure Foods Inc. for 11 years after the company’s IPO in 1996, according to his LinkedIn page. 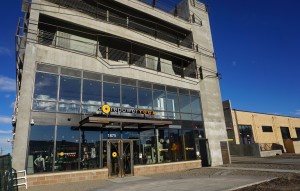 CorePower is moving its headquarters and opening a new studio at Industry in RiNo. Photo by George Demopoulos.

After leaving Inventure in 2008, he helmed frozen snack food company Van’s Natural Foods, which was at that time owned by private equity group Catterton Partners. Kufel worked as CEO of Van’s until Catterton sold the brand to Hillshire Farms in 2014 for $165 million.

Catterton, which named Kufel a partner last year, invested in CorePower in 2013. The yoga chain’s founder Travis Tice described that investment as “north of $100 million.” Tice founded CorePower in 2002.

Kufel graduated from Gonzaga University in 1990 and received his MBA from Arizona State in 1992, according to his LinkedIn profile.

Love all the yoga news from BusinessDen. CorePower is obviously the leader, but Kindness and Endorphin — who has yoga plus other fantastic workouts — are primed for growth.

Truly representative of our lifestyle.