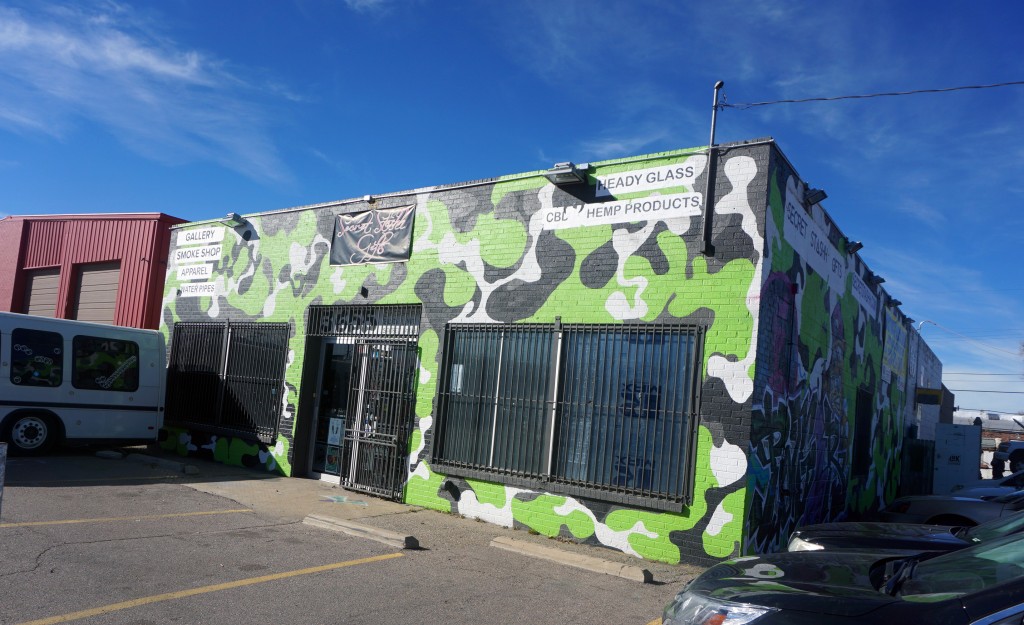 Tributary bought a small retail building on the site. Photo by Burl Rolett.

“The next wave of users is ready to locate there,” Roupp said. “Brighton has its own identity and a lot of auto traffic, and as that boulevard is transformed and becomes safer to walk and bike, it will become a destination.”

Construction is slated to start in the first quarter of next year, and Roupp estimated it would take between 12 and 18 months to complete.

The property is Parkhill, Roupp and Arnold’s third acquisition. The trio first teamed up in 2014 to redevelop a building at 1415 Park Avenue West for Thrive Workplace. They decided to launch a formal real estate development company after carrying out that first deal.

“Through that process we identified that we each have some complementary skills, and we wanted to put more of a systematic box around our partnership,” Roupp said.

In May, Tributary Real Estate, acting under a Parkhill-managed LLC, bought a 50,000-square-foot warehouse at 32nd and Walnut. In September, Parkhill said he plans to renovate that building for a mixed-use development. Tributary added a vacant lot next door at 32nd and Blake in September.

Brighton Boulevard is no stranger to heavy construction machinery.

Brighton Boulevard is also gearing up for a city-subsidized revamp that will add sidewalks, bike paths and other pedestrian-oriented improvements with construction planned for 2016.

Roupp said the planned improvements were part of what drew him to the property, but he added that construction could be an obstacle for businesses already located on the block.

“One of the challenges we’re all waiting on and watching is how reconstruction of Brighton Boulevard will be staged, and how it affects businesses on the boulevard,” he said. “Our project will be less impacted because delivery will be more aligned with completion of the streetscape.”

Tributary bought a small retail building on the site. Photo by Burl Rolett.