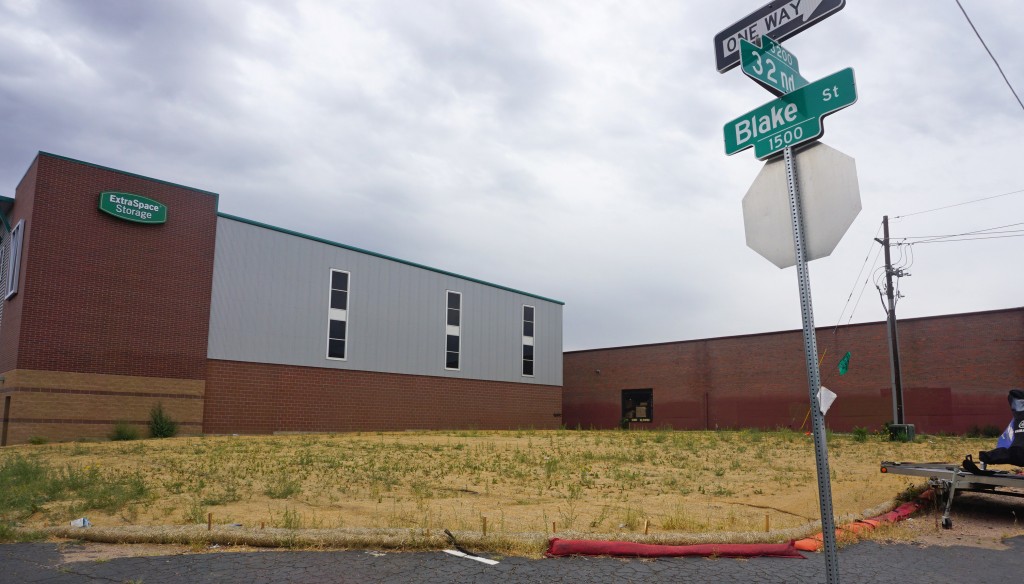 A vacant lot in RiNo next to a storage facility has been sold to a developer. Photo by Burl Rolett.

With $5 million already invested nearby, a Denver developer has sealed off another corner of RiNo.

Parkhill Development last week bought a quarter-acre vacant lot at 32nd and Blake streets for $1.15 million. The deal comes about five months after Parkhill bought a larger warehouse property on the same block along with a parking lot at 32nd and Walnut for $5.575 million.

“We purchased (the latest property) because it’s next door to our prior purchase,” Parkhill Development head Bill Parkhill said. “We’re not sure what we’re going to do with it yet, but we felt like it was a good acquisition since it was so close.”

Including the Blake Street deal, which closed Sept. 1, Parkhill owns about 1.75 acres on the block bounded by 32nd, 33rd, Walnut and Blake streets. The site includes a 50,000-square-foot warehouse that runs the entire length of the block fronting Walnut Street.

Parkhill said he plans to renovate the existing warehouse into some sort of mixed-use commercial building but is still working with architects on preliminary designs for the project.

Parkhill Development bought the property at Walnut and 32nd streets from WSM Industries, an HVAC wholesaler that grew out of the RiNo warehouse and plans to move to a bigger location in Adams County.

The group that sold the 32nd and Blake property to Parkhill last week also owns the new Extra Space Storage building next door at 3270 Blake St. The deed on Parkhill’s newest property carries a use restriction that bars the new owner from building a competing storage facility for at least 30 years.

A vacant lot in RiNo next to a storage facility has been sold to a developer. Photo by Burl Rolett.