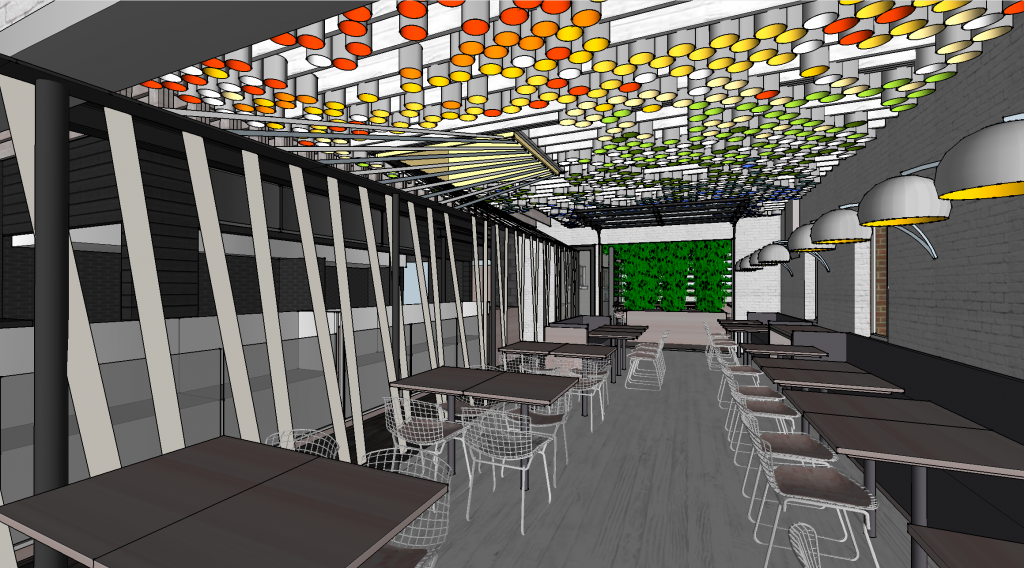 Justin Cucci is cooking up something new on Tennyson Street – but unlike his hot spots Linger and Root Down, this isn’t the sort of place where diners need a reservation.

Cucci’s fifth restaurant in Denver, dubbed Vital Root, will combine fast-casual line ordering with healthy food at a lower price point than his previous eateries when it opens in February.

“Denver needs to break away from the restaurant model of sitting down, getting a server and reservations. There’s enough restaurants doing that,” Cucci said. “What I crave most is somewhere I can go, be in and out in 10 minutes, and not feel bad after.” 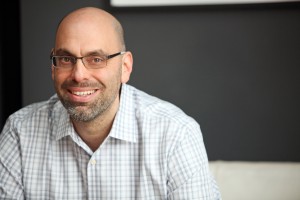 He’s teaming up on the project with his yoga instructor, Desiree “Desi” Springer, who founded Tennyson Street studio Vital Yoga.

“She’s not involved in the restaurant per se, but she’ll be involved in consulting,” Cucci said. “Food is a vital part of yoga – it’s a full lifestyle, you can’t just do yoga and eat like regular people do and expect a change. She’s been great as a partner.”

To get the project rolling, Cucci purchased the 3,500-square-foot property at 3915 Tennyson St. for $800,000 in August of 2013, according to Denver public records. Vectra Bank financed the purchase, Cucci said.

Construction will cost around $750,000, Cucci said, which will include installing a mile of gutters around the building’s roof to grow herbs for use in Vital Root’s dishes.

“At first we were going to put in a three-story greenhouse, but it was too expensive,” Cucci said. “The majority will be parsley, mint, cilantro, basil and Thai basil, but we’ll definitely do thyme, rosemary and chives, too. Those herbs will end up in the food and bring a ton of flavor.”

Vectra financed a quarter of construction costs, with Cucci and Springer putting up another quarter each. Cucci is trying to secure a loan from Denver’s Office of Economic Development to make up the difference, he said.

The restaurant will grow its own herbs.

He’s aiming to keep prices below $10 per dish, and wants to include a 99-cent meal to compete with McDonald’s.

“Something to make this food accessible to someone who’s lower-income,” Cucci said. “It’ll come with a drink, protein and side.”

Cucci, 47, has worked in the restaurant industry for the last 35 years. He grew up working in his grandparents’ place before moving to Key West to start up his own operation.

Since moving to Denver in 2006, Cucci has opened four restaurants: the Highlands’ Root Down in 2006, Linger in 2011, a Root Down location in DIA in 2013 and Ophelia’s Electric Soapbox, which shares space with Hostel Fish on Broadway.

While Cucci had originally intended to take a break from opening restaurants after Vital Root, he said he’s working on one more project in the Highlands. He signed a lease on a fifth-floor space next to Linger that he intends to turn into a restaurant in July.

“It’s got a 360-degree unobstructed view of the city and the mountains,” he said. “That’s going to be a Spanish tapas meets Middle Eastern and Mediterranean food. It’s kind of an amalgamation of the three foods.”

Justin Cucci is cooking up something new on Tennyson Street – but unlike his hot spots Linger and Root Down, this isn’t the sort of place where diners need a reservation. And the chef has one more idea simmering for another space he leased in the Highlands.

The Berk is where it is happening.

When is this opening?