Chris Lindley is amped up to expand his fitness franchise into a new Denver neighborhood.

Denver fitness chain Endorphin will open its ninth location across the street from Regis University next month. When it opens at 4995 Lowell Blvd. on Nov. 1, the outpost will offer exclusively yoga.

“There’s not a lot of yoga offerings directly in that neighborhood, and that area needs more yoga in general,” Lindley said. “We’re really looking to have more yoga offerings in the Highlands.”

Endorphin signed a five-year lease on the 2,500-square-foot property two months ago, and landlord Larimer Associates has been renovating the space since then. 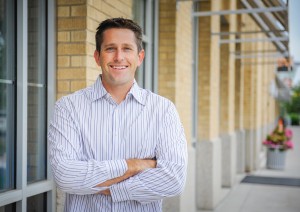 The studio will be able to accommodate 45 members at once, Lindley said.

“I think that yoga, and group fitness in general, is gaining popularity not just in Denver but across the country,” he said. “Having a community of like-minded individuals who make sure that you have a good workout and hold you accountable is the way to do it.”

Lindley founded Endorphin as Qi Functional Training Centers in 2007. He rebranded the chain as Endorphin in January of 2014.

This will be the seventh Endorphin location to open since the rebranding.

Today, the chain has over 2,500 members, Lindley said. Unlimited classes at Endorphin cost $160 per month and grant a member access to any of the gym’s locations. Non-members can also drop in on classes for $10 a pop.

Endorphin has been bulking up this year. The chain opened studios in the Highlands and Northglenn earlier this year and will take up residence in the Stanley Marketplace once the facility opens to the public.