It feels good to bulk up.

Denver gym chain Endorphin is adding locations seven and eight with a spot near Stapleton and one in LoHi.

“We’re trying to fill holes and voids. We want to go where people are at and make it convenient,” founder Chris Lindley said. “Stapleton is the biggest fitness district in the city. They’re building like crazy and there are not a lot of options. And LoHi is one of the hottest neighborhoods in town.”

Lindley, who launched Endorphin in 2014, opened half of the 2,800-square-foot Highlands gym in mid-July and is building a yoga studio in the remaining space.

The building, at 3212 Tejon St., was vacated by Vitruvian Fitness, which moved to Wheat Ridge earlier this summer.

Lindley said he signed a seven-year lease on the space with an additional option to extend. He declined to comment on rent but said it was favorable compared to Vitruvian’s $35-per-square-foot rate. 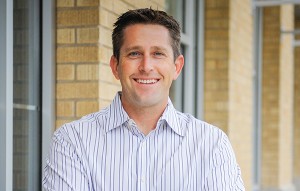 “It’s warehouse space, so all the funding has gone to the equipment,” Lindley said. “It’s got all the bells and whistles. We’ve got Assault AirBikes for high-intensity (cycling) training, we’ve got a full line of (Denver startup) Brute Force sandbags and a whole lineup of weights.”

Any of Endorphin’s 2,500 members can use the new gyms, as well as any of the chain’s six other Denver locations.

“Our memberships go all over the city,” Lindley said. “We’re trying to build the best membership option in the country.”

“The next one to open is going to be in Stapleton, and we’re looking for other ones, but nothing’s set in stone,” he said.

Keeping up its fast-paced expansion, a local gym chain has added new locations near Stapleton and in LoHi, and its owner doesn't intend to slow down yet.