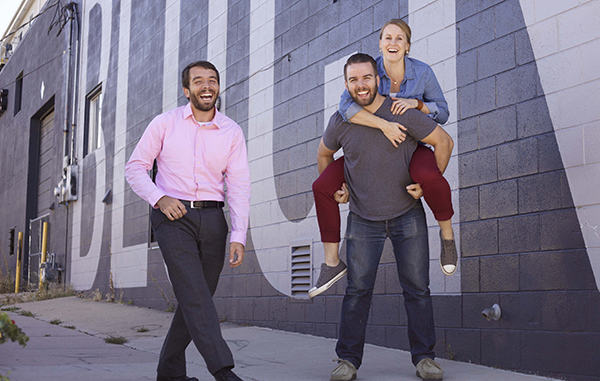 Brothers Kraig and Kameron Weaver and their business partner Michelle Flake are setting out to raise $1 million to open Block Distilling Co. on Larimer Street by summer 2016.

“We’re in the very early stages, but it’s exciting,” Kraig Weaver said. “We’ve been researching distilling for a long time – we’ve taken classes (at Downslope Distillery in Centennial) and done some home brewing, but this is our first time doing this.”

Block signed a lease on a 2,900-square-foot building at 2990 Larimer St. – Raw Architecture’s former digs – this month, the distillery founders said. The Weavers knew the property owner and contacted him when Raw moved out.

Block is raising the $1 million to pay for building renovations and distilling equipment. Before the distillery can move in, Kraig Weaver said the property needs about $150,000 of renovations, including new sprinkler and HVAC systems.

Scott Moore of Dalkita Architecture & Construction will design and build the project. The renovations, like whiskey, could take some time. 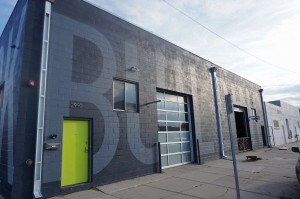 Block will move into 2990 Larimer St.

“There’s a huge building boom in Denver right now and everything from contractors to the city is really swamped right now,” Moore said. “The schedule will depend on that.”

Block also needs three main pieces of equipment before it can begin distilling: a mash tun to heat a grain and water mixture to produce sugar, fermenters for yeast to eat the sugar and produce alcohol, and a still, which separates alcohol from the mash.

Weaver and his partners are financing the project by selling company equity and issuing debt. According to documents filed with the SEC, Block is seeking $1 million in capital, with each investor’s minimum buy-in set at $50,000.

“A lot of our close friends and family are putting in money,” Weaver said. “We may end up putting in some toward the end, but right now we’re mostly putting in sweat equity.”

Block will start distilling with a run of clear liquors like gin, vodka and white rum. They’ll add dark liquors, such as whiskey and dark rum, later on. Whiskey takes between two and four years to age, the Block team said, and dark rum ages for about six months.

Block will include its own tasting room, following in the footsteps of Colorado distilleries like Stranahan’s and Mile High Spirits. It’s a note that they’ve taken from local microbreweries.

“We think distilling is following the craft brewery market and is just a few years behind in growth,” Weaver said.

This is the first time that any of the trio has worked in a distillery, but they each bring small business experience to the table.

Flake, 33, has managed a bar and will be responsible for managing staffing and supplies. Kameron Weaver, 25, studied computer science at the Colorado School of Mines and will take care of automating and monitoring the distillery’s equipment. Kraig Weaver, 27, started furniture design business And Collaborative, which he said is currently running in the black.