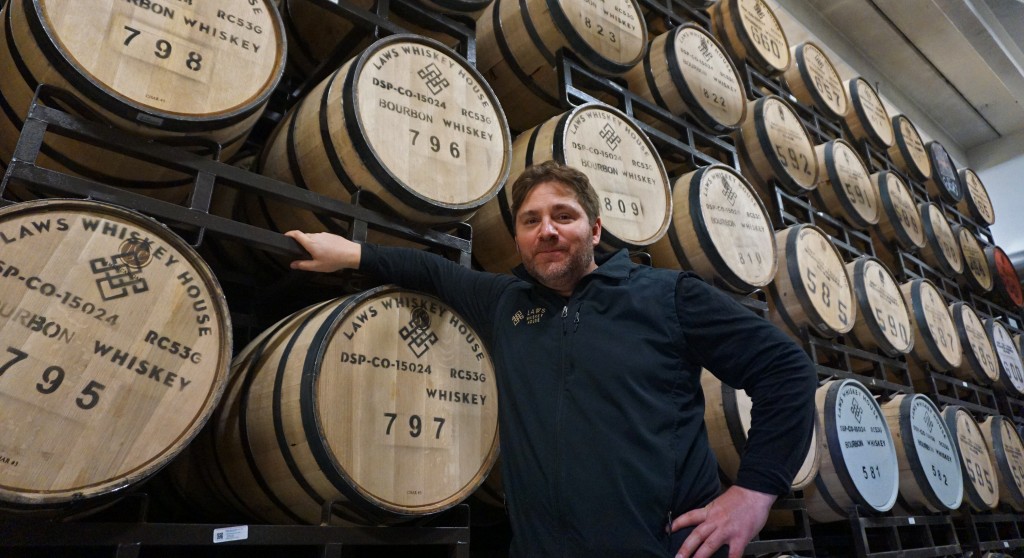 Alan Laws is spreading out his whiskey operation to a new space. Photos by George Demopoulos.

A startup whiskey distillery is about to toast to a second warehouse.

Although bottles of Laws Whiskey House whiskey, priced at $65, have only been on shelves for six months, founder Alan Laws is dreaming bigger.

Laws has a 31,000-square-foot warehouse at 1325 S. Cherokee St. under contract for $2.86 million. He plans to use the second location to barrel-age his whiskey. And he’ll need every square foot he can find – it can take up to three years in a barrel before Laws whiskey is ready to pour.

“We’re bottlenecked quite a bit,” Laws said. “What we bottle is about 3 years old, and we want to be able to age for four, five and six years, as well. It sets a good foundation for us to continue.” 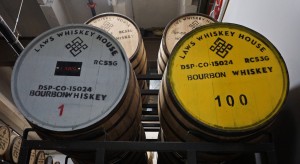 The new building currently houses the Denver Pottery Co., which will remain as a tenant, Laws said.

Laws said he chose the Cherokee Street location because of its proximity to his current distillery.

“We want to age (the whiskey) in the same conditions it currently ages,” he said. “If we age it 10 miles away, there can be different conditions, and it might turn out different.”

It’ll take some work before Laws can start storing whiskey in the new building. He needs to install upgrades like a new sprinkler system, air filtration and backup generator. He’s hired Turn Key General Contractors for the construction, which he estimates will cost about $250,000.

Laws is financing the purchase and construction through the Whiskey House’s existing cash flow, he said. 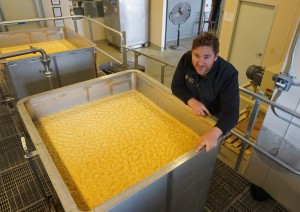 In addition to the new space, Laws also plans to get new fermenting and distilling equipment.

Being able to age large amounts of whiskey at a time is crucial for a distillery because it can take years to restock a depleted supply. Laws, for example, began distilling whiskey on July 4, 2011 but had to age the spirit until 2014 before he could sell it.

And Laws said the company doesn’t have any excess supply right now.

The new aging warehouse isn’t the only investment that Laws is putting into his distillery. He has purchased two 500-gallon fermenting tanks at $3,500 each. He still needs to install the fermenters, which will bring his total number of fermenting vessels to nine.

Laws will also purchase a new still in 2016.

Laws currently distributes his whiskey to about 300 locations throughout Colorado and distributes limited qualities throughout Illinois, New York, New Jersey and Washington, D.C.

Alan Laws is spreading out his whiskey operation to a new space. Photos by George Demopoulos.