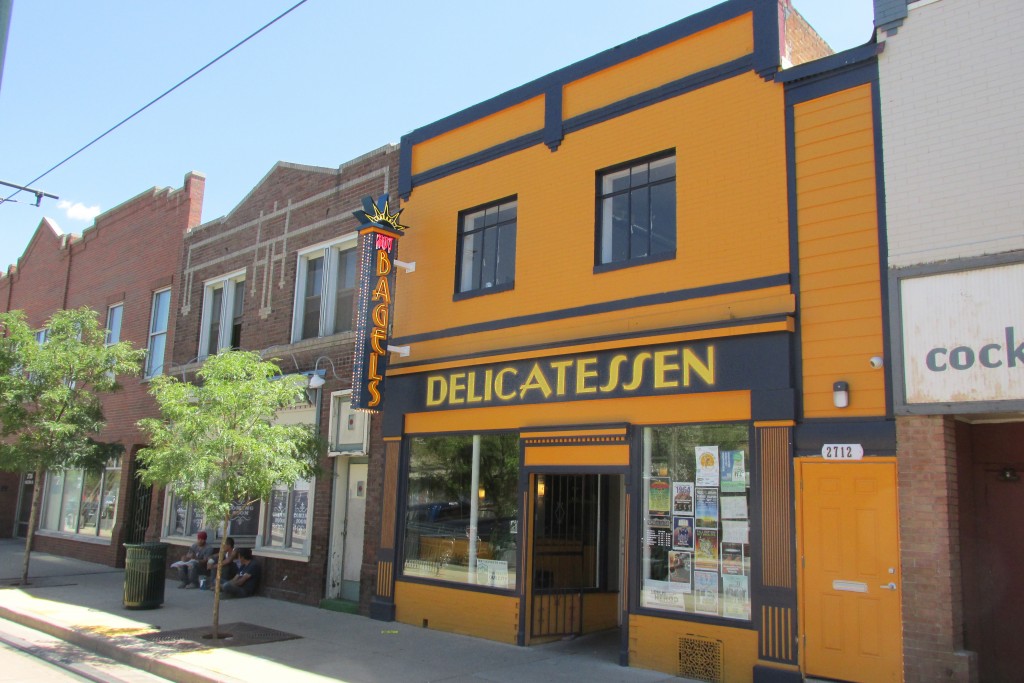 Rosenberg’s has pinned down a second location in Stapleton. Photos by Aaron Kremer.

The year-old bagel shop has signed a lease at the Stanley Marketplace project bordering Stapleton for its second location.

“Welton Street was on the brink of coming around, and we got in on the ground level,” owner Josh Pollack said, referring to his shop in Five Points. “I feel the same way about the city of Aurora.”

Pollack said the new location, like the one in Five Points, will be about 2,500 square feet and include a water purification system that mimics the mineral content of New York City water. It will target customers from the Anschutz medical campus and residents of Stapleton.

The second location is a $500,000 investment, and Pollack said he’s trying to keep customer feedback in mind for the design.

An old guard booth will be converted into a drive-thru order window. Photo courtesy of Stanley Marketplace.

“One of the top five complaints we get from customers is parking. It’s becoming more and more of an issue,” Pollack said. “At the Stanley, we’ll have dedicated spots for people running in (for a pick-up order).”

Pollack also said that he’s going to repurpose an old guard booth for quick deliveries with a drive-thru system, where customers can place an order with an employee in the booth and then pull around to a parking area. A Rosenberg’s employee will bring the food out.

“You won’t have to get out of the car, and the booth acts as an ordering kiosk,” Pollack said. “We think this will help capture the early morning commute traffic.”

Rosenberg’s is one of 48 tenants developer Mark Shaker has lined up for the adaptive reuse project at the former factory. (Read about other Denver small businesses setting up shop there in a BusinessDen story here.)

Shaker, a partner with Flightline Ventures that’s developing the 22-acre Stanley Marketplace, said he has allocated all his commercial space in the 100,000 square-foot project. The demolition wrapped up, Shaker said, and construction has started. He said he’s aiming for a spring opening next year for the $25 million project.

Shaker said that patch of Aurora is closer than Denverites may think.

“You’re 15 minutes from downtown, and five minutes from Park Hill,” Shaker said. “We’re banking on being in close proximity to a lot of interesting neighborhoods.” 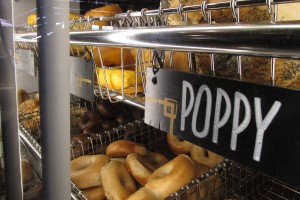 In addition to expanding into a second Welton Street storefront, Rosenberg’s is also on shelves at a local Whole Foods.

The Stanley is likely not the last hole in the breakfast market for Pollack to try and tackle.

Pollack said he’d like to expand to five locations in Colorado. He has also started wholesaling his bagels to the Whole Foods in Cherry Creek, and he has construction underway on a bakery next door to his Five Points shop that will expand the menu with new sweet and savory items.

And he’s waiting to start puttering around in a pretzel-selling tuk tuk as soon as the three-wheeled vehicle is delivered.

But Pollack said operating in an enclosed market will have one advantage over his current shop and his two other pending projects.

“The beauty of a shared space: free smells,” Pollack said. “We have an indoor space to pump our delicious smells into. It’s free marketing.” 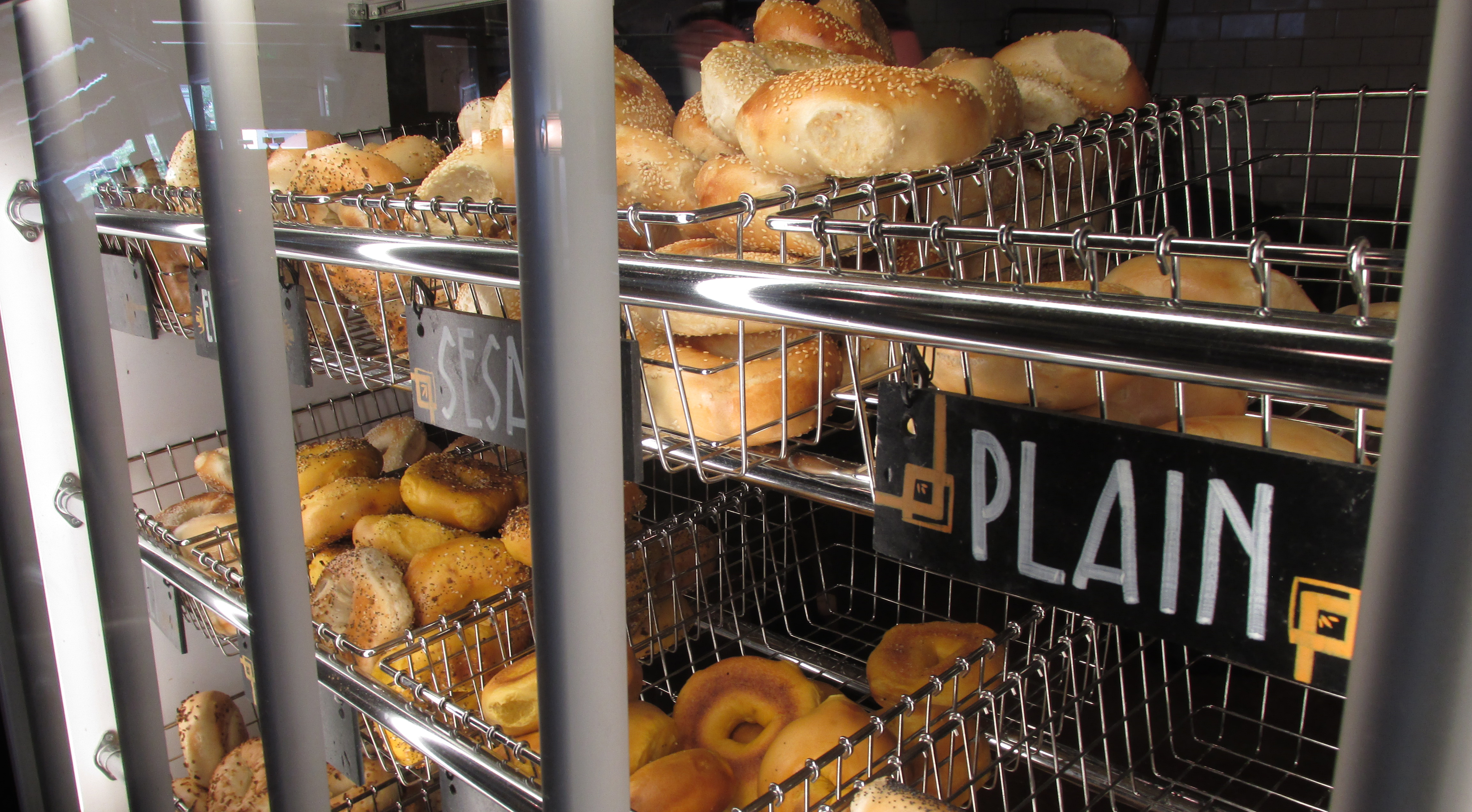 Rosenberg’s has pinned down a second location in Stapleton. Photos by Aaron Kremer.

Great article! Rosenbergs is the best!!! But I read in a different article on businessden that the bakery underway next door has different owners than Rosenberg’s. Has that changed? Here’s the article I am talking about

I’m very excited to see the bakery and the new rosenbergs!!