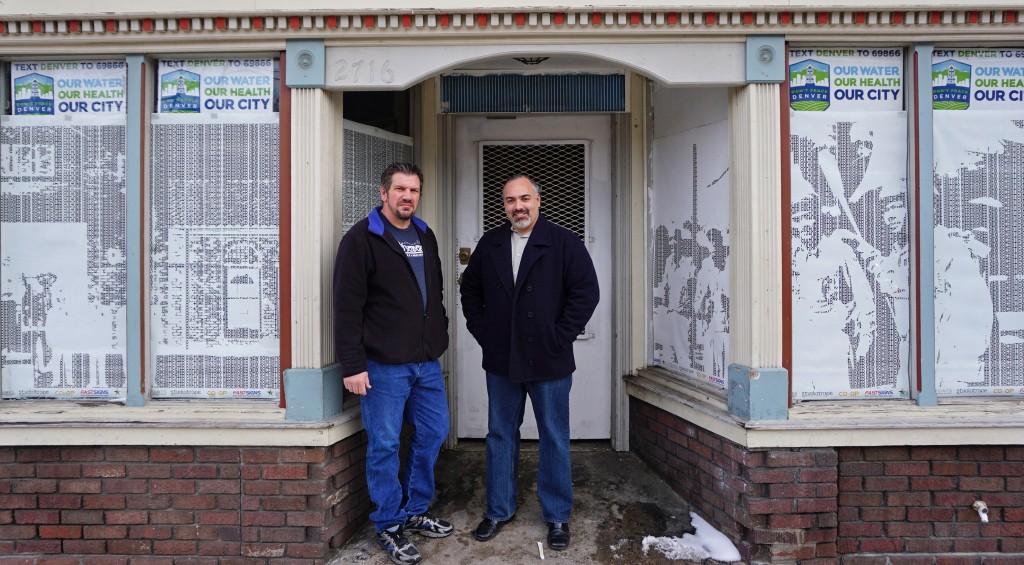 A new bakery seeks to sweeten up one of Denver’s historic neighborhoods.

The Rolling Pin will open this winter on Welton Street next to Rosenberg’s Bagels. It will specialize in European baked goods like croissants and Danish pastries.

“I’ve wanted to do this all my life, and now I have the opportunity to do that.” said Jay Thomas, Rolling Pin’s pastry chef.

“It’s in need of something like that,” he said.

The duo wants to build a new go-to bakery spot in Five Points.

“My family’s lived here since the early ‘20s, so we’re committed to the neighborhood,” Martinez said. “There are a lot of local places that have become staples. We want when people to think of Denver, they think of the Rolling Pin bake shop.”

It will take around $250,000 to get The Rolling Pin up and running, Thomas said. That price includes renovations to the building, licenses and new furniture, fixtures, equipment and ingredients. The investment will also cover the bakery’s first few months of operating expenses.

Martinez and Thomas are still searching for investors for The Rolling Pin and are working with the Small Business Development Center.

Josh Pollack, the owner of Rosenberg’s, will be leasing the 1,480-square foot space and subleasing it to The Rolling Pin.
“We’ll be doing all of Rosenberg’s pastries,” Thomas said. “They’re our first wholesale account.”

The space has sat vacant for 35 years. Rolling Pin’s interior will attempt to capture an “Old Denver” atmosphere with tin ceilings and schoolhouse ceiling lights.

The Rolling Pin’s target demographic will be the residents of Five Points. Given Rolling Pin’s proximity to the 27th and Welton light rail station, commuters could also make up a sizable portion of the bakery’s clientele.

“They’re also working on the central rail line going to 38th and Brighton to go out to the airport,” Thomas said. “People who are going from the airport going downtown, they’ll get off the train for something to eat on the way.”

Thomas has been a pastry chef at Rosenberg’s Bagels since it opened last July. He has also worked in the kitchens of the Grand Hyatt, Denver Country Club and the Brown Palace. Prior to that, he was an instructor at Johnson & Wales University.

Martinez currently works as massage therapist, but he studied cake decoration at the Emily Griffith Technical College and has designed wedding cakes as a hobby for years. He plans to decorate specialty cakes at The Rolling Pin.

The bakery’s name is a tribute to Thomas’ grandmother, who he remembers making pastries with a one-handled rolling pin.

“I asked my grandma what happened to it, and she said it broke off many years ago,” Thomas said. “Whenever I visited her, she’d be making food with that one-handed rolling pin. That’s one of my fondest memories. I feel lucky to include her in our bakery.”

A new bakery is rolling into a long-vacant space next to Rosenberg's bagels and will bring European pastries to the Five Points neighborhood.

Jay and Michael did our wedding cake. It was both beautiful and awesomely delicious. Can’t wait to visit the bakery!