Troy Guard owns a string of restaurants in the Denver area. Photos courtesy of Guard.

A Denver restaurateur said he’s expanding his empire with five new locations and stewing on a breakfast concept.

Troy Guard, founder of the Tag and Los Chingones brands, will add two new Tag restaurants and two new Los Chingones locations. He said he’s also working on a breakfast concept that will open in Stapleton in 2016.

One of the new Los Chingones will open in the Tech Center in September and the other will open in Stapleton next summer.

Guard is also opening two new Tags in Industry and Stapleton, along with an unnamed breakfast joint in Stapleton next year.

“Right now is an amazing growth opportunity for restaurateurs,” Guard said. “Before the notion was we kind of looked down on opening more than one or two restaurants because we didn’t want to be a chain like Applebee’s. Now, chefs have broken out of that mold.”

“I wanted to branch out a little bit outside the city and see how we would do in a different part of town,” Guard said. “I think the Los Chingones concept will do well. There’s also no other Mexican food around there.”

Guard said he’s financing the big expansion with capital from his investors. 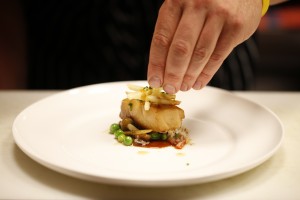 Next, Guard plans to open a Tag restaurant in RiNo’s Industry co-working space next spring. Like the Bellview Los Chingones, Tag Industry will have a 4,000-square-foot floor plan.

Guard hasn’t nailed down the menu for the restaurant yet, but said it’ll be different from previous Tag locations.

He said he’s attracted to RiNo because he sees potential in the neighborhood’s future.

“It’s up-and-coming. There’s a lot of development along Brighton,” he said. “We’re going in a little bit early, but I think within two, three or four years, that area’s going to be the new Highlands.”

Guard will then move on to Stapleton, where he plans on opening a third Los Chingones and a new breakfast concept.

Finally, Guard plans to open a second Tag Burger Bar in the Highlands sometime in 2016. He hasn’t secured a space yet but said he’s got one in mind.

“It’s a good neighborhood spot,” he said. “Instead of going into areas and saying, ‘I have this concept,’ I try to go into areas and see what they need. I choose the area first and then develop the concept.”

Guard, 44, began his career in restaurants in Seattle at age 13. He worked in his neighbor’s sandwich shop on weekends and summer vacations. He’s also worked at restaurants in Asia, Hawaii, New York and California throughout his career.

He moved to Denver 14 years ago.

“People had been telling me that Colorado was a beautiful state,” he said. “It’s got a lot of similarities to Hawaii, minus the ocean – good weather, great people and a really cool town and vibe.”

Troy Guard owns a string of restaurants in the Denver area. Photos courtesy of Guard.

The owner behind several restaurant brands plans on taking two of his concepts into the Tech Center and Stapleton. And he's also planning a new breakfast spot and a move into the Highlands.

The higher end restaurateurs are really missing the boat by ignoring the Castle Rock area. We have to make reservations on Sunday and Monday evenings to eat at some pretty mediocre restaurants down here.