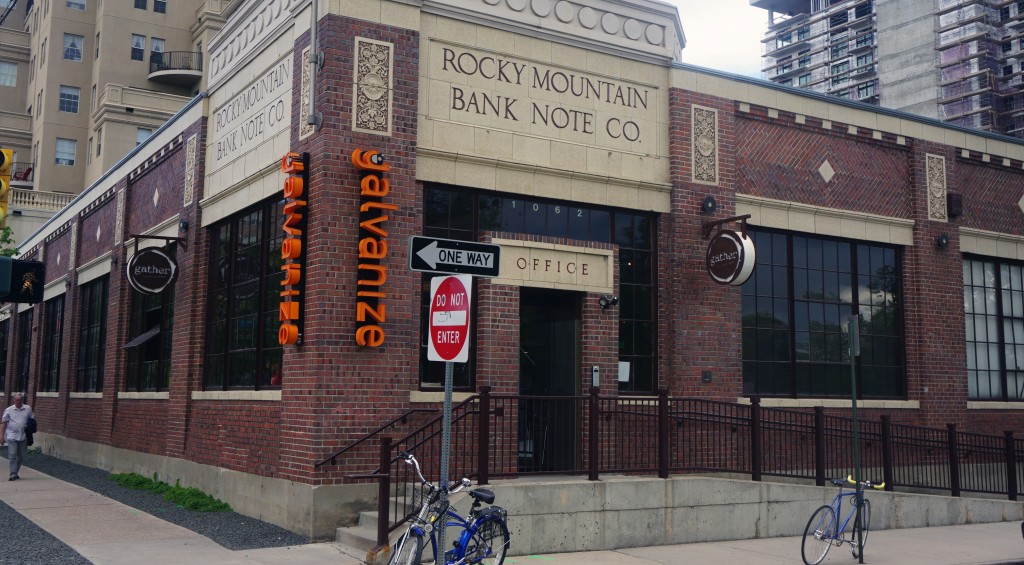 Galvanize operates a co-working space at 11th and Delaware in Golden Triangle. Photos by Burl Rolett.

Co-working hub Galvanize is again adding to its war chest.

The Denver-based startup incubator, which opened its second Denver location on Platte Street May 1, has raised $3 million of its latest $5 million target, according to paperwork filed with the SEC earlier this month.

The company declined to comment on the new fundraising.

The minimum accepted investment is $100,000, and only company officers or accredited investors can buy in.
The company is offering convertible notes, a type of bond which can mature into company equity.

On June 5, 2014, Galvanize filed a Form D exemption that it was raising $18 million. In February of 2015, the company announced that it would lease a five-story 71,000-square-foot building in Seattle to open a Galvanize location there.

Galvanize also launched a VC fund in 2014 that raised about $10 million.

The company, which started in 2012 in the Golden Triangle, currently operates locations in Boulder, San Francisco, Seattle and two campuses in Denver. A planned Fort Collins branch will open in August.

Galvanize operates a co-working space at 11th and Delaware in Golden Triangle. Photos by Burl Rolett.

A co-working company that recently opened its second Denver location has raised $3 million of a $5 million fundraising goal and is getting ready to open another location in Fort Collins.