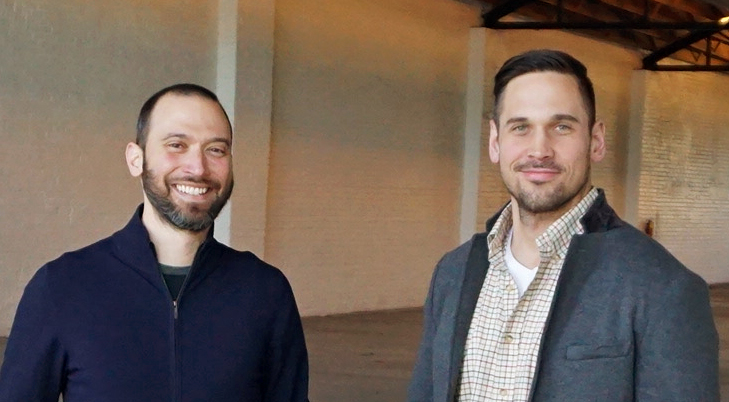 Dean Haritos (left) and Brock Predovich are setting up a shared office space on Broadway. Photo by Burl Rolett.

“I’ve seen co-working happening in Denver, but I always think there’s something missing there,” Predovich said. “We thought, ‘What if we take a co-working environment and inlaid an incubator model?’”

Ignitrr plans to lease out desk space as well as closed-off offices. Starting out, the business will charge reduced monthly rates of $299 for a desk, $899 for a small office and $1,799 for a large office.

But the pair hopes to lure tenants not just by offering the usual amenities of desk space, Wi-Fi, coffee and a conference room. Ignitrr is also selling tenants on mentorship from a list of industry veterans and will invest in those it finds most promising.

Haritos and Predovich signed their lease in late December for a space Predovich called an “empty industrial box” on South Broadway. They’ll build out the property over the next few months and hope to launch in March. 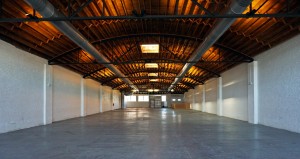 Haritos and Predovich declined to say how much they plan to spend to get Ignitrr up and running, but Haritos said he hopes to make back their initial investment after about a year in business.

Haritos moved to Denver about a year ago after spending 20 years in California. Predovich recently moved to New York from Denver. He owns mortgage company Limetree Lending, and it was the mortgage background that brought Haritos and Predovich together around May of last year.

The pair met through a mutual friend, who knew of Predovich’s Limetree and remembered Haritos had previously worked on PushMX, a software company that catered to mortgage firms before crashing along with the rest of the real estate world in the late 2000’s.

Predovich said he joked he wished Haritos would get PushMX started again because he could use it over at Limetree. But with PushMX foreclosed for good, the two set their eyes on the next big, new idea – both as potential landlords and early investors.

Ignitrr will not take an ownership stake in every business that comes into the office, but Haritos said the company is ready to invest in promising Ignitrr tenants.

Haritos said Ignitrr could be a chance to diversify.

“There is tech here, but where I was everything was tech,” he said. “So I’m looking for a broader base of opportunities to invest.”

Haritos said the monthly income Ignitrr plans to make on rent will provide a more steady income than most of the startups he has dealt with in the past.

Ignitrr is looking for companies that have less than $100,000 in annual sales with the potential to grow to more than $1 million. The company will not target any particular industry in its search for tenants.

“With our mortgage company, I approached several co-working spaces, and they would 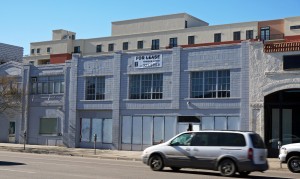 Ignitrr will be located at 445 Broadway.

n’t let us in because we didn’t fit that specific tech bubble they were looking for,” Predovich said.

Ignitrr won’t be short of competition. Galvanize, which also advertises access to industry mentors, has a location in the Golden Triangle with a second under construction in LoHi.

Grant Barnhill, president of Shift Workspaces, said he’s seen demand for simple walk-in co-working – where users pay a monthly membership to drop in and work at a public gathering area – level off over the last year.

“I think there’s a demand, but I think it has become relationship-driven,” he said. “Most of the people who are here are people we have relationships with.”

Ignitrr is sticking strictly to shared office and reserved desk space and won’t be renting a common working area for business people to drop by for work.

Ignitrr has yet to sign on any tenants for the space, but Haritos and Predovich said they have heard from about 75 companies interested in the concept.

If the concept takes off Ignitrr may look to expand into new locations, Predovich said. But for now, Predovich said he hopes to build up to about 30 tenant companies shortly after launch.

Dean Haritos (left) and Brock Predovich are setting up a shared office space on Broadway. Photo by Burl Rolett.

Two potential investors are creating a new shared office in Denver with plans to provide mentorship and a business incubator setting to their startup tenants.