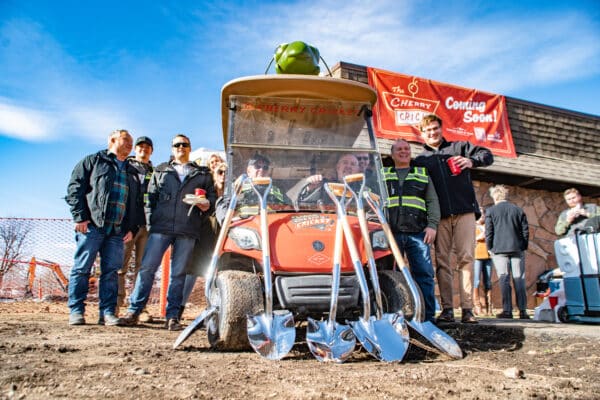 Work is underway on a third location of Cherry Cricket, the burger-and-beer joint whose roots in Denver date to 1945.

The restaurant is expected to open in the middle of next year. It will join Cherry Cricket’s existing locations in Cherry Creek, where the restaurant has had a presence for 77 years, and in Ballpark, where it opened in 2018.

The Littleton restaurant is not a ground-up development. Rather, the existing building at the site, formerly home for four decades to Crestwood Restaurant, is being renovated. It will ultimately seat about 400, including 100 outside.

“It will feel every bit like The Cherry Cricket, but we hope it will bring back memories from the Crestwood, as well. Our team made deliberate decisions to preserve signature elements like the mansard roof and rock walls,” Alex Bunn, the company’s vice president of brand and growth, said in a statement.

MA Architects is the architect on the project. Jordy Construction is the general contractor.

Cherry Cricket has operated in the same building in Cherry Creek since about 1950, according to the company’s Facebook page. The property was purchased earlier this year by Alpine Investments, a Denver developer with ties to Breckenridge-Wynkoop LLC leadership. An Alpine executive told BusinessDen in August that the firm expects to eventually redevelop the property, but that will “not be in the first half of this decade.”

Work is underway on a third location of Cherry Cricket, the burger-and-beer joint whose roots in Denver date to 1945.