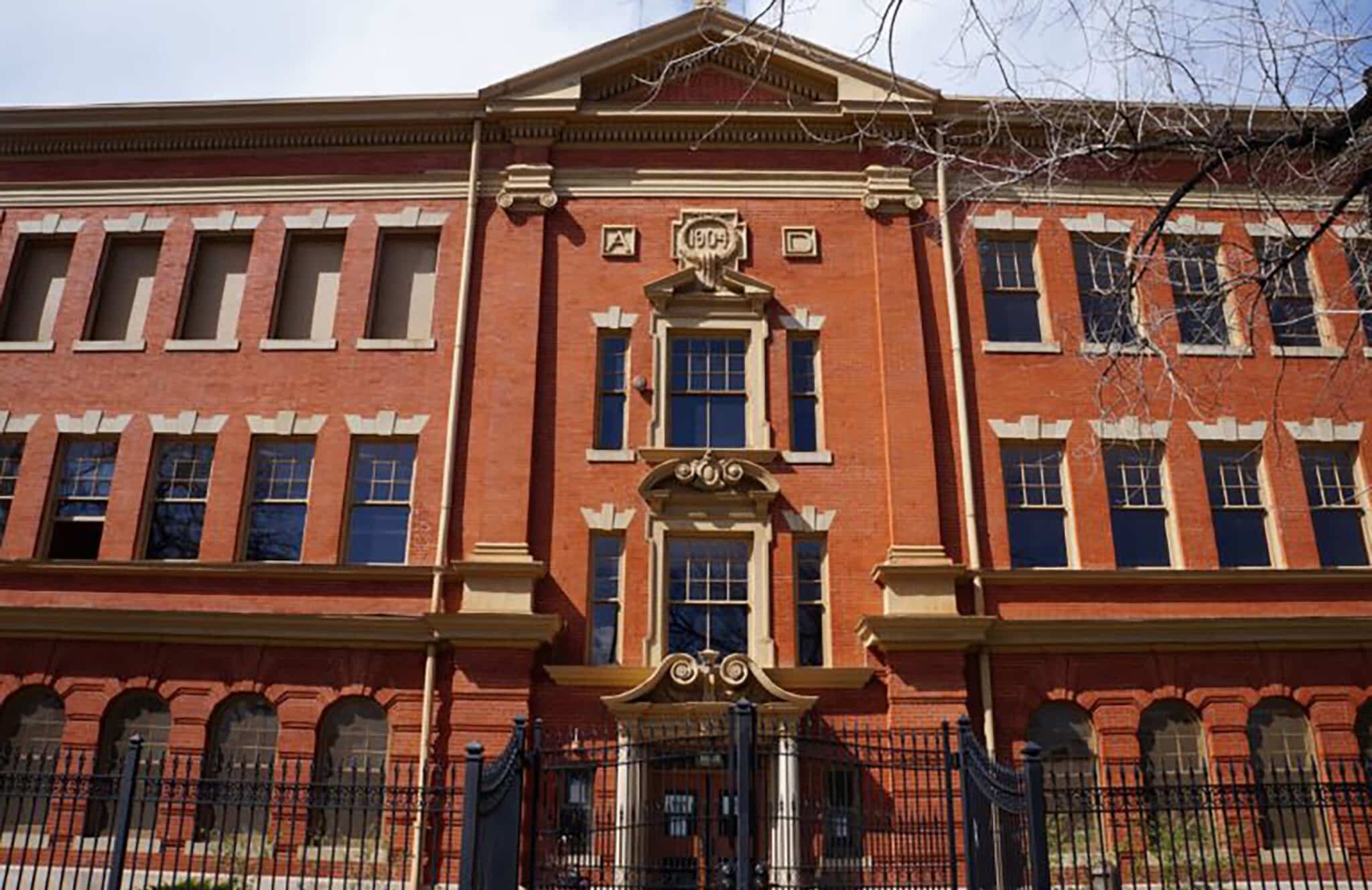 Hotel rooms are planned for the upper floors of the historic Evans School in the Golden Triangle.

An application submitted to Denver’s Landmark Preservation Commission, which will consider aspects of the project on Tuesday, specifies the planned use.

“An event space on the second level will host large gatherings,” the document states. “The remainder of the upper floors will house hotel rooms and hotel amenity spaces.”

The three-story former elementary school at 1115 Acoma St. was purchased in 2019 for $11 million by Denver-based development firms City Street Investors and Columbia Group. The city landmark built in 1904 has sat underutilized for decades, with sporadic use as office and event space.

From the start, executives at those firms said they hoped to incorporate restaurant space on the first floor. But the plan for the second and third floors remained in flux, with City Street founder Joe Vostrejs initially saying that the joint venture was trying to decide between office space and hotel rooms. 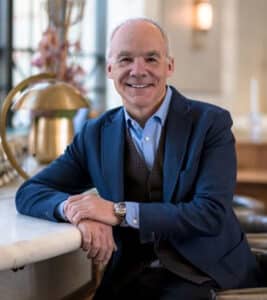 Joe Vostrejs is the founder of City Street Investors.

Vostrejs, reached Monday, said consideration of office space died with the coronavirus pandemic, which has softened demand for office space. He said discussion in recent months has mostly revolved around the extent of retail use and hotel rooms.

“We think the combination of retail, food and beverage and hotel is going to be the most economically viable,” he said. “And it’s also what the neighborhood wants.”

The application to the landmark commission, prepared by Boss Architecture and Kimberlin Architecture, includes proposed floor plans showing 20 hotel rooms on the second and third floors.

“I think that’s probably pretty close to being the number,” Vostrejs said. “It could change.”

The plans also show a fitness center, lounge and other amenity space on the upper floors. Vostrejs said the idea is to make those areas accessible to the broader public, not just hotel guests. An outdoor pool is also planned, potentially one that could essentially convert into a patio as needed.

“It’s an expensive piece, but it would be really cool to use,” Vostrejs said.

Vostrejs said the owners have hired consultants to help nail down specifics of the hotel operation, including branding and price points.

There are a handful of hotels already in the Golden Triangle: one by the Denver Art Museum, an Element by Westin at 1314 Elati St., and a hostel along Broadway at the neighborhood’s edge.

But the closest competitor to the Evans School in terms of proximity could ultimately end up immediately north of the structure. The parking lot there is owned by Denver-based developer Urban Villages, which submitted plans in September 2021 proposing a 30-story building with both hotel rooms and condominiums. That project has not broken ground. 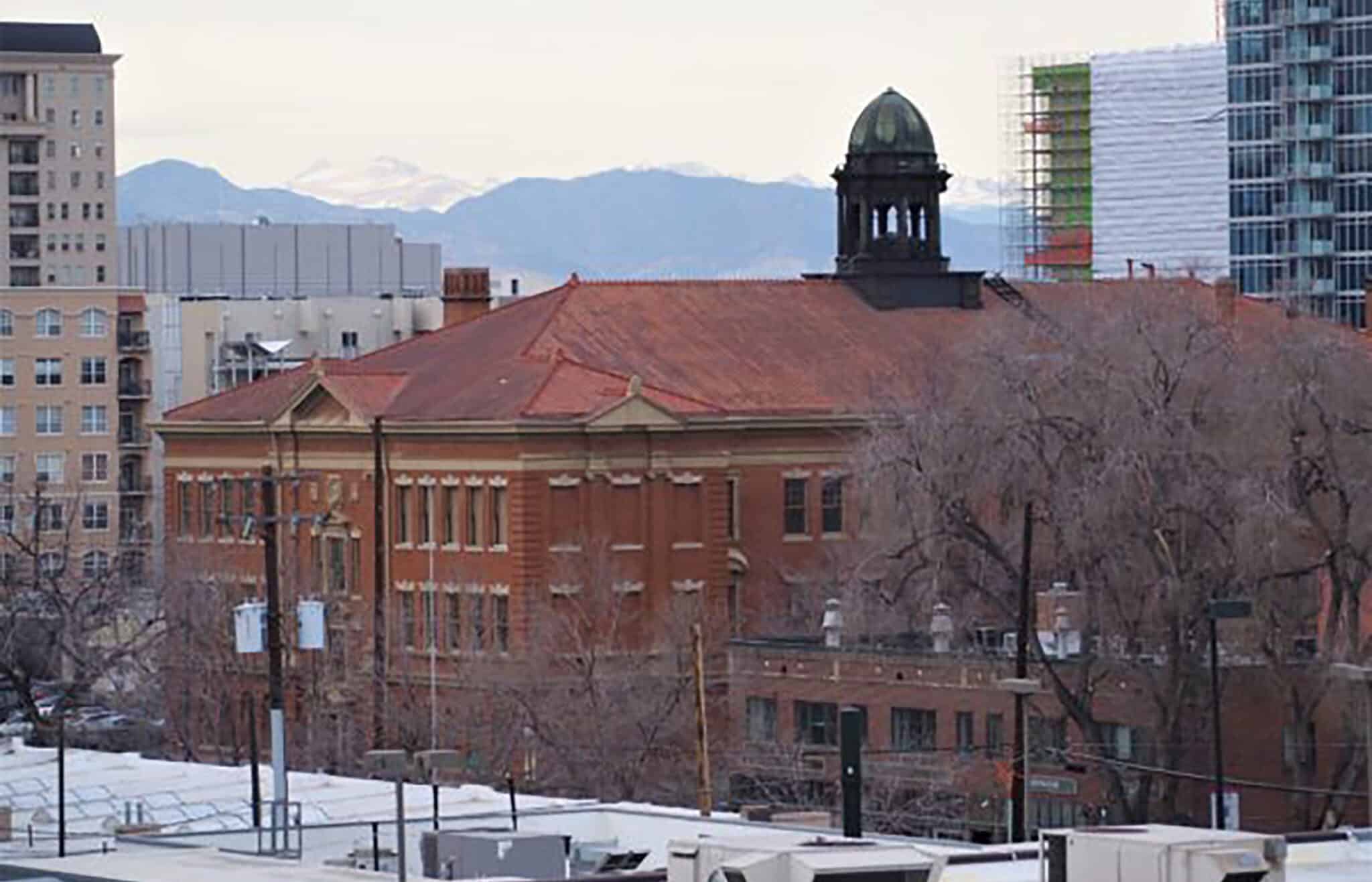 In regard to the first-floor restaurant space at the Evans School, the floor plans show spaces labeled “wine bar” and “coffee/ice cream,” along with other areas more generally designated “bar” and “restaurant/bar.”

Tuesday’s meeting will mark the second time the Evans School has gone before the landmark commission under the new ownership group. The commission approved an initial set of changes in June 2021.

The commission is not weighing on the planned hotel use, but rather details such as an addition on the alley side of the structure.

Asked about the project timeline, Vostrejs said he and his partners are focused on the entitlement process now while waiting to see how overall economic uncertainty pans out.

“This thing is still out there a ways,” he said of completion.