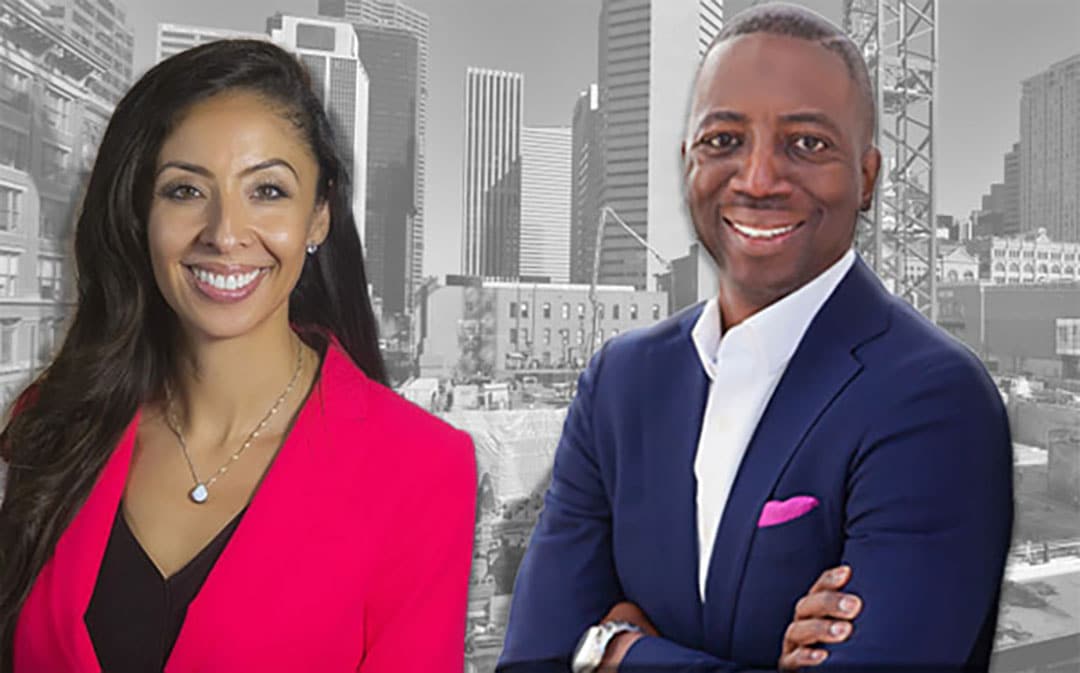 Key players in the local real estate scene, as well as the front office of the Colorado Rockies, are putting their cash behind a challenger hoping to unseat Denver City Councilwoman Candi CdeBaca.

Darrell Watson, who co-owns a consulting firm, raised $77,152 across 663 cash and in-kind contributions as of Sept. 30, according to campaign finance documents. CdeBaca raised $21,850 across 412 donations as of the same date.

A third District 9 candidate, Kwon Atlas, had raised $5,920 as of June 30, and hadn’t reported third-quarter figures as of Friday. The election will be held in May.

District 9 covers north-central Denver, including RiNo, a hotspot for redevelopment. It currently includes downtown, but that will become part of District 10 next year as a result of the recent redistricting process. CdeBaca, a self-proclaimed Democratic Socialist, is wrapping up her first term representing the district after upsetting incumbent Albus Brooks in 2019.

Some of CdeBaca’s votes have raised eyebrows in the real estate sector.

In 2020, she spearheaded the council’s high-profile rejection of rezoning for a 650-unit apartment project in the Denargo Market area on the grounds that, at 10 percent of units, the project did not incorporate enough income-restricted housing.

In 2021, CdeBaca was the sole council member to vote against selling 2,200 square feet of land left over from the construction of an RTD station for a 551,900 percent gain. A city official described the land as “not usable in any way, shape or form.” CdeBaca said the city “should either be selling it for more, or we should be utilizing it for something else, including camping.”

In 2022, she was the sole vote against the city’s “Expanding Housing Affordability” plan, which requires those building residential projects to incorporate income-restricted housing or pay a massive fee. CdeBaca felt the regulations didn’t go far enough, saying “we’ve written a policy to uplift developer power while ignoring the city’s greatest needs.”

District council candidates in Denver can raise up to $200 per individual per election cycle if they participate in the city’s “Fair Elections Fund,” a measure passed by voters in 2018 that provides public matching funds at a 9-to-1 ratio for donations of $50 or less.

All three District 9 candidates have signed up to participate. They are eligible to receive up to $125,000 in public matching funds, on top of the aforementioned cash and in-kind contributions.

Finance disclosures show that the following individuals are among those who donated the $200 maximum to Watson in either the second or third quarters of this year. (Find a full spreadsheet of donations to Watson and CdeBaca here.)

• Remy Dikeou and Riisa Dikeou, members of a family that own numerous parking lots in Uptown and the Central Business District.

• Brent Farber and Brad Farber of Elevation Development Group, part of a team hoping to build a grocery store in the Cole neighborhood.

• Andrew Feinstein, CEO of EXDO Group Cos., owner of RiNo event venue ReelWorks and co-developer of nearby projects.

• Laura Newman of Chicago-based Golub & Co., which co-owns the former Greyhound block downtown as well as about 17 acres in Denargo Market and another development site by RTD’s 38th and Blake Station.

• Randy Nichols, president of Nichols Partnership, which has projects in the works near Union Station.

None of the aforementioned individuals donated to CdeBaca or Atlas, according to those candidates’ disclosures.

Mosher told BusinessDen that Watson has “been part of the downtown business community and I think people know him.”

Mosher said he’s never met CdeBaca. He said that the firm he works for, Trammell Crow, has not developed in District 9 during CdeBaca’s term, and doesn’t have any projects in the works there.

“She obviously has a reputation that’s been somewhat anti-development,” he said.

Watson: ‘The only way out of this crisis is we build housing’

Watson, who turns 53 this week, said in an interview last week that he was born the youngest of seven in Saint Thomas, part of the U.S. Virgin Islands, and moved to Colorado in 1987 to attend the University of Colorado Denver. He started working in finance, at U.S. Bank and then TIAA, and called his career choice “intentional.”

“I was going to break the generational poverty that I was living in,” he said.

In 2020, Watson left TIAA to start a consulting firm with his husband, offering diversity-training related services to companies and nonprofits. The Whittier resident has sat on various boards at the neighborhood, city and state levels.

Watson said he decided to run because “I really didn’t see the seriousness in the leadership of District 9.” His mother, who now lives in subsidized housing in Curtis Park, encouraged him.

“She watches Channel 8 like I watch the Broncos, cussing and screaming and throwing things,” Watson said, referring to the municipal access TV station that airs council meetings.

Watson said he believes he’s received donations from developers — “folks who are building our city” — because “they see I’m focused on the issues, not focused on drama, not focused on angry tweeting.” He also said he is just receiving more donations overall.

“I am receiving support across the board — pick the industry,” he said.

Watson described CdeBaca’s Denargo Market rezoning rejection as “being willing to sacrifice the good in search for perfection” and said “she has voted against more affordable housing in D9 than she has voted for.”

“I believe clearly we’re in a housing crisis, and the only way out of this crisis is we build housing of all levels,” Watson said.

In a statement to BusinessDen, CdeBaca noted she’s been in this position before.

CdeBaca said that Brooks “at the time, appeared to be groomed for a 2023 mayoral run at the end of his final council term.”

“My win disrupted a succession plan that likely included my current opponent, who has run unsuccessfully for this seat twice before,” she said.

Watson ran in 2007 for what was then the District 8 seat, losing to Carla Madison. He also filed to run in 2011 but said he discontinued his campaign due to being diagnosed with cancer.

CdeBaca called it “unsurprising” that developers were donating to Watson.

CdeBaca said that developers “represent a very small slice of the Denver population.”

“My currency is trust amongst a much larger slice of Denver — voting residents of my district, and we have proven that campaign finance reporters are not the primary nor the sole measure of voter preference,” she said.

Watson, meanwhile, said he believes this time is different because CdeBaca has a voting record. During the city’s recent annual budget process, he noted, CdeBaca proposed dozens of amendments. Watson said a handful were “amazing,” but none passed because the councilwoman hadn’t done the work to build support.

Correction: This story has been updated to note that downtown Denver will become part of District 10 next year due to the recent redistricting process.