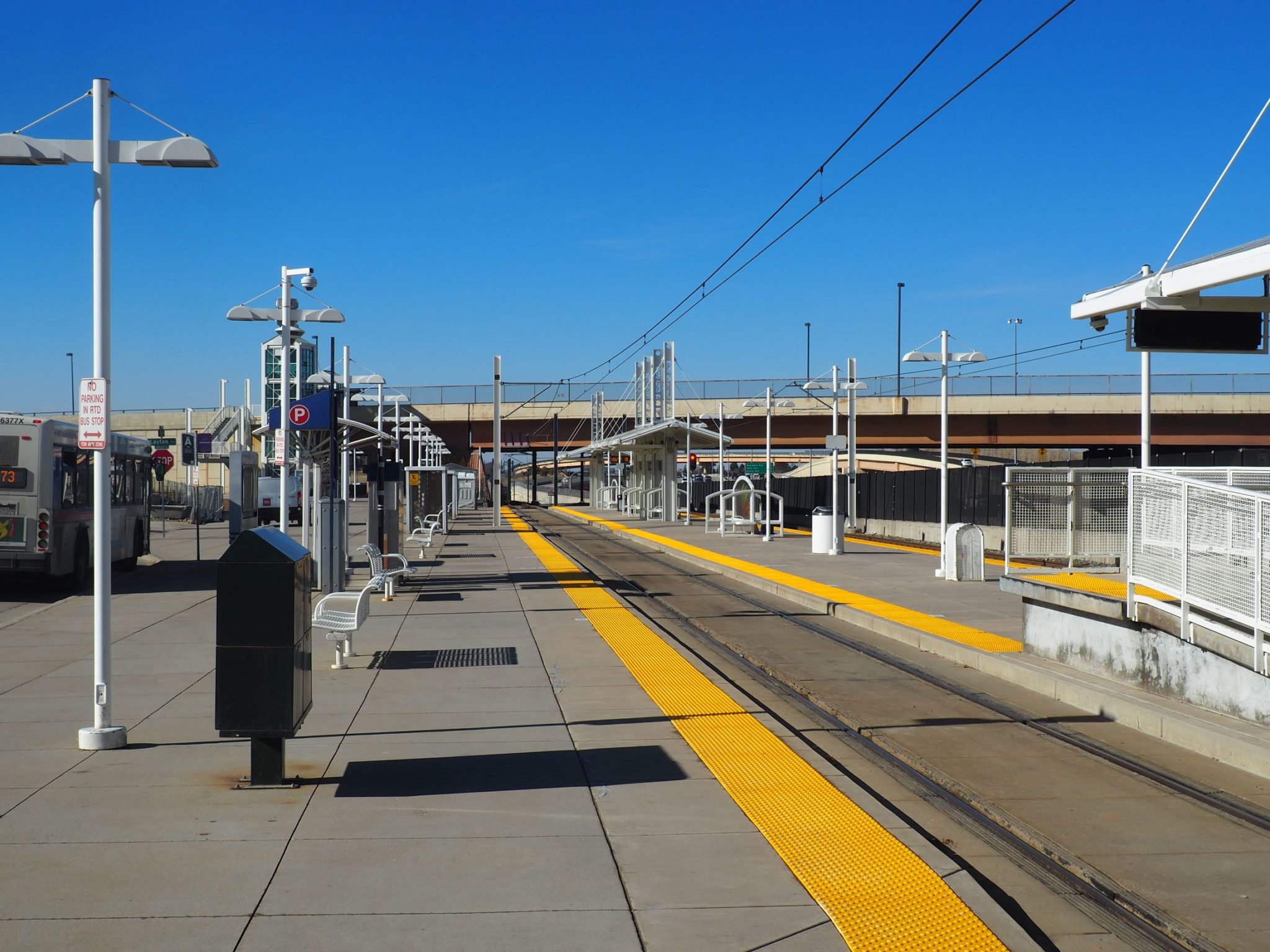 The land purchased by Stonebridge Cos. for $55,200 is across the street from RTD’s Belleview Station. (Thomas Gounley photo)

The descriptions of the property voiced last Monday were not flattering.

And that was the seller speaking.

“It is not buildable. It is not usable in any way, shape or form,” said Lisa Lumley, the city’s assistant director of real estate.

“It is not a square or a rectangle,” added City Councilwoman Kendra Black. “It is a very odd-shaped piece of property that literally couldn’t be used for anything.”

But nevertheless, the city had found a buyer for 2,208 square feet of the 4889 S. Quebec St. parcel, a narrow bit of land left over from the construction of RTD’s Belleview Station, which is just across the street.

The city bought the land back from RTD in 2013, after the station was completed, paying the essentially ceremonial price of $10.

And last Monday, the council approved the sale of the land to Denver-based hotel company Stonebridge Cos. for $55,200 — a gain of 551,900 percent.

Stonebridge owns the land immediately to the west, where it previously operated an extended-stay hotel. Early last year, Stonebridge — which owns numerous hotels around Denver, as well as other cities — demolished the hotel and dug a large hole, in preparation for construction of an 18-story building that will have both office space and hotel rooms, as well as possible other structures. But it paused work at the site when the coronavirus pandemic set in. 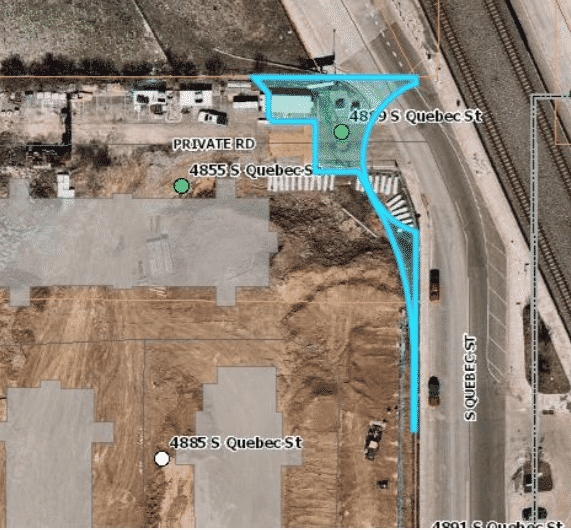 A map of the 4889 S. Quebec St. parcel. The city is keeping ownership of part of the parcel for right-of-way purposes. (Courtesy of the City of Denver)

Stonebridge CEO Navin Dimond told BusinessDen in an email that the company won’t actually build on the 2,208 square feet it just purchased, although it could potentially become an access point into the broader development.

“The oddly-shaped parcel is immediately adjacent to our larger parcel and hence the purchase,” Diamond said, adding the timeline for his project there is “wait and see.”

But the decision to sell to Stonebridge wasn’t unanimous.

“It is right next to a corporation, and I feel that, with the conditions in the city, we should either be selling it for more, or we should be utilizing it for something else, including camping,” CdeBaca said. “So I’m a no on this one, and I really hope in the future we figure out to sell our land for market rate when we’re selling it, instead of for pennies on the dollar.”

Black, who represents the district that the land is in, disagreed.

“I understand people’s thoughts about city-owned property but this really is not usable in any way,” she said.

“Overall, this is a net positive for the city because we put this back on the tax rolls,” he said. “The owner will then be paying property tax on it and will be funding some of these programs that are so important to us.”

The sale is expected to close in the coming weeks.

While Stonebridge’s project across from Belleview Station is on hold, there is one construction project underway just to the north. Denver-based Vectra Bank broke ground in December on a nine-story building that will be used as its headquarters and incorporate a retail branch.

The land purchased by Stonebridge Cos. for $55,200 is across the street from RTD’s Belleview Station. (Thomas Gounley photo)