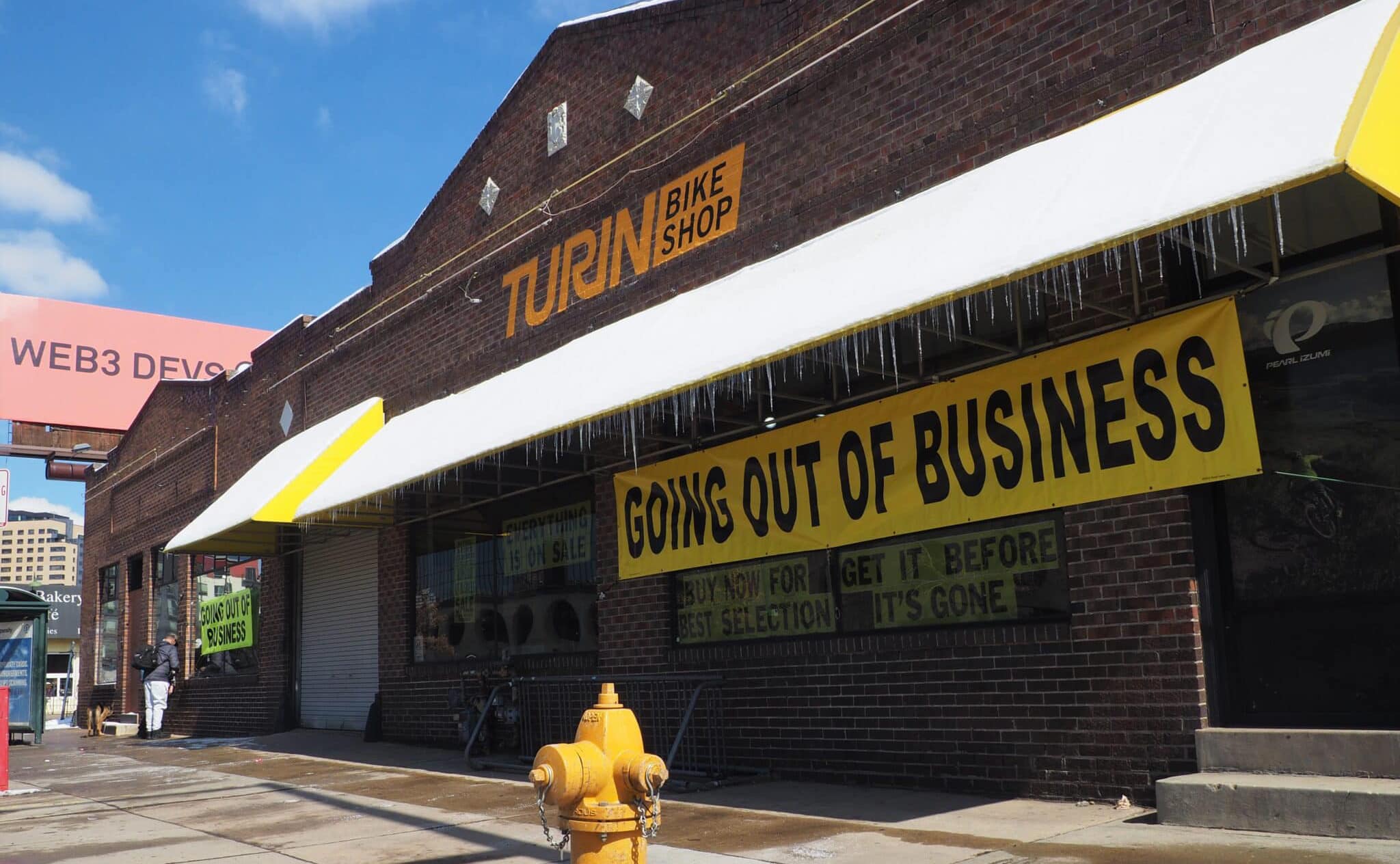 Turin Bicycles had been at 700 Lincoln St. since 1991 before closing this year. A developer plans to build an 18-story apartment building on the site. (BusinessDen file photos)

Apartment developer Carmel Partners has purchased the former home of Turin Bicycles, which operated for 51 years before its closure earlier this year.

The San Francisco-based company paid $10.8 million last week for 0.7 acres at the northeast corner of 7th Avenue and Lincoln Street in Cap Hill. That works out to $350 a square foot.

The site currently has two buildings on it: the building where Turin operated at 700 Lincoln St. and another to the north at 726 Lincoln St., home to City Cafe. The remainder of the site is used for parking.

Carmel, which did not respond to a request for comment, plans to demolish the structures and construct an 18-story apartment building. The latest version of the plans call for 324 units.

Turin was Denver’s oldest bike shop prior to closing in March.

Woolley purchased the building for $2.6 million in early 2020 from former Turin owner Alan Fine. At the time, Fine told BusinessDen that he expected to sell the business itself that spring to two longtime managers who didn’t have the resources to buy the building. The shop signed a two-year lease with Woolley, which the parties said could potentially be extended.

But Woolley said the pandemic challenged the bike shop, and he and the shop owners couldn’t find a mutually agreeable way to structure a new lease going forward. 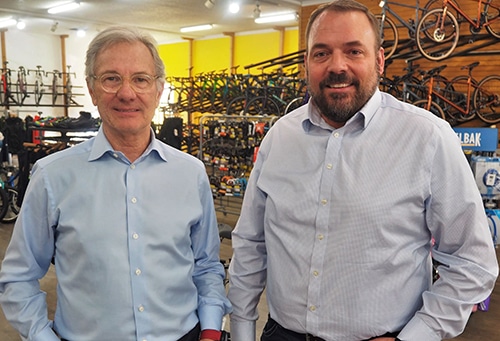 Woolley said he approached the property owners to the north to see if they were also interested in selling because the Turin property wasn’t large enough to appeal to most developers.

“Unfortunately, building a building for people — whether office or residential — starts with an analysis for parking,” Woolley said.

The 726 Lincoln building was controlled by Evan Makovsky and Barry Gilbert of NAI Shames Makovsky, who paid $2.1 million for it in August 2021, records show.

Woolley and Makovsky purchased the parking lot between the buildings for $1.8 million in April, securing the assemblage for the sale to Carmel. Shames Makovsky brokers Dorit Fischer and Hayden Hirschfeld helped secure the buyer.

Carmel is active in Denver. The firm is currently building on a former parking lot across from the Pepsi plant in RiNo and purchased a site in LoHi for $10 million earlier this year.

While Turin has closed, City Cafe continues to sell pastries, breakfast and lunch from the building at 726 Lincoln St. Owner Jenival Santos said the business has operated at the site for more than a decade, and he purchased it about five years ago.

“We’re going to have to leave and find another place,” Santos said, adding he expects to be able to stay through at least March.

Santos said he is interested in relocating the business closer to Aurora or Parker, and would like to add some Brazilian dishes to the menu.

Turin Bicycles had been at 700 Lincoln St. since 1991 before closing this year. A developer plans to build an 18-story apartment building on the site. (BusinessDen file photos)