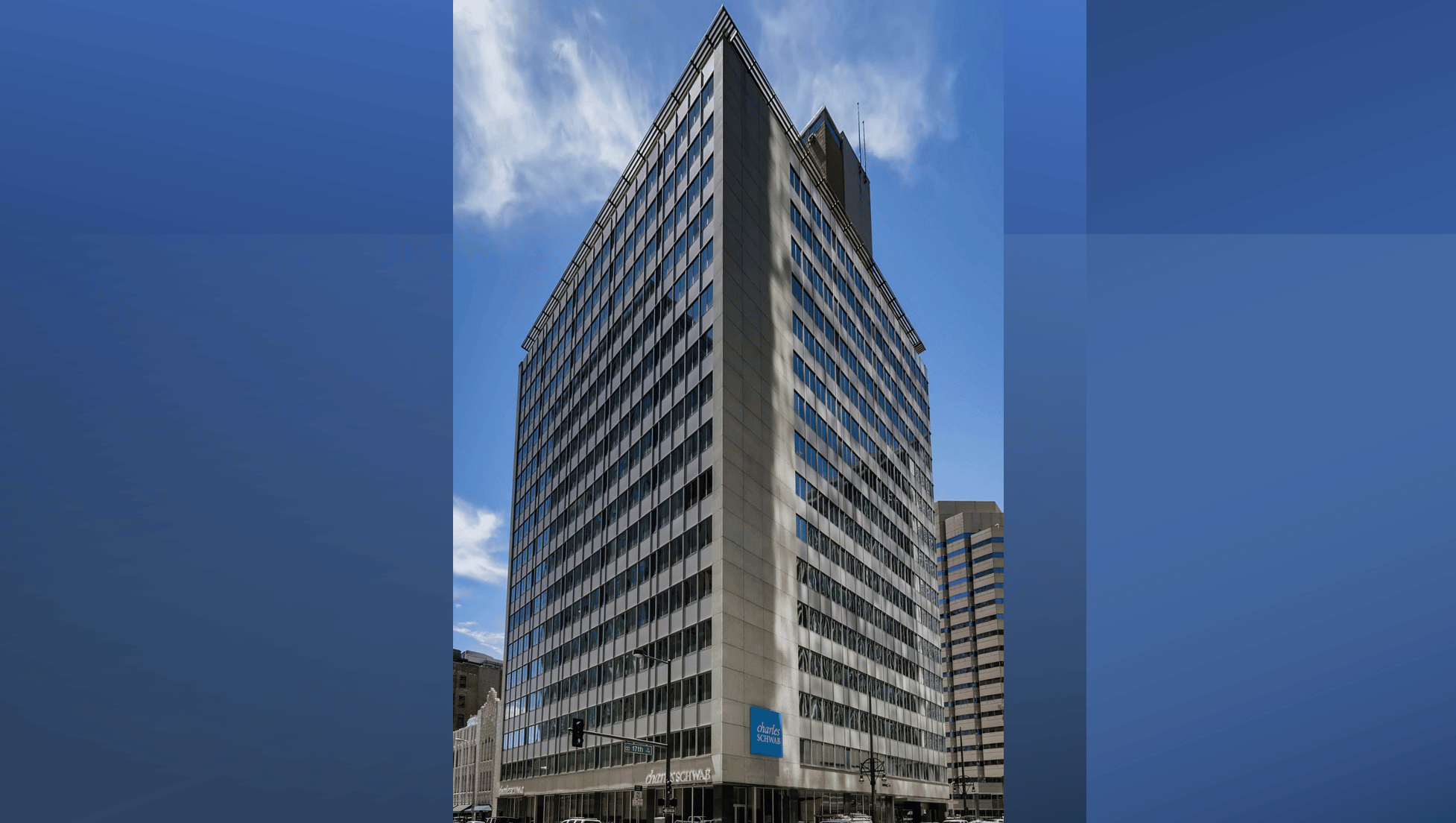 A 24-story office building in downtown Denver, currently two-thirds vacant, is set to be auctioned off next month.

The auction for the DC Building at 518 17th St., currently owned by Goldman Sachs and Seattle-based Unico Properties, is scheduled to begin online Aug. 22 and end two days later, according to auction website Ten-X.

The minimum bid is $9 million. Newmark is showing the property ahead of the auction.

The auction site says the building, which dates to 1954, has 274,598 rentable square feet, of which just 30.6 percent is currently occupied. That translates to about 190,000 square feet of available space.

Unico purchased the building for $30 million in 2015. A company executive told BusinessDen at the time that the building was about 80 percent leased.

Unico proceeded to spend about $10 million on improvements to the building, including installing a gym and a two-lane bowling alley, according to marketing materials.

In 2019, Unico announced that it had sold the DC building, along with 26 other structures in Denver and Seattle, to an affiliate of Goldman Sachs. Unico maintained an undisclosed stake in the portfolio.

The DC Building’s name references the Denver Club, a social club that has space at the top of the building. The club’s tenure at the property dates to the 1880s, long before the current structure was developed, according to the listing.

The structure is in Upper Downtown, a portion of downtown with older, larger office buildings that, compared to the blocks closer to Union Station, has struggled to attract tenants in recent years. A handful of office buildings in the area have been eyed for residential conversion.

Unlike the recent auction of the Denver Energy Center, a two-tower office complex in Upper Downtown that has also seen occupancy dip in recent years, the auction of the DC Building is not the result of foreclosure.

“Ownership arrived at the decision to market 518 17th St. for sale after careful consideration of broader portfolio strategy and broker feedback,” Tyler Hall, an asset manager at Unico, said in a statement. “In consult with Newmark’s team, we determined a process leveraging the Ten-X platform alongside the traditional broker model would best serve the asset and reach all investor classes.”