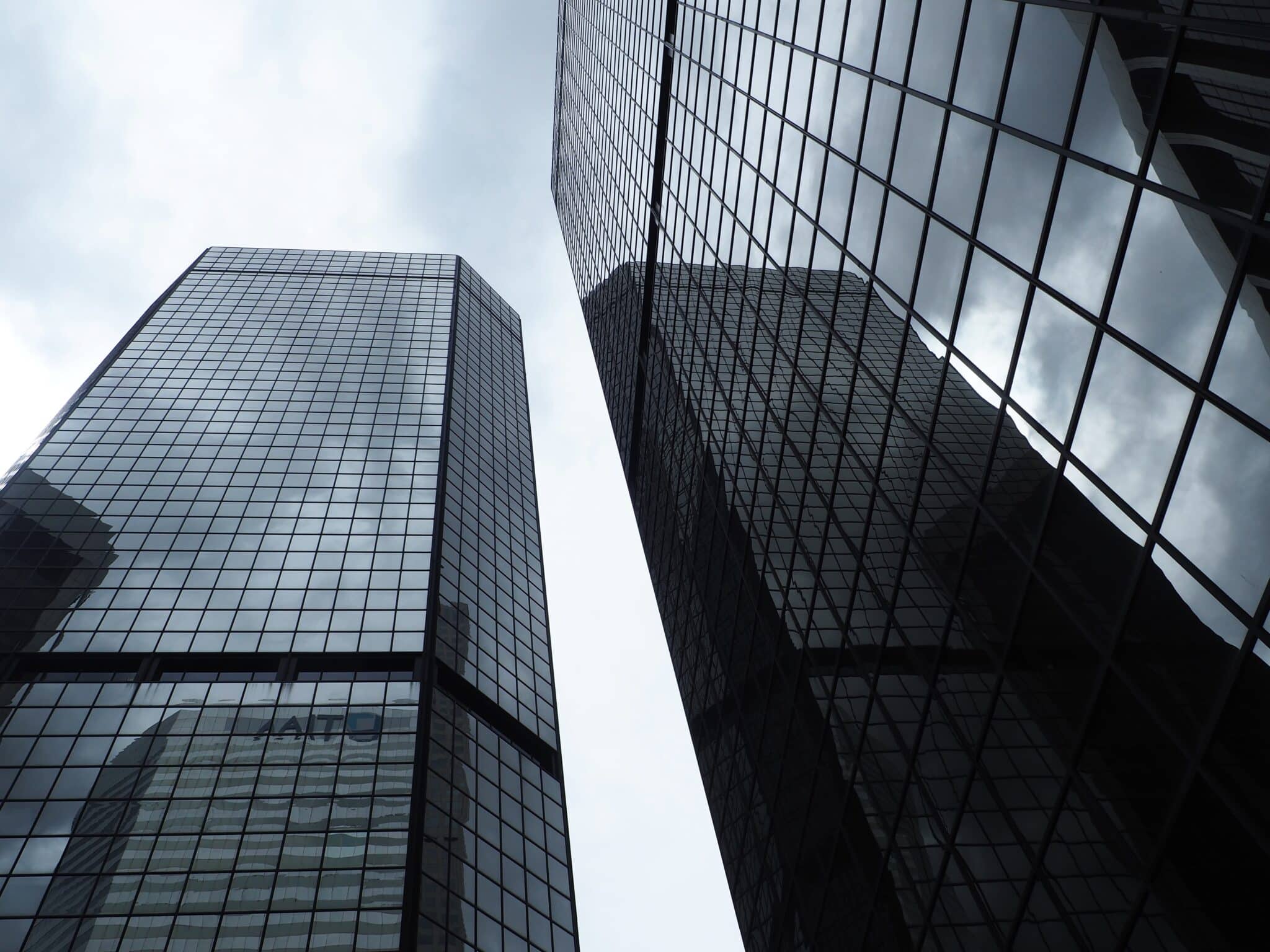 The towers that make up the Denver Energy Center are 28 and 29 stories tall. (BusinessDen file photos)

A two-tower office complex in downtown Denver that saw occupancy dwindle prior to the pandemic was sold at auction on Thursday to the lender that financed its acquisition a decade ago.

JPMorgan Chase Commercial Mortgage Securities Trust submitted the only bid for the Denver Energy Center office complex, which features two towers at 1625 and 1675 Broadway and was previously known as World Trade Center Denver.

The bid was for $88.2 million, a 50 percent drop from the last time the building changed hands.

The complex, which dates to 1979, has been owned by Los Angeles-based Gemini Rosemont, which paid $176 million for it in April 2013. In connection with that acquisition, the firm, at the time known as Rosemont Realty, took out a $114.4 million loan from JP Morgan Chase & Co., records show.

That loan was set to mature in May 2023, 10 years after it was issued. But Gemini missed months of payments, according to a report from commercial real estate loan-tracking firm Trepp. Chase’s bid indicates the total debt on the property at the time of auction was $109.5 million.

Foreclosure auctions are held on Thursdays in Denver County. The auction was originally scheduled for March 3, but it was postponed 16 times before finally taking place this week.

Perkins Coie attorney Craig Allely, who represents the Chase trust, told BusinessDen that lenders typically submit a bid in situations like this, although they are not required to. Chase’s bid was submitted late Tuesday, two days before the auction began, and thus effectively served as a minimum bid for the auction. 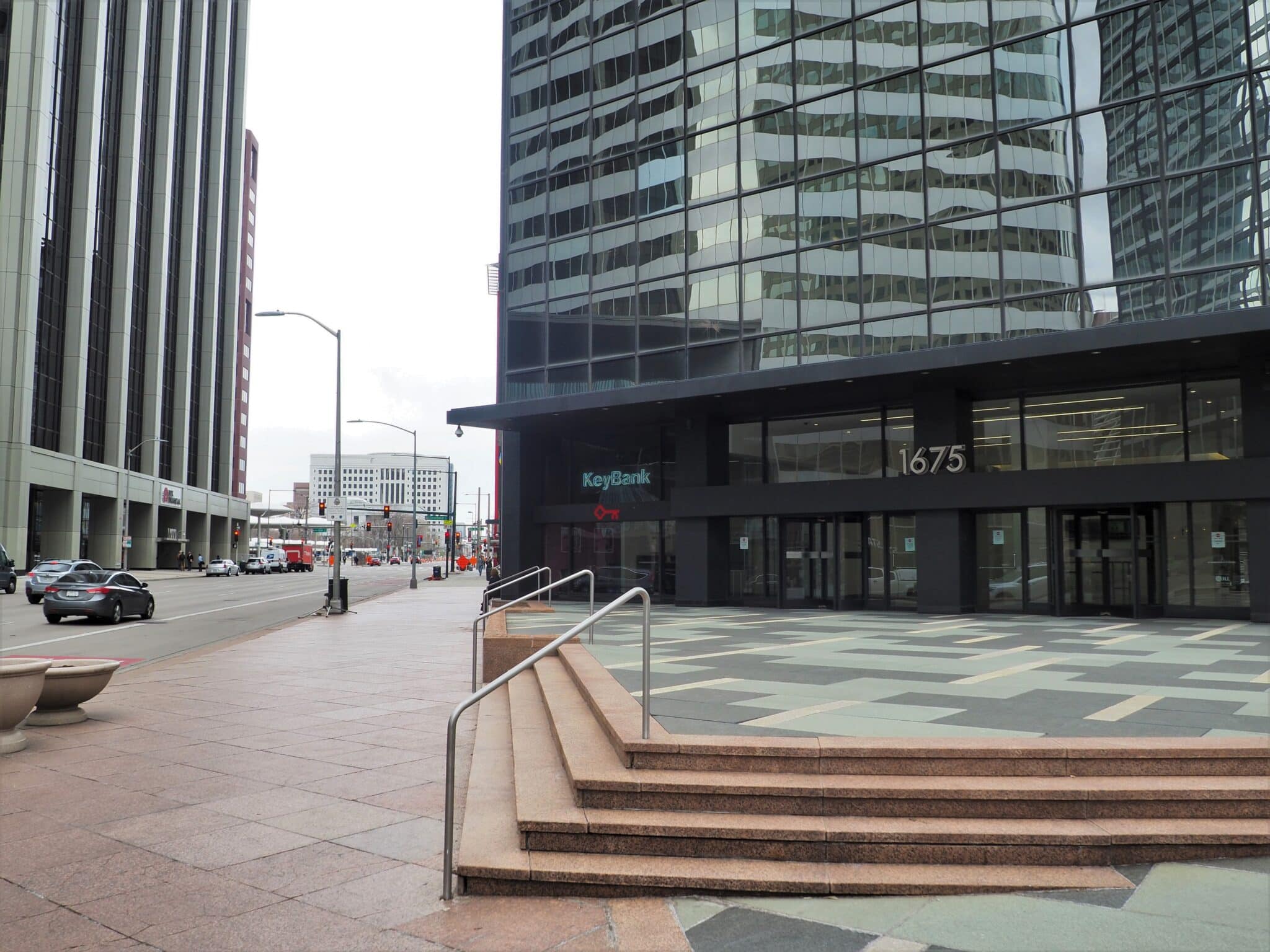 Allely said he couldn’t speak to how the Chase trust landed on the $88.2 million figure, or why no other parties opted to submit a bid.

He said the Chase trust submitted a “credit bid,” meaning the $88.2 million is subtracted from the Gemini Rosemont’s total debt on the property. The ownership will likely transfer in eight business days.

“In a normal situation, their goal would be to stabilize the property — get it back up on its feet if you will — with the hope that it will someday be worth more than $88 million,” Allely said of the new owner.

“I don’t think any lender wants to end up with the property. That’s not their business,” he added.

Gemini Rosemont said at the time of its 2013 purchase that the complex was 95 percent leased to 55 tenants. The complex was 59 percent occupied as of December, according to the Trepp report.

While the pandemic has posed significant challenges for the office sector, the Denver Energy Center’s lackluster occupancy predates the rise of the coronavirus. Multiple tenants totaling about 46,500 square feet vacated the building in the first half of 2019, the largest of them being Noble Energy, according to the Trepp report. Toward the end of that year, months before companies shifted to work-from-home mode, occupancy was 61 percent.

Gemini Rosemont marketed the building in recent months but was unable to find a buyer willing to pay an amount equal to the firm’s debt, according to Trepp.

The complex’s current tenants include KeyBank, which Gemini said in 2020 had signed a 10-year lease extension for 27,000 square feet in the complex.

The towers that make up the Denver Energy Center are 28 and 29 stories tall. (BusinessDen file photos)