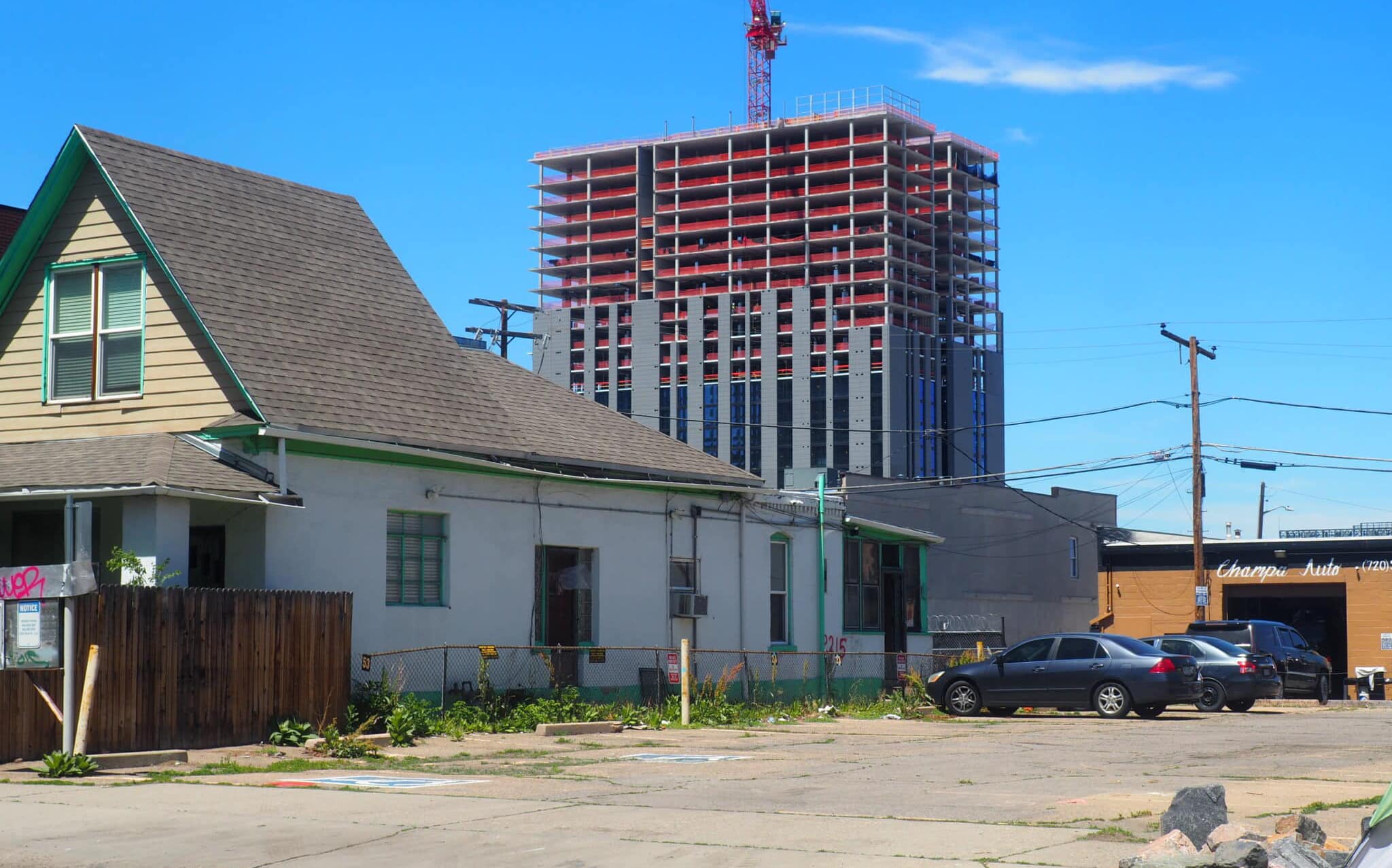 The 2200 block of Stout Street, with the X Denver 2 apartment complex under construction in the background. (BusinessDen file photo)

A Chicago-based firm eyeing a big entrance into the Denver market has submitted development plans for a third site.

Plans submitted to the city earlier this month call for the project to have three towers rising out of a shared parking podium. The tallest tower would top out at 25 stories and 273 feet, with the other towers being slightly lower.

The plans call for about 11,000 square feet of ground-floor retail space and 623 parking spaces, some of which would be underground. There would be 111 studios, 662 one bedrooms and 125 two-bedroom units. CMK did not respond to a request for comment.

Concept plans are an early-stage development proposal, and some projects ultimately never get built. The city has seen an increase in recent concept plan submissions as developers seek to beat a June 30 deadline to be grandfathered in from a recently passed income-restricted housing mandate.

In this case, however, CMK has already purchased much of the land along Stout Street, signaling the company is strongly interested in the site.

Since late December, an entity affiliated with CMK has paid about $10 million for parcels along the block, with some of the purchases closing as recently as early June, according to property records.

CMK has submitted two other development plans, as BusinessDen reported in late May. The company has proposed a 25-story, 646-unit residential building at 2215 and 2243 California St., and already owns that property. CMK has also proposed a 37-story, 500-unit project in the 2000 block of Lawrence Street; it does not currently own that property.

The 2200 block of Stout Street, with the X Denver 2 apartment complex under construction in the background. (BusinessDen file photo)