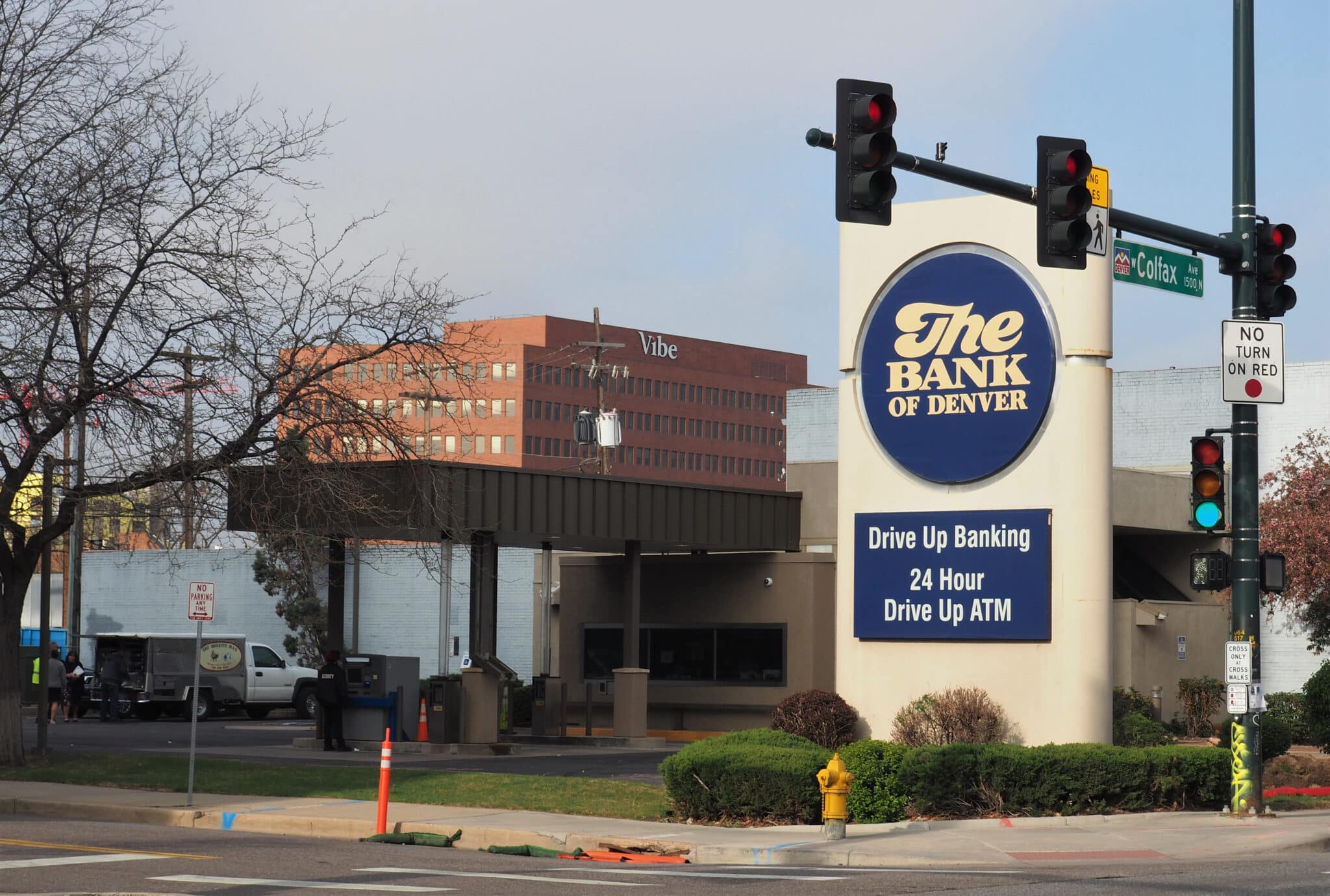 The Bank of Denver will close its Golden Triangle location at 606 W. Colfax Ave. at the end of the business day Aug. 31. (Thomas Gounley photo)

The Bank of Denver will close one of its three branches at the end of August.

The bank told customers in a flier that it will close its Golden Triangle location at 606 W. Colfax Ave. at the end of the business day Aug. 31. It has been open for more than 30 years.

“We are closing our Golden Triangle Branch in August because the volume of customers using this branch has declined over the past two years,” Vice President Lisa Page said in an email.

City property records show that 606 W. Colfax is owned by Fox Street Inc. According to state business records, Fox Street is owned by Linda Rock-Kreutz, the bank’s top executive. Page said that The Bank of Denver expects to eventually sell the building.

The remainder of the block the branch is on was purchased in December for $15.5 million by San Antonio-based developer Embrey, which plans to build a large apartment complex.

A block away, Chase is turning the former Denver Diner building into a bank branch, after purchasing it for $4.88 million last year. And on the other side of Colfax, Credit Union of Colorado paid $1.9 million earlier this year for the freestanding 1275 Tremont Place building.

The Bank of Denver will close its Golden Triangle location at 606 W. Colfax Ave. at the end of the business day Aug. 31. (Thomas Gounley photo)

“The volume of customers … has declined over the past two years,” a bank vice president said of the 606 W. Colfax Ave. location.