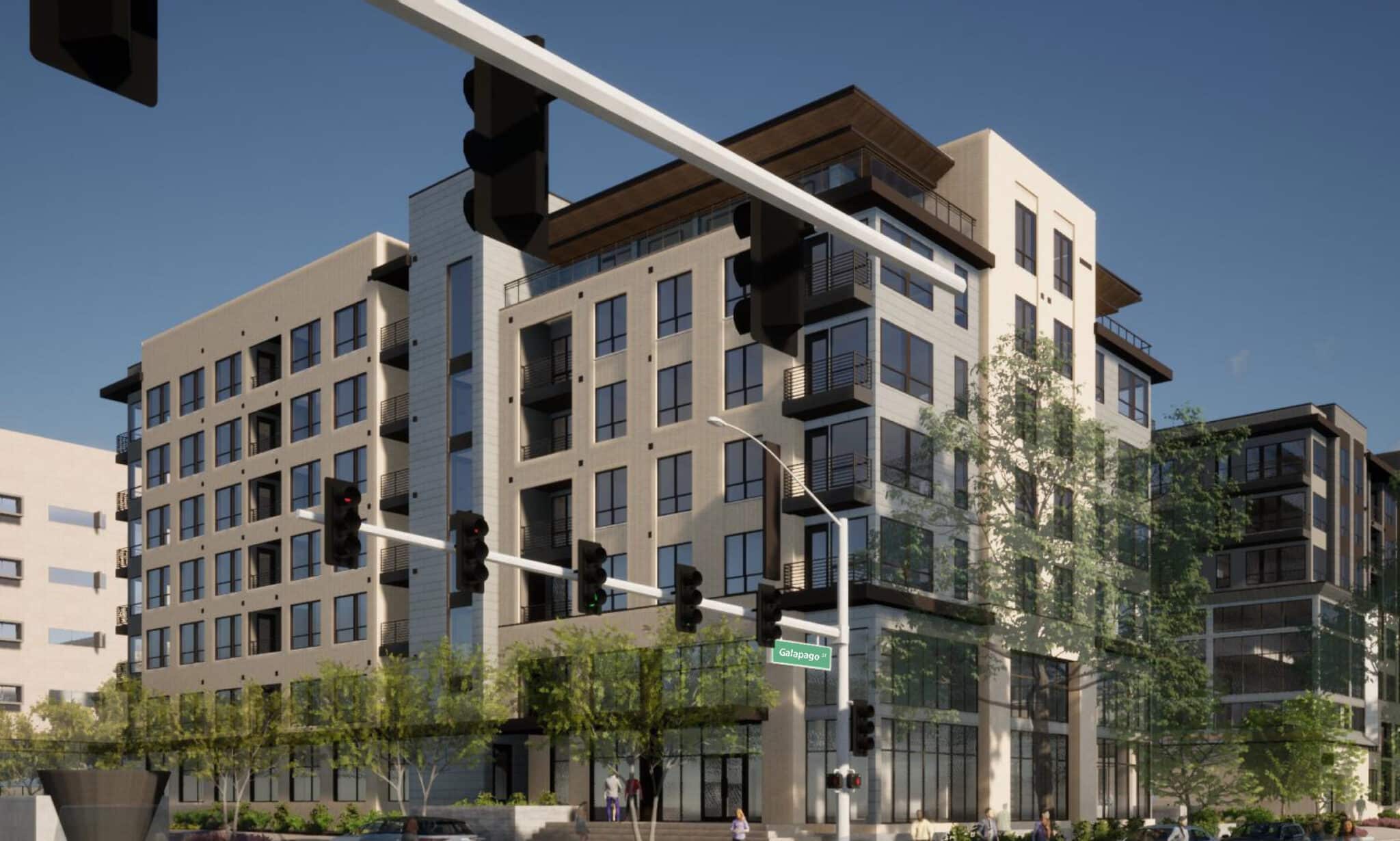 A rendering of Embrey’s planned apartment complex, The Finch. (Courtesy of Embrey)

A Texas development firm planning an apartment complex at the northern edge of the Golden Triangle has purchased the land.

San Antonio-based Embrey paid $15.5 million last week, according to public records, for the bulk of the block formed by Colfax and 14th avenues, as well as Fox and Galapago streets.

The parcels add up to 2.56 acres, which makes the deal worth about $139 a square foot. Capstone brokers Travis Hodge and Tony Bobay represented the buyer.

The sole piece of the block that Embrey didn’t buy is 606 W. Colfax Ave., where The Bank of Denver has a branch.

Embrey submitted development plans for the site in July 2020. The firm said in a statement last week that its seven-story project will be called The Finch, and will have 370 units. 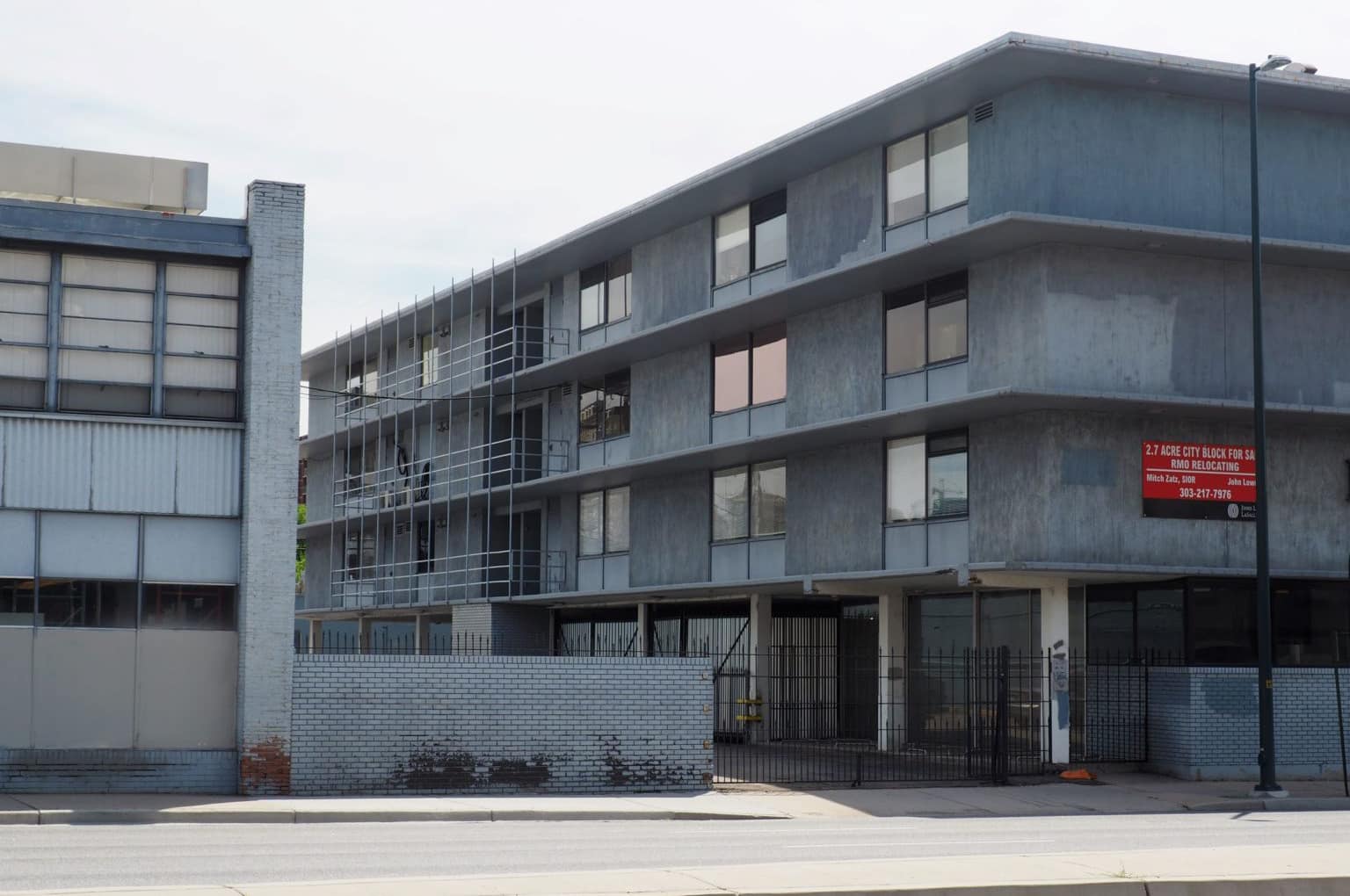 The proposed apartment complex would replace Rocky Mountain Orthodontics’ building at 650 W. Colfax Ave., along with others on the same block. (BusinessDen file)

Construction is expected to begin in the first quarter of 2022, according to Embry, and the first residents should be able to move in come 2024.

There are a number of structures on the site, including an office building at 650 W. Colfax Ave., which is home to dental supply company Rocky Mountain Orthodontics. RMO CEO Tony Zakhem previously told BusinessDen that the company owned all the parcels, which were held under various LLCs.

Embrey is familiar with Denver. The company developed the Luxe at Mile High complex at 3200 W. Colfax Ave., selling it at the end of 2019 for $145 million. Its local multifamily development portfolio also includes Encore at Boulevard One at 7180 Lowry Blvd. in Denver, Westerly at 8510 S. Oak Circle in Littleton and Canyons at Saddle Rock at 6850 S. Versailles Way in Aurora.

The Golden Triangle has become a hub for significant multifamily development in recent years.

A rendering of Embrey’s planned apartment complex, The Finch. (Courtesy of Embrey)

Embrey now owns the bulk of a block along Colfax Avenue, where it will build a seven-story, 370-unit complex called The Finch.