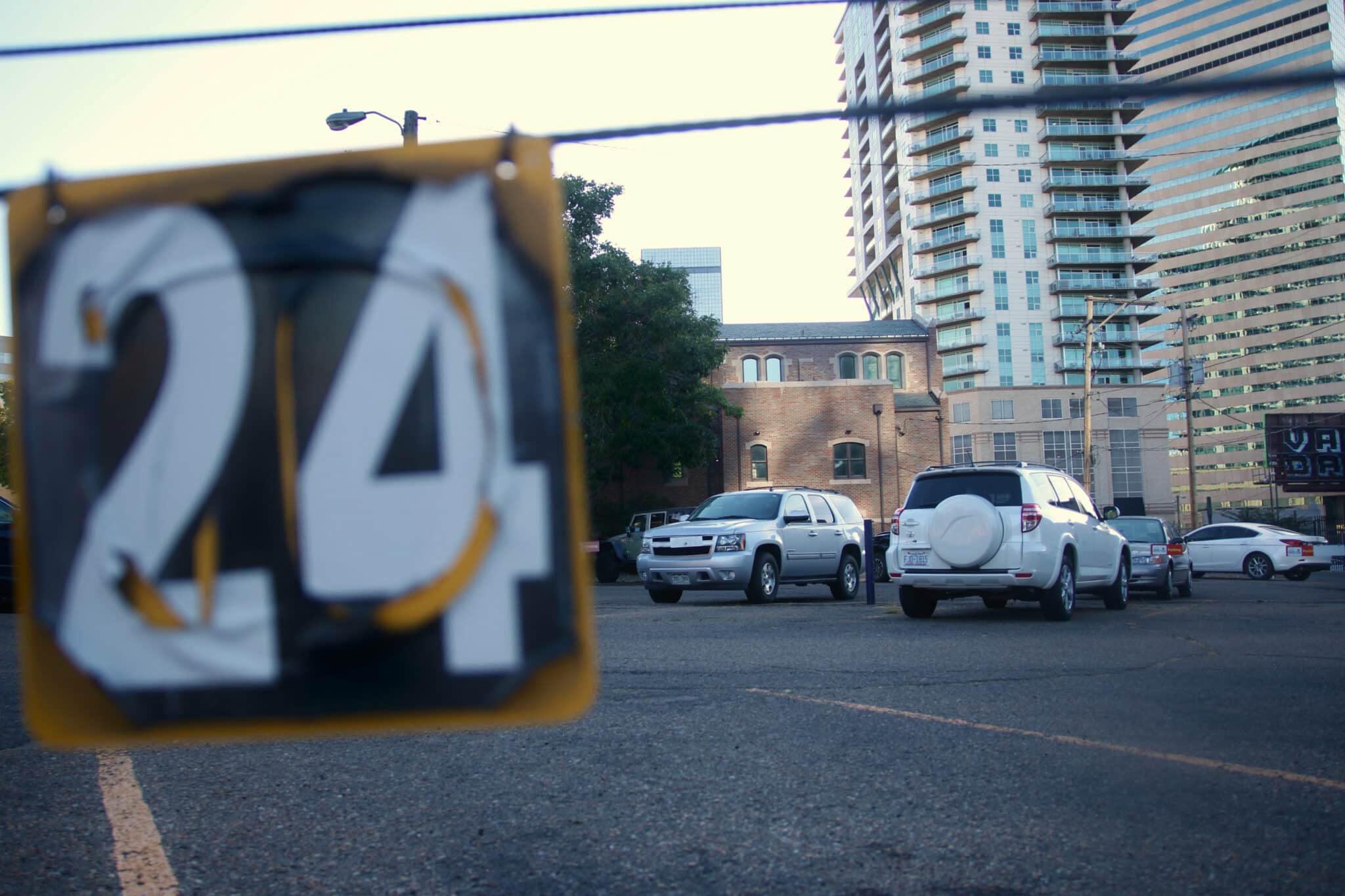 St. Andrew’s Episcopal Church in Five Points has contemplated providing overnight parking for people living in their cars in its parking lot, but church members said that plan is on hold. (BusinessDen file)

Last July, a church parking lot in University Hills became the first spot in the city where individuals living out of their cars could legally park overnight.

Now, the city wants to spend federal funds to expand the effort.

The city said it has set aside $150,000 in federal American Recovery Plan Act funds for the program, and will accept proposals through March 21. Denver included overnight parking sites in the first phase of its five-year strategy to reduce homelessness by 50 percent.

Derek Woodbury, a spokesman for the city, said contracts will be awarded for overnight parking for an initial six-month period, and may be renewed for four additional years, at the city’s discretion, based on “satisfactory contractor performance and available funding.”

The existing overnight parking site is outside the First Universalist Church of Denver and run by Colorado Safe Parking Initiative, which also operates other locations in the region outside Denver. The site does not receive funding from the city.

The location is permitted to host eight cars and 16 people per night, and can operate through 2023. Those who stay there must be approved by church officials.

Chelsey Baker-Hauck, a co-founder and board member with CSPI, said the organization plans to respond to Denver’s recent request.

“We’re still working out all the final details that will go into the proposal,” she told BusinessDen.

It can be difficult to track the number of homeless people living in their cars at one time. Baker-Hauck said CSPI has received more than 1,400 requests since the start of 2021 to stay at one of the organization’s sites, which collectively have a capacity of about 100 cars a night.

“I would say (the demand) increased over time,” Baker-Hauck said. “The general trend has been, since the pandemic and since people started losing jobs, some people who knew they were getting evicted or thought they were going to get evicted decided to leave so it’s not on their record, which is pretty common.”

Cars, recreational vehicles and other innovative mobile housing would be allowed at the newly established sites, according to the city’s request, which does not identify potential sites.

St. Andrew’s Episcopal Church at 2015 Glenarm Place previously expressed interest in hosting vehicles overnight, but Mike Ogborn, who has been working with the church on what to do with its adjacent parking lot, told BusinessDen those plans have been put on hold for now. The church is also considering building supportive housing for homeless people on the site.

St. Andrew’s Episcopal Church in Five Points has contemplated providing overnight parking for people living in their cars in its parking lot, but church members said that plan is on hold. (BusinessDen file)