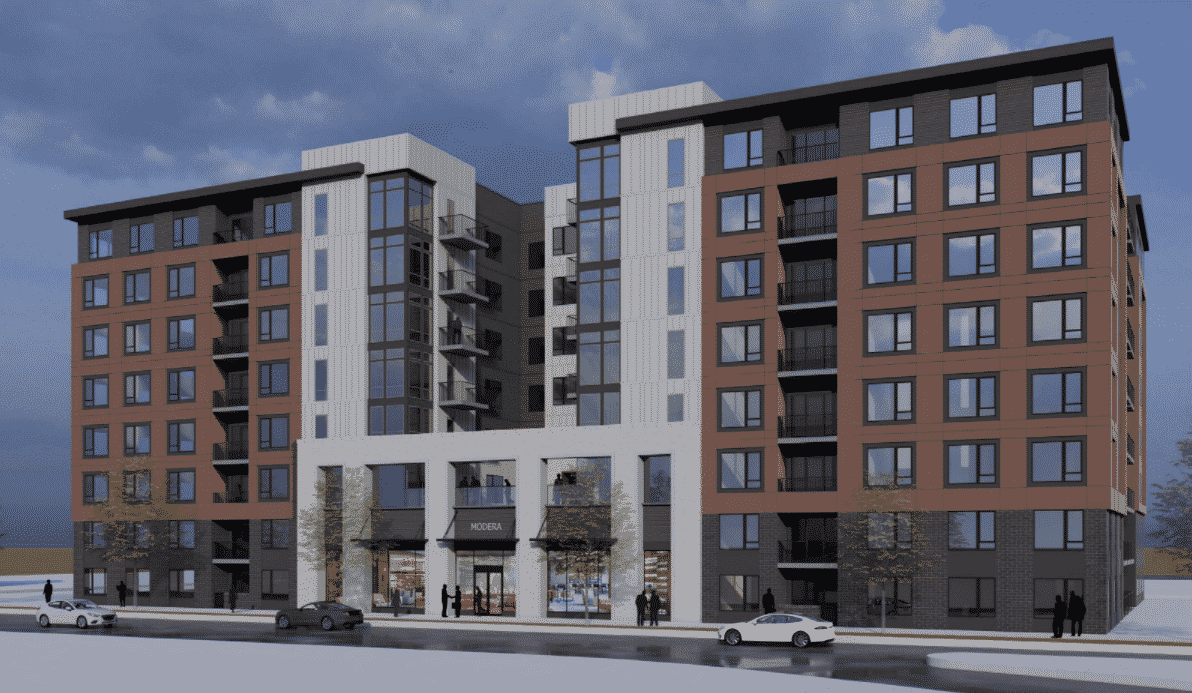 A rendering of the proposed Mill Creek apartment project along Bannock Street in Baker. (Concept plan courtesy city of Denver)

In recent weeks, the city has received two concept plans from the Dallas-based developer known for its “Modera” branding for apartment buildings in the 500 block of Bannock St. and at 3401 Blake St.

The Baker project would be eight stories and have 219 units averaging 753 square feet, according to the plans. There would be 220 parking spaces.

A portion of the site, which is immediately south of the Denver Health campus, is fenced off and undeveloped. There are older homes on the two southernmost parcels. 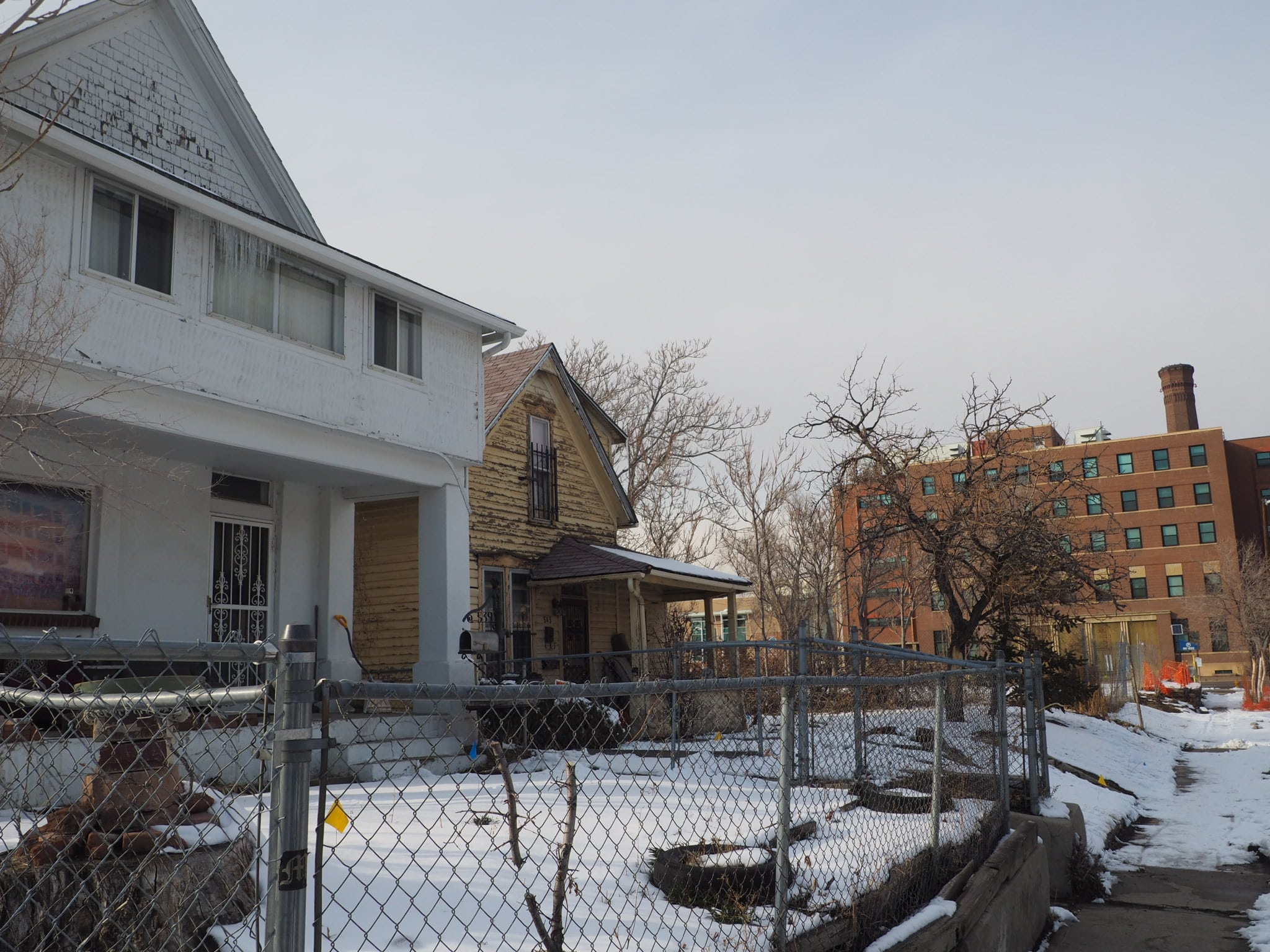 The Baker site, just south of the Denver Health campus, has two homes on a portion of it. (Thomas Gounley photo)

The site is zoned for five stories, but within the 38th and Blake zoning overlay district, which allows developers to build higher if they meet certain requirements involving income-restricted housing.

Mill Creek wants to build a 12-story complex at the site that would have 198 units, according to the plans.

The lot is owned by HBTC LLC, which purchased it in 2010 for $1.2 million, according to property records. The existing building is leased through this year, according to its website. A contact listed on the building’s website didn’t respond to a request for comment.

Mill Creek does not appear to be affiliated with either of the entities that own the two sites, but that’s not unusual. Developers commonly submit development plans to the city for properties before they close on the purchase of them.

Mill Creek has developed a number of complexes in and around Denver. The company is currently constructing a project in Cherry Creek, and has proposed a second a block away. In the Golden Triangle, work is underway on an eight-story project at the former Rocky Mountain PBS’ property, which Mill Creek bought from the state last year for $15 million.

A rendering of the proposed Mill Creek apartment project along Bannock Street in Baker. (Concept plan courtesy city of Denver)

The Dallas-based developer is already constructing apartment projects in Cherry Creek and the Golden Triangle.