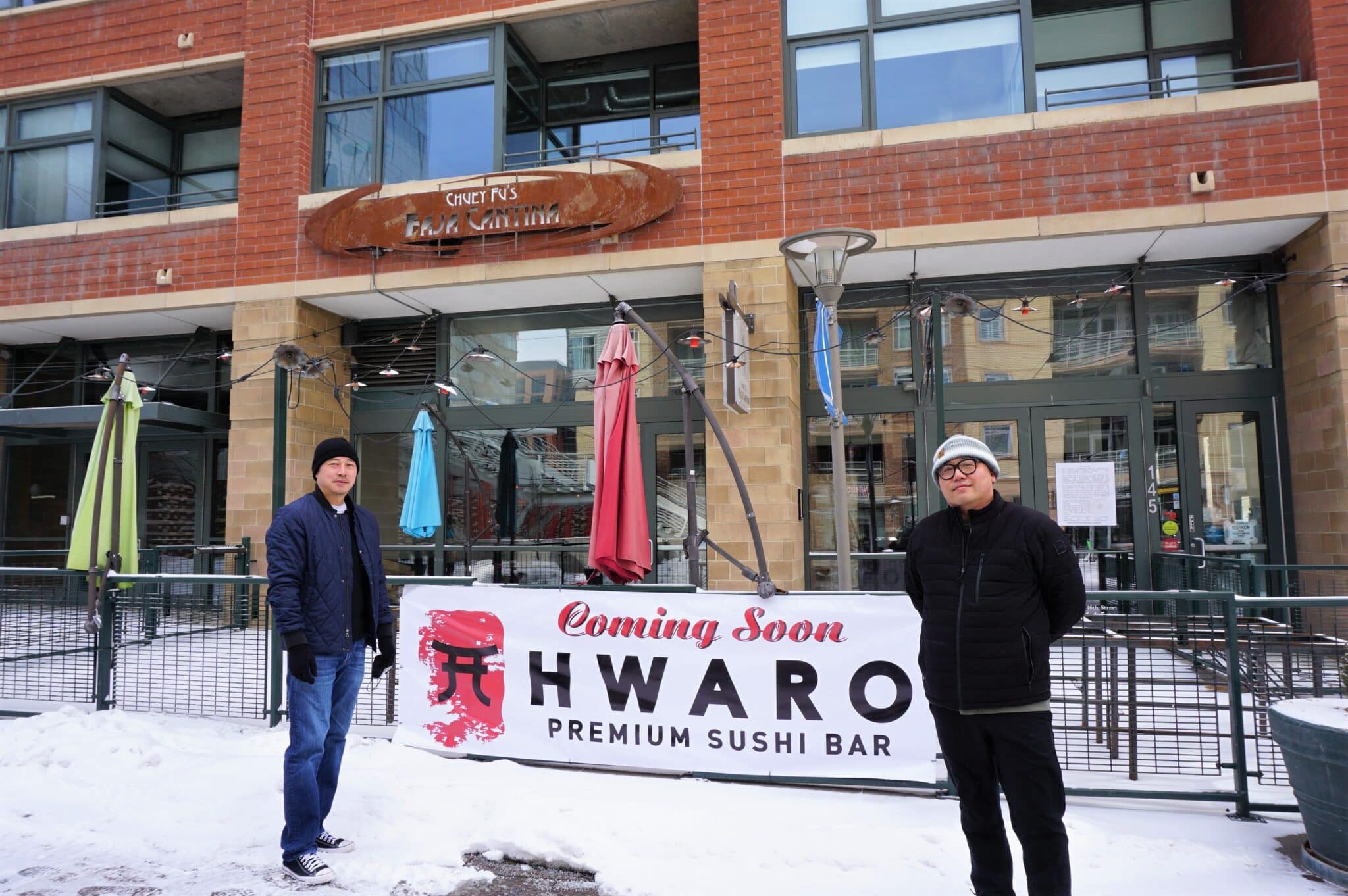 After selling his four restaurants in California last year, Jeff Lee packed his bags, moved to Denver, and never looked back.

The restaurateur is getting ready to start a new restaurant group, Hwaro, in the Mile High City. He’s already signed four leases, including in Riverfront Park.

“The competition in California was a lot, but it was mostly the rising wages, taxes and rent that pushed me out,” said Lee, who lived in Colorado Springs before California. “In Denver, you don’t see a lot of restaurants fail. So, we hope to be one of them.”

BusinessDen reported in 2020 that Lee and partners had leased 5,550 square feet on the ground floor of The Confluence apartment tower at 1441 Little Raven St. in Denver for Hwaro Korean BBQ. As is standard for the genre, Hwaro — which is pronounced as if the word doesn’t have a “w” — will have grills built into the tables, which customers use to grill the meat and vegetables they select.

Lee said permit delays have pushed the opening back, but he and business partners Alex Lee and Doug Moh expect it will be ready for the public in the next four to five months.

The three hope to open two other restaurants before then, however.

They’re targeting an April opening for Moonbongri, a Korean restaurant focused on dishes like pork bone soup, at 2751 S. Parker Road in Aurora. It’ll be located near H Mart, the Korean grocery store.

And the trio also hopes to open Hwaro Premium Sushi in April in 2,900 square feet at 2000 16th St. The corner unit at the base of the Millennium Bridge was previously home to Chuey Fu’s Baja Cantina. Lee and his partners signed a 10-year lease. 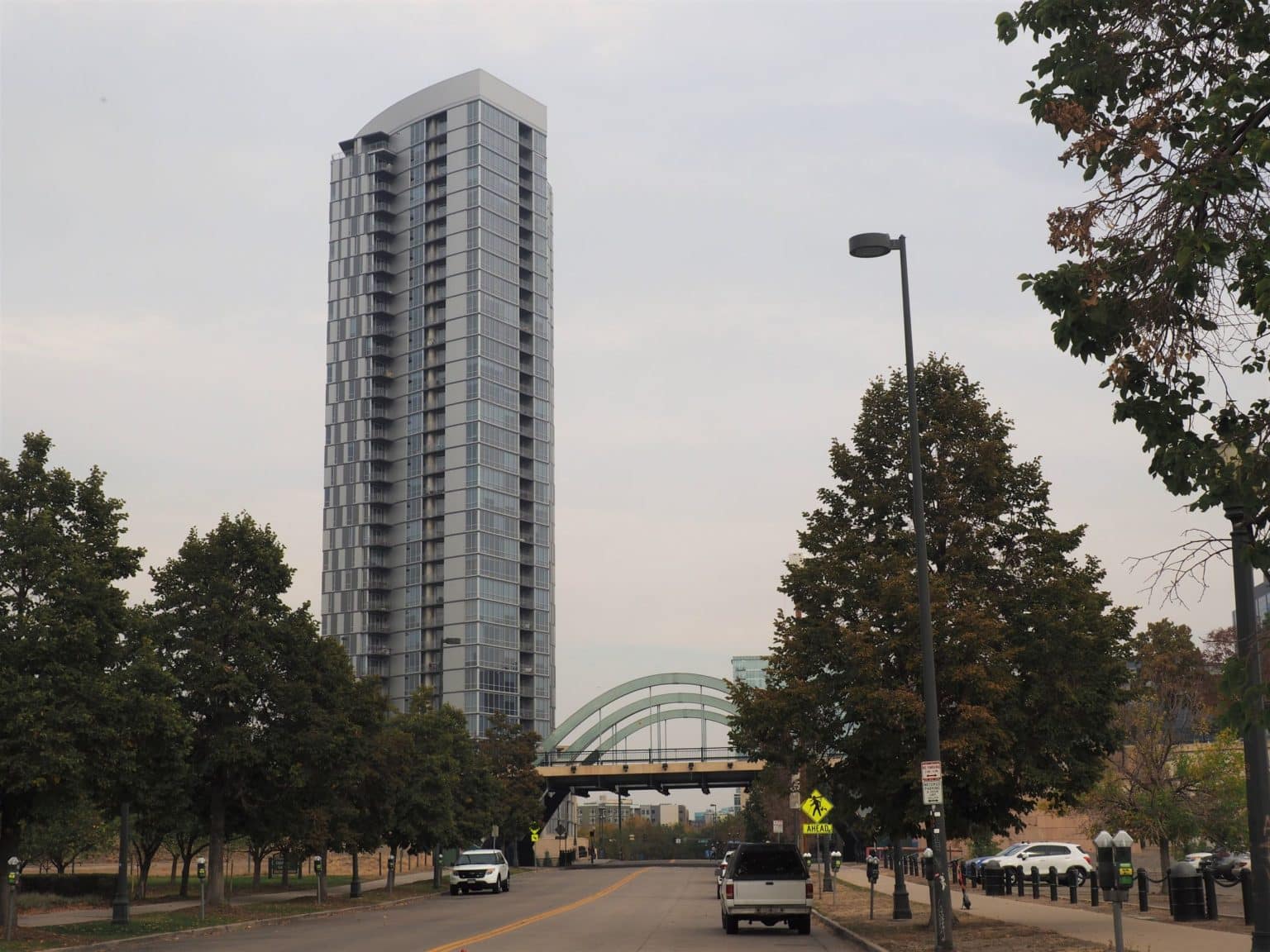 Apartment tower The Confluence is at 1441 Little Raven St. in Denver. (BusinessDen file)

Lee’s partner Alex, who shares his name but is not related, has spent 25 years working with sushi and previously oversaw four restaurants for L.A.-based Octopus Restaurant Group.

“I was all about barbecue. But when I brought Alex in and saw the passion and experience he had, we decided to take advantage of that,” Lee said. “He knows quality fish, and we’re going to make all of our sauces in-house. So, hopefully that sets us apart.”

Last month, the partners signed another 10-year lease for a second Hwaro Premium Sushi location in Wheat Ridge. Lee said he plans to open the 3,600-square-foot restaurant at 7333 W. 38th Ave. on the ground floor of the West 38 Apartments this summer.

Hwaro is doing a custom build out on the space, and Lee said they plan to spend up to $700,000, including adding neon lights and creating a modern, nightclub atmosphere.

Zach Cytryn with Broad Street Realty has represented Hwaro for all of its deals.

Eventually, Lee hopes to open five locations of Hwaro Premium Sushi and Hwaro Korean BBQ around the country, including in Minnesota and Chicago.

“I want to bring some freshness to some of those more land-locked cities that have a more traditional restaurant scene,” Lee said.

“In Denver, you don’t see a lot of restaurants fail,” said Jeff Lee. His company has signed two leases in Riverfront Park, as well as in Aurora and Wheat Ridge.